Fly fishing In North Yorkshire and Dating agencies, a bit of a conundrum ?


Through my Blog One of the questions I get asked the most is, how do I get into a river fishing club?  Now obviously my area is North Yorkshire but the internet chatter I hear is that there are a lot of folks  all over the UK with a similar problem there are also a lot of clubs with the same problem which is ;  They are short of members but are very wary of open advertising as they don’t want to attract the wrong sort .  That "wrong sort " phrase sounds bloody awful to be truthful ,  but I would hope we know what it means I am in several clubs and they are a bit like an extended family days by a river are precious and I guess like myself you get a bit miffed if you meet someone fishing who is behaving in a way that pisses you of .  For me its ill manners, and that ultimate sin of jumping in the river in front of me.


A friend goes positively ape shit when he finds discarded litter and waste line.  Others hate hearing mobile phones.  People generally are strange and let’s be honest keen river fly anglers tend to be at the end of the normal spectrum anyway.   The situation was highlighted to me even more this year .  I left a pretty expensive club and looked around and was surprised that getting into a couple of others that a few years ago were pretty much closed shops was fairly easy.  Now I know through fishing and the blog I have a pretty good network of connections but yet there is still a load of people looking for clubs and clubs looking for people . 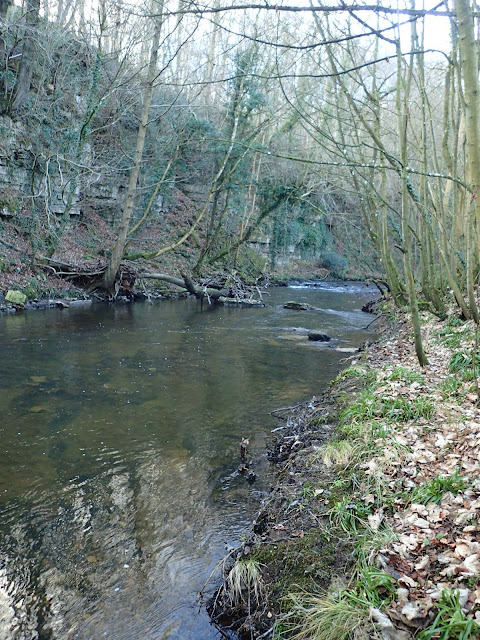 Fishing clubs are just like people, some are once met you never want to be apart. Others are well let’s say relationships just run their course and others well best they really don’t get going at all.
Truth is I do have the contact details for most of the Clubs around here and get many random emails asking if I can provide contact details for clubs other than the ones on my Web page. Trouble is those on my web page are the ones in the public domain. It is pretty Much like the dating game really isn’t it. Lots of people wanting to get into a relationship with clubs and lots of clubs wanting their patronage but they struggle to get together.  True there are clubs with waiting lists , by and large these seem to be split into two groups There are the clubs that offer angling that is so good that people will pay whatever to get  in, yes they are still there I am on the waiting list for one .  I expect to be on it a long time.  I recently joined one club after a near 9 year wait on the list.   Not expensive but wonderful.   Then in the middle there is a whole raft of clubs, associations and syndicates that offer decent fishing and at a price varying from reasonable value to eye wateringly expensive.  It is those at the expensive end that are particularly struggling, People now want decent value and many clubs just don`t offer it unless the member can fish the club water 20 or 30 times a year which for many is pretty unlikely.   But even for them I am sure there are people out there

But if there is a fishing club out there that would like me to add their details on to the Fishing page then don’t be shy.  It gets a lot of hits your advert may be the start of a beautiful relationship with Mr or Mrs Right .  Some clubs really need to try something different there are many good fly fishing clubs out there and there are still many people wanting to be in them.  But despite the Interweb people are not connecting .  I just reviewed the stats for the blog and it had 53 hits in the last few days for people searching for fly fishing in the North Yorks Area.  A lump of them are potential members of clubs.

Posted by Becks and Brown Trout at 09:02

I spent a couple years in the Amador Fly Fishers Club. For me, I'm not a joiner and have subsequently left the club, but over here the clubs do a lot of good work, but being in a club is not a requirement to fish. I don't believe any of the local waters are controlled by any clubs.

Mark Over on this side of the Pond virtually all river fishing in England is under private control. There is very little free fishing many clubs were established over 100 years ago . In fact in the Uk there isnt very much at all thats free...

I know that feeling Andy, A few of my local clubs the average age is 75, they dont advertise but expect the younger members which I think there was 4 of us below the age of 60 in this particular club running around after them but wonder why the club is starting to fail as they vet every member to see if they are a viable option for membership... so needless to say that club wasnt renewed this year, Its a very fine line as one of the clubs although quite expensive in relation to other club fees I maybe only see 1 other member on the water all year so have the place to myself, but like most folk these days I have drawn right back this year to only 2 clubs. tight lines this year mate
Kind regards George

I am new to the forum as this is my first post.
I've been fly fishing for 30 + years , I grew up in Cheshire and had many rivers on my door step.
Back then most of those clubs , required a personal letter from God to become a walking member only , after 4-5 years and attending work parties , an offer membership would be issued.

Times have massively changed , those clubs are going to fold if they don't get new blood.
Getting the right type of member is most important , I used to sit on a interveiw committee , we turned away more than we offered membership to.
There does seem to be generally a huge lack of respect towards nature and peoples property country wide.
I was luckily enough to spend a few years working out in Montana , in a little town named Ennis.
That was a totally different story , it's a well oiled machine with strict regulations imposed.
Plenty of public water available , no discarded rubbish , no tippet left on the backside, fish all handled with care and respect.

George I resigned from one club that TBH wasnt fantastic fishing and at nearly £500 was expenisve , the only saving grace was the fact I could fish it 20 or 30 times a year it was 5 minutes from home. But catching to many stockies and not enough Grayling finished it for me . I am in a few clubs but they are about £50 each.. with one at about £100 but with some sea trout .

I am a member of two clubs with very different outlooks. Both clubs charge around the same to fish their waters. One is a small village club with access to a few miles of single river the other is more regional with access to several waters.

One club recognised well over a decade ago that it's membership was aging and without new blood it would soon fold so it actively pursues new younger members to keep the club afloat. The other club is like those you mentioned with a long waiting list to gain full membership and proposal and vetting by the committee for new members. Thankfully however, I thinks it is slowly starting to realise that unless it changes and becomes more open it will fail. I went to my 1st AGM there last year and was probably the youngest full member, most of the others where well over 60 and I think the stark reality was finally starting to hit them. Would it surprise you to know that it was the village club that realised it first and put measure in place to make the club sustainable in the long term?

Talking to friends and family, I believe that this is something that is also affecting the big old traditional golf clubs as well.