I know this isnt a political blog ,  but yesterdays events in Paris remind us all of what a precious thing free speech is....and the irony is the freedom of speech that they would deny others is the very freedom that allows them to preach their intolerance.


Today despite the last remains of the flu that has laid me low over christmas still hovering about I decided that it was either my sanity or a couple of hours by the river  it has been many weeks since my last fix,  now the long suffering her indoors has been my ministering angel for the last ten days was less than impressed by me hastening my flu recovery by standing in a freezing river for a couple of hours , but in my mind the needs of the mind outweighed the needs of the body....anyway thats my logic anyway.

The fishing was as always for me when search nymphing for grayling in winter a little less than inspiring.   All the parts are there , the river, the fish , I have the rod and reel but like a chemical reaction without the heat it just doesnt fizz,  Dont get me wrong I enjoy the fix  but I guess its like a life long fag smoker using one of those weird little machines that everyone has stuck in their mouths. It hits the spot without ringing the bells and setting of the fireworks,   What I need is trout , sunshine and hatching flies. 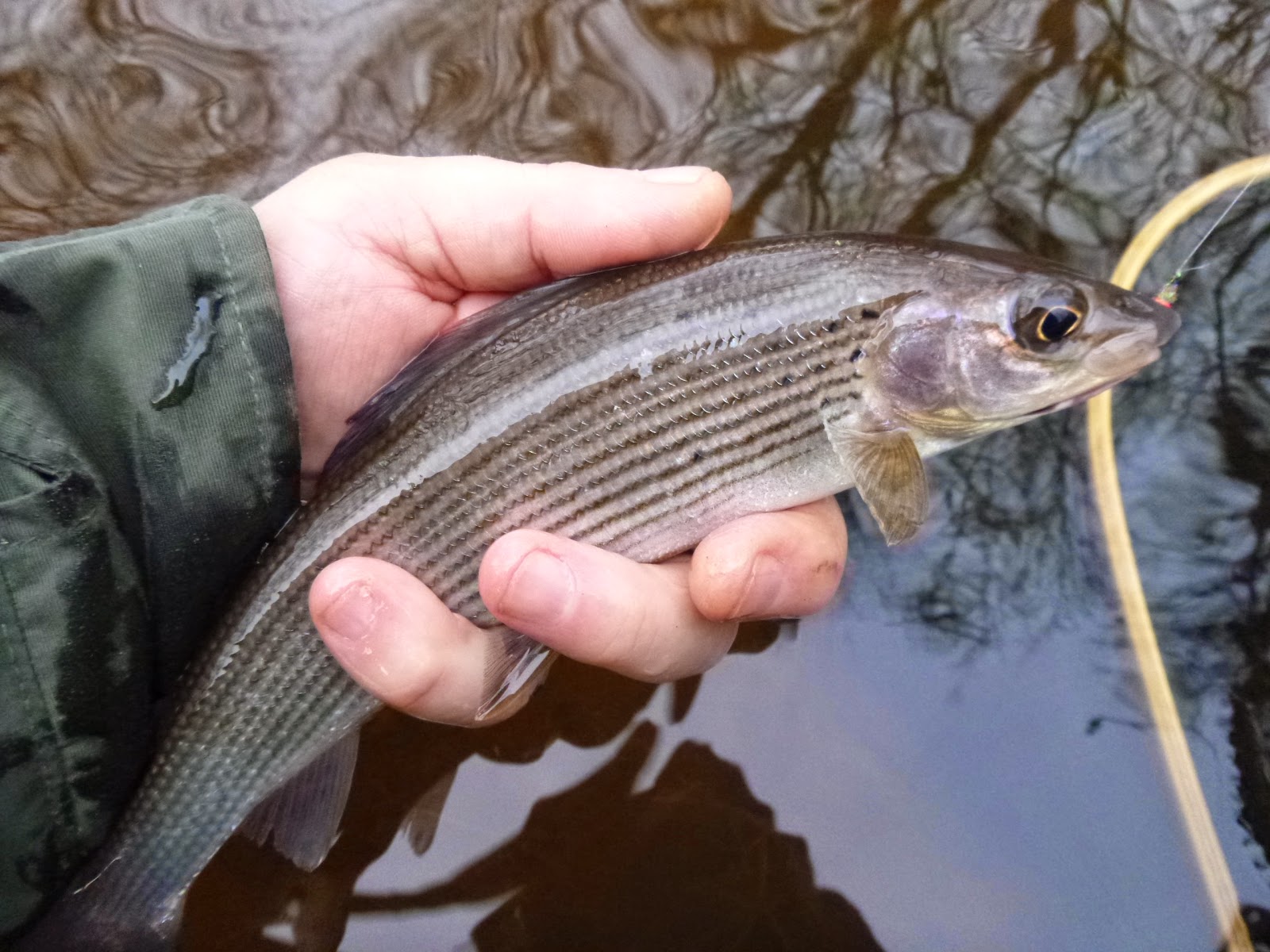 Anyway the first fish of the year came along reasonably quickly a nice little graying about average for the river , this was followed by another three including one that was just about able to fit the hook in its mouth.  It was important I caught I hate blanks and a blank the first trip of the year would sit badly with me. The last fish of the day was another sodding rainbow.  The clubs insistence in stocking these things is a constant mystery to me.   I am yet to meet a fellow member that wants them in the river . Also I am told that they extend the trout season through october,  well perhaps they do but everyone I met on the river last October was after grayling . 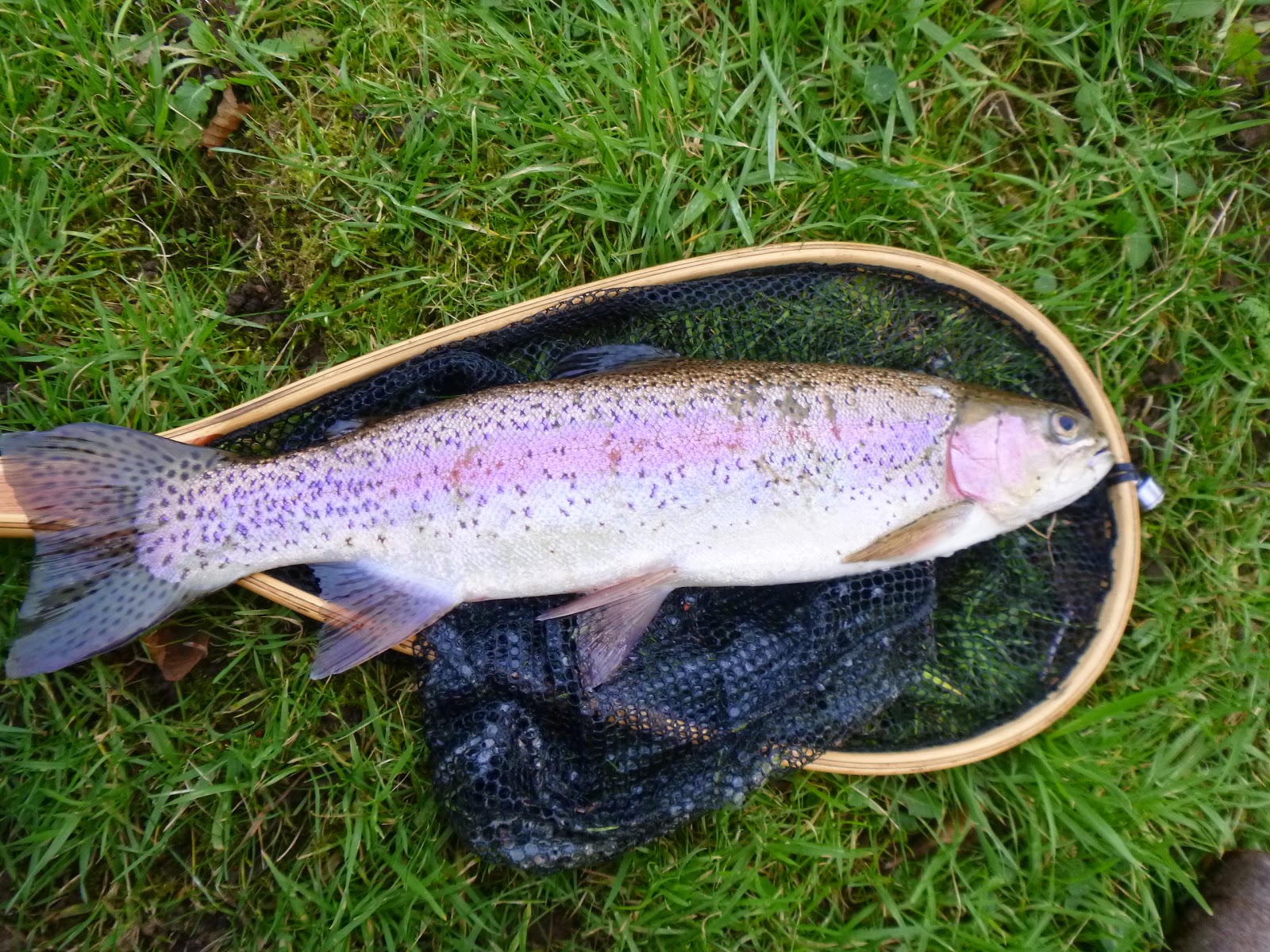 I have to say that the benefits of a well managed river were welcome to day the rope to haul myself up the bank was a very welcome sight today I finished the day well knackered but feeling that at least for a while the itch had been scratched. 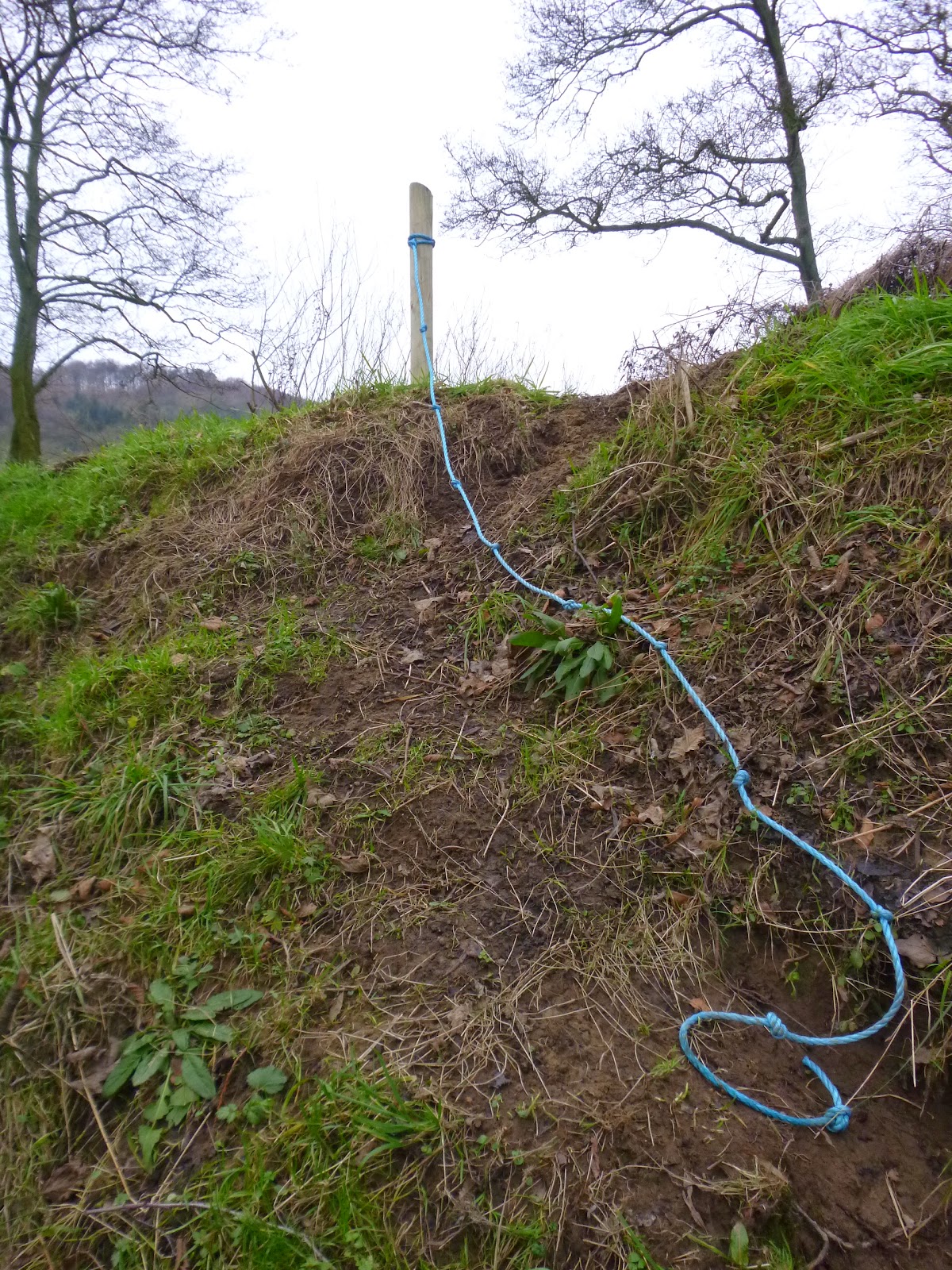 Posted by Becks and Brown Trout at 21:34 No comments:

Thanks to all you readers who keep coming back for more of my rambling ,  Apologies also for the lack of anything at all in the run up to Christmas,  I had a few thoughts on something but that will come in the next month or two .  Christmas this year taught me that having the flu is completely different to all those things that people glibly announce like I had a touch of the flu or I have had man flu.  No having the flu for the first time in my 50 plus years is like having all your joints cased in concrete  and then being run over by a truck.  This truck parks on top of you for a week making you unable to move without shivering or sweating .  I  suppose losing half a stone in a week can help with my usual get fitter New Years resolution .  Anyway one book that I had a copy of years ago was put on my wife's hints list and appeared on my sick bed on Christmas morning .  On the few occasion I could be bothered I have been reading it,  the simple fact and logic based approach makes for  a stunning read 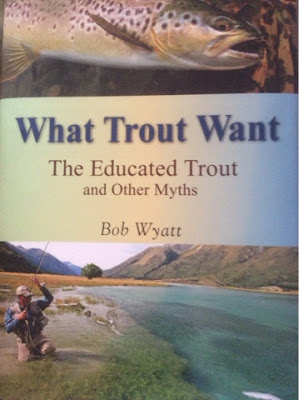 Apologies for the poor pic an iPad whilst in bed is not the best recipe for quality,   As for the book buy it , borrow or steal it will be a revelation .
Posted by Becks and Brown Trout at 22:26 5 comments: