Grayling Party time but with a gatecrasher.....

This last month I have been out on my local rivers enjoying the start of another Grayling season. Although I have caught a few during the summer and the season for them runs right from June I dont feel as if the party starts till the end of September when the Trout season finishes,  This weekend was typical grayling season weather ,  Windy and very Autumnal with the river surface covered in leaves and even the odd branch floating by.  But at least things got going I  had probably a dozen grayling with nothing bigger than half a pound.  Caught way to many trout , I cant remember a year when the brownies were still as active as they are now . A result of the mild Autumn.  As for the grayling whenever I catch one I am always reminded what a very beautiful fish they are.. 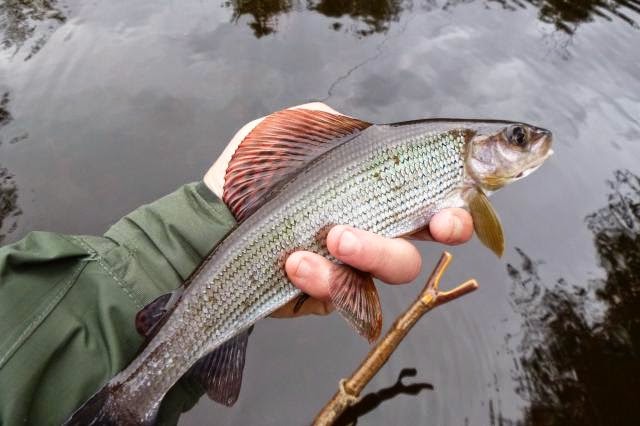 One gatecrasher at the partywas this rainbow,  at around 2lbs it certainly gave a good account of itself on the 3wt,  these things cause a mix of opinions on the river in my local club. They are stocked and some members enjoy catching them and enjoy the fact that it technically extends the trout season for an extra month.  Certainly this last month has seen them rising freely but most of the anglers on the river seem to be after grayling so its a bit of a mixed blessing .  As for me well I have my own views and unlike the Grayling this didnt go back in the river... 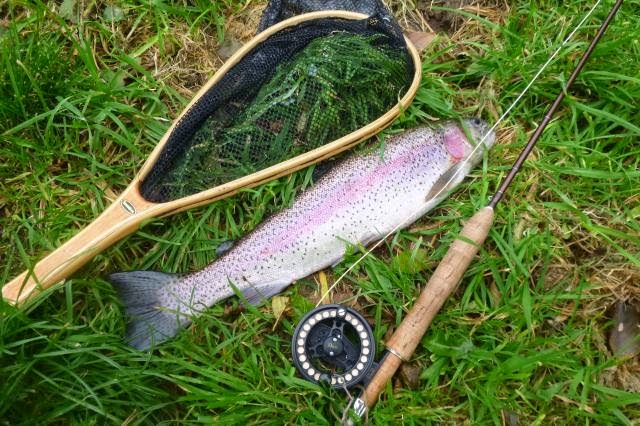 Incidentally my first grayling trip on the local beck resulted in a totally trout catch with the fish feeding hard , apart from just one fish that as a coarse species was legally captured .  It pleased me in one way that my nymphing skills have been sufficiently improved this season I actually saw the take.  Perhaps not a huge speciman but certainly my biggest of the season. 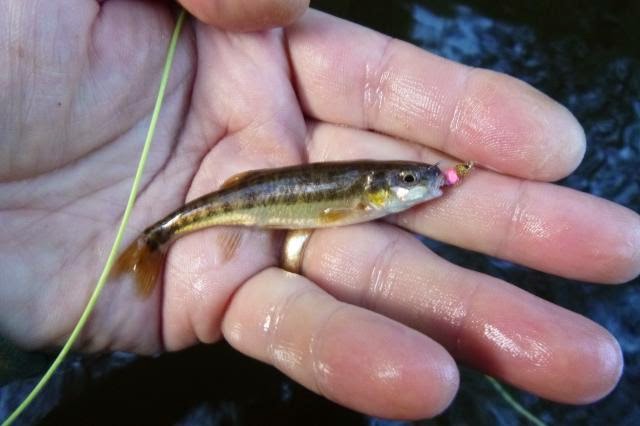 The recent rains have refreshed my local beck just a shame its done it once the trout season has finished.  The bottom OOS brownie is typical of what the beck holds with wildies to a pound and a half a real possibility. With a smattering of grayling for good measure. 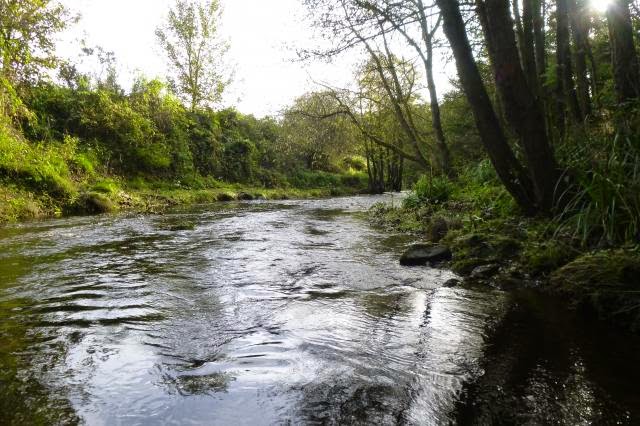 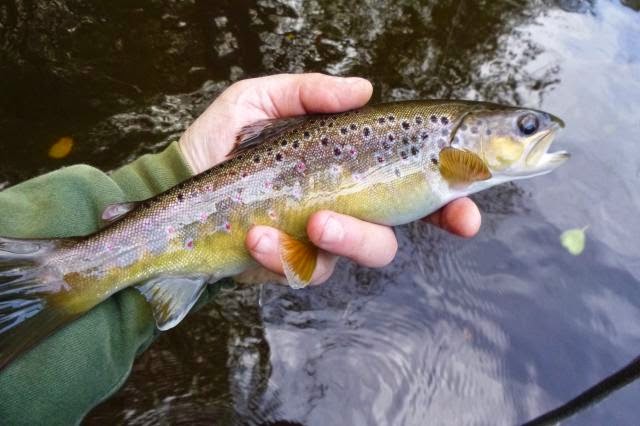