Two weeks in to the season and things are starting to warm up. Another trip to the little Foston chalk stream was in order .  A fascinating stream with very high levels of invertebrate life .  Although these days it can be impacted during the summer by low levels of groundwater , as are most of the southern chalk streams .  In the old days aquifers were left pretty much untouched . These days deep boreholes allow agriculture to pump millions of gallons of water onto ever thirsty crops.  Sadly this leads in part to low flows and some impacted gravels which then impact on the fish life.  However for all that the stream is comparatively lightly fished and allows me to explore a unique style of fishing .  The stream is one of a small group of chalk streams that occur in the northern UK ,  they rise from the same chalk bedrock that rises again in the south to give birth to the famous Southern chalk streams such as the Test and Itchen .  Over the last few years I have been fortunate to fish The Itchen and one of the smaller  streams the Anton.  I have to say they are generally both over manicured and overstocked.

The real joy of this stream is that it is relatively lightly managed and therefore it is more interesting and challenging in my view than the stereotypical English chalk stream.  The levels of surface activity are very good.  The fishing is fascinating and there are fish that offer real surprises .  They also fight like the devil. 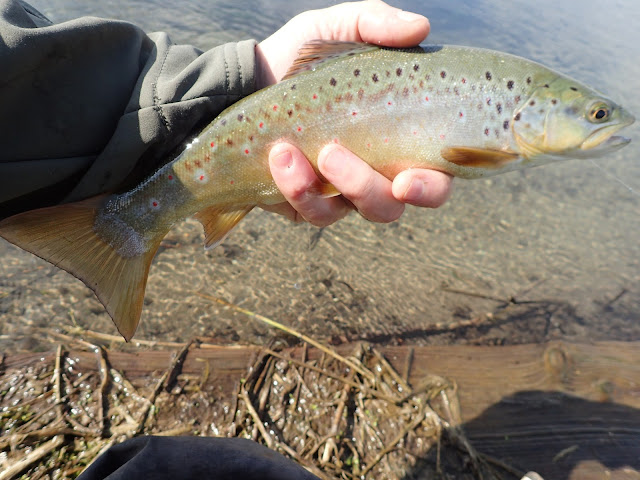 The amount of natural food there is in this stream is incredible ,  the fish tend to be butter fat and very strong . Especially the wild fish and the stock fish that have overwintered. The above fish scrapped like something twice its weight . 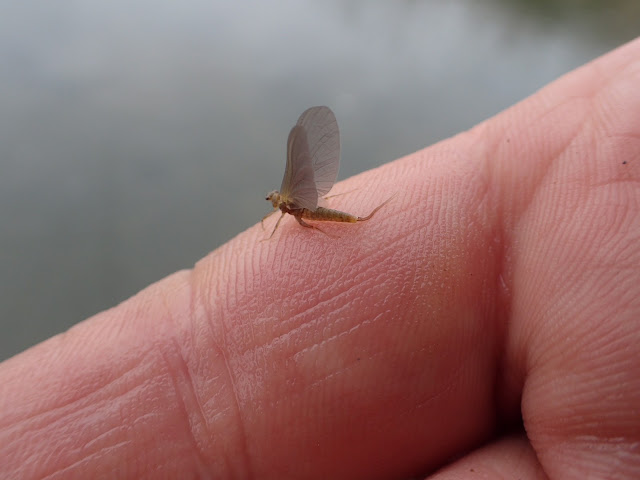 There is plenty for them to eat,  On opening day this year despite the cold weather there was a decent hatch around lunchtime .  The first day of the season gave me a decent hatch and every day I have visited I have seen rising fish .  The stream has tremendous up wing hatches . 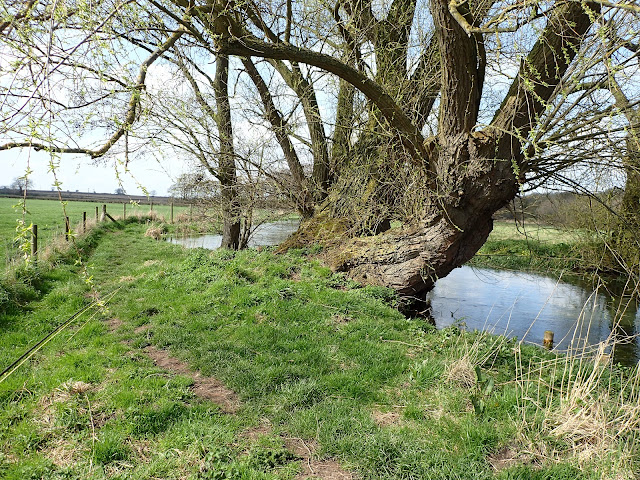 Whenever I look at this willow I cant help but wonder how many anglers have past beneath it .  Its very old the base of the trunk must be 10ft Diameter.  This end of the river is very much in the mould of what a chalk stream fishery is meant to look like.  The lower half of the fishery is in some ways  less picturesque but is lightly fished and  holds some real surprises.  It also gets pretty overgrown , Which is very much at odds to the usual image of a manicured chalk stream 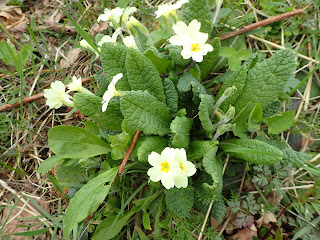 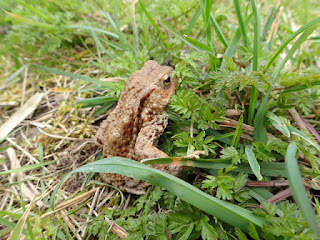 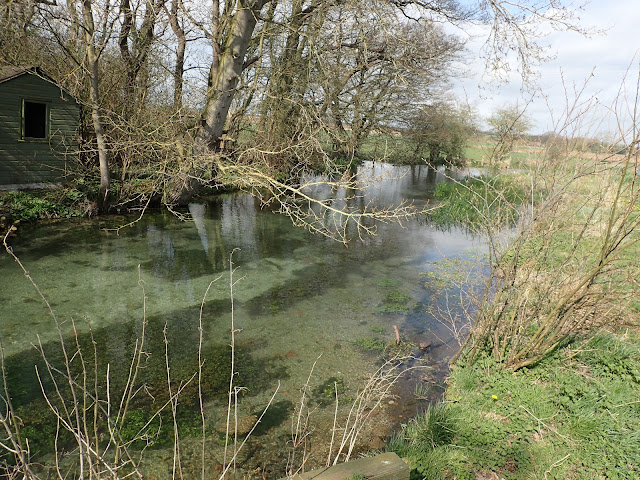 There are a couple of real brutes lurking there . I recently spent an hour trying to get one fish to take... 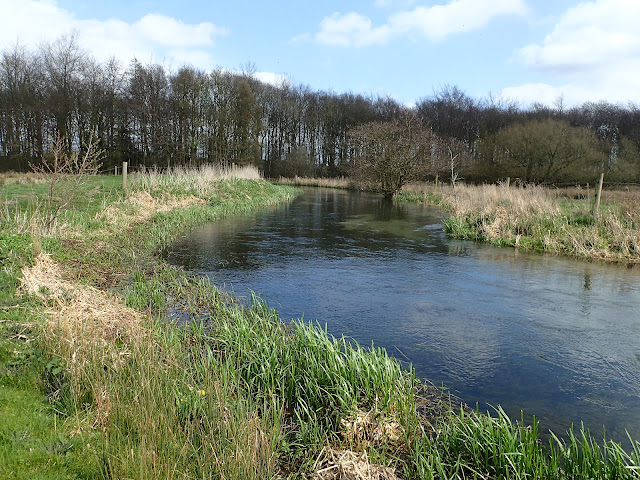 "First on a Dry"... Don`t you just love those words

First on a dry.. I just love those words .  It signifies so much more than just a fish caught .  It signals things are up and running , the shack nasties are banished and I can start to festoon the trees with all those flies I have so carefully tied during the winter.  It means the Grannon, Hawthorns and Mayfly times are just around the next bend .  Warm sultry evenings with rising brown trout or even splashing sea trout.  Yes the good times are here again.  Well when I say here its more of a nearly here .  Actually here we have blown flooded rivers, bank collapses , trees down and assorted other damage.
But the season is now officially up and running and I am happy that I rejoined the little chalk stream syndicate this year and can enjoy a spring fed river that resists the worst of the deluge. 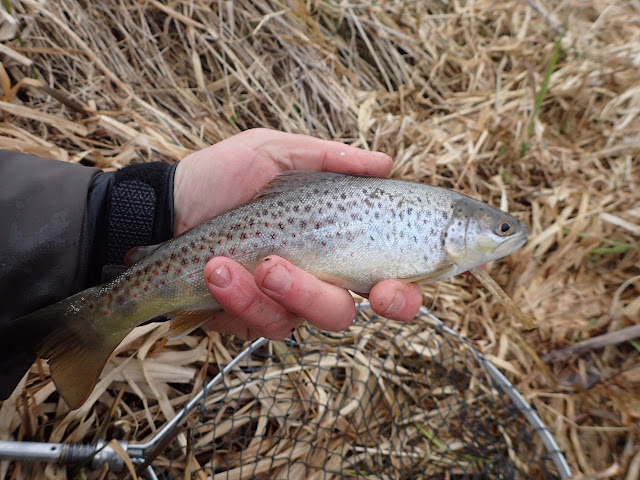 last Sunday was the first day it was open.  I left the driveway in a hailstorm and drove through heavy rain and eventually along the farm track that bore a remarkable resemblance to WW1 pictures of the Somme .  Even the chalk stream was a little cloudy .  Not the usual Gin clear perfection of summer .
After an hours fishing in the cold something happened which changed my whole perception , the day seemed warmer the harsh wind softened and the water cleared ,  in reality I saw a rising fish , then another and then I saw them.  Large dark olives a mere smattering of them but enough to bring the fish to the top.  The first I missed foolishly rushing the strike.  The second I hit but the fish jumped and threw the barbless hook.   But the third came to hand , a small fish but oh so precious.. 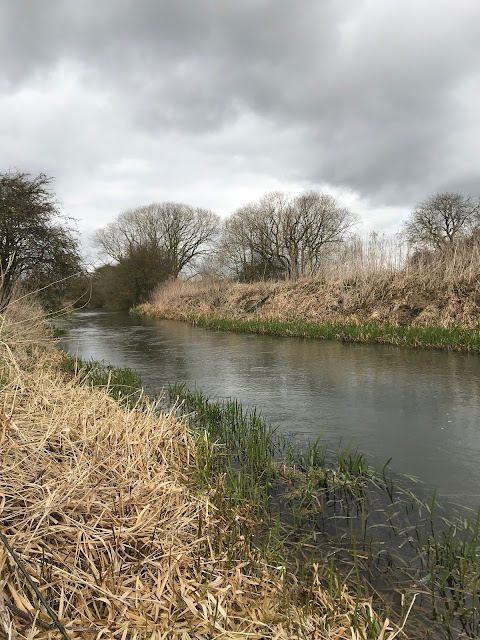