What a strange back to front Season

So that`s it then the 2022 trout season done and dusted.  " dusted" being the operative word. Never have I seen so little rain and the rivers so low and here we are in October with warm dry weather still.  local wetlands and ponds are in many cases completely dried out .  It has been a strange old year and my first trip of the Trout season resulted in a fine catch of ....out of season  Grayling all of which were caught on dry flies it was a perfect opening day except that I couldn`t catch the correct species.  Now here we are a couple of days after the season has ended and my first trip of the season started on a local river and all I could catch was trout . 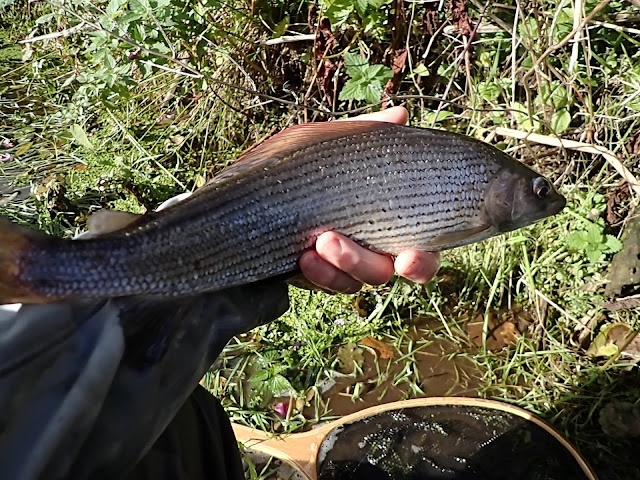 In fact if I continued I could have probably had my best days trout fishing of the season .  I reckon the recent rise in water levels had triggered them to feed.  They certainly were beating the Grayling to the nymphs. In the end I decided to up sticks and move to another favoured stream just 10 minutes away .  This stream is small , overgrown and like the other is completely un-stocked. In form though quite different the first has a bed of slab rock limestone .  High water quality but not a lot of silt and fine sand . Where as this stream flows through clay and gravel beds .  Lots of fine aggregate in the water course with lots of good invert and spawning areas. It can have an amazing mayfly hatch and has a lot of BWO. 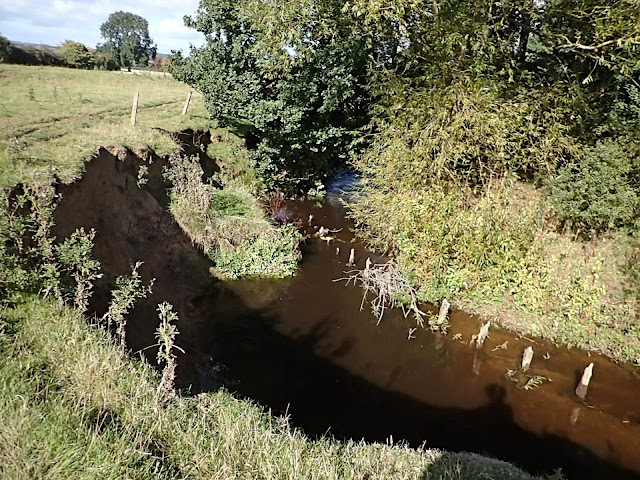 The first couple of runs didn`t show any fish and was initially taken aback on how much colour it was carrying , I did catch a couple of trout but kept moving to known Grayling lies and eventually got into some small fish,  finally hitting on the fish below which was the first proper fish of the day and then on on the very next cast  the fish at the top hit. At 15 inches and at about a 1lb a very good fish for the river. 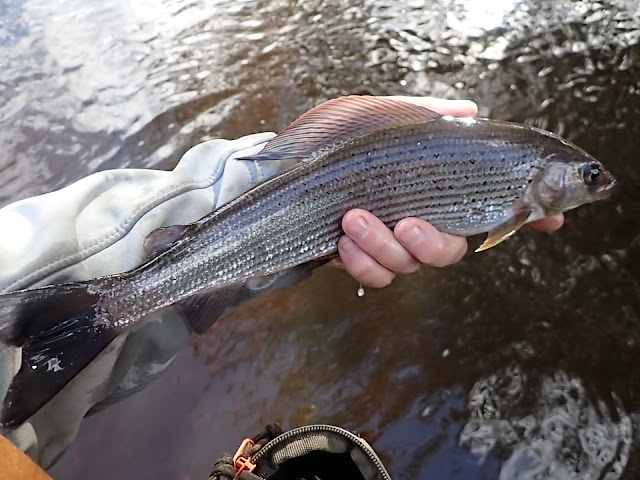 It was an enjoyable day ,  but I fear that even on the following day the extra water was dropping away fast,  We really do need some serious rain quickly it needs to last a while as successive dry years have depleted the aquifers . ideally a month of heavy snow would be good. then a long gentle thaw ,  Then maybe a very wet spring just be certain.  So if you are listening God, lots of wet weather please. I know you are close as you are still working from home.. In Yorkshire ,,, 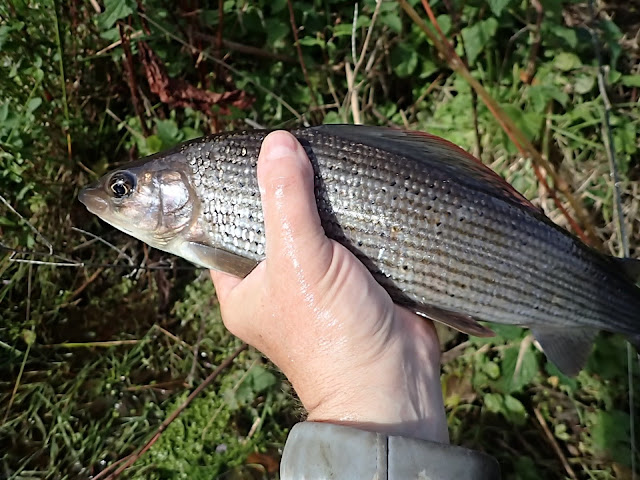