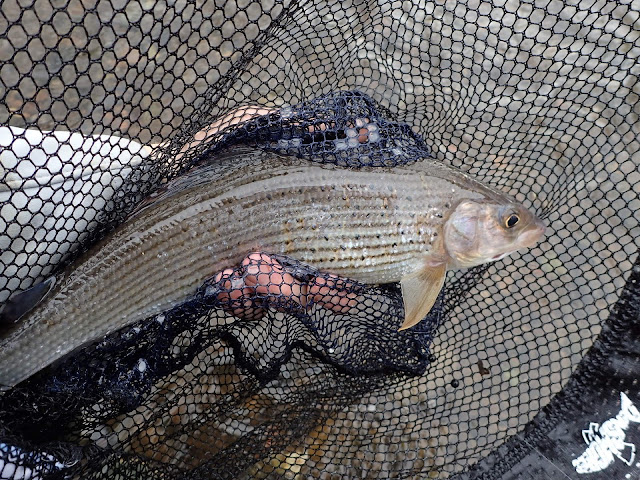 As regular readers of this ere blog may recall my Father passed away a couple of years ago .  Now Apart from the great memories and a scruffy old cap.  He left me his Millwards featherlight Cane match rod and the matching Rapidex reel.  Which he assured me had bought on his 21st birthday.  Which would make the rod and reel almost exactly 72 years old. A couple of years before he left us We had a chat about the rod , he was keen that I used it and didn`t just hang it on a wall ,  He actually thought I might sell it as he didn`t think I would use it.  That is never going to happen. But when he passed away I decided that on his birthday on 6th Feb every year I would take it out and use it this year would have been his 93rd. The first year with Covid and foul weather it didn`t happen but I was determined that this year it would,  As it happened though the 6th was foul weather heavy rain strong winds and to be honest delaying it a few days didn`t bother me, Dad hated fishing in the wind so he would have appreciated that. Anyway yesterday I took a day out and went to my favourite stream.  I decided to fish in the appropriate  way. No waistcoat , My old brady bag a grayling society leather float tube with several very traditional floats ,  a three nuns tin with some split shot and some hooks to nylon although these days barbless ones , otherwise very much in the manner I fished with my Dad years ago. 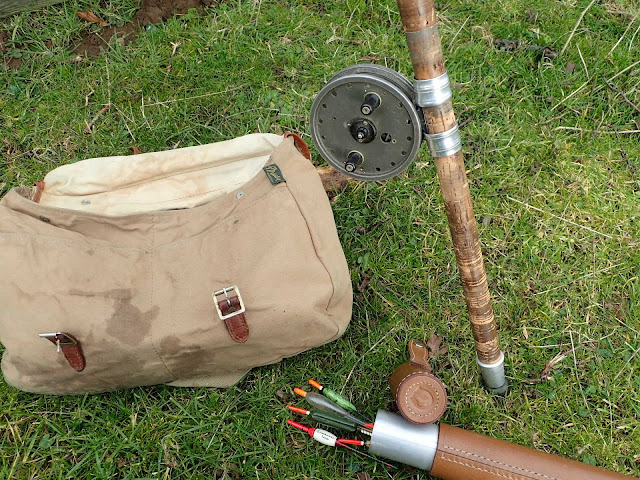 The eagle eyed amongst you will spot a George Lockhart float there he of the Flee and Float blog it seemed most appropriate that it got put to good use.  Now the first thing that struck me when I fitted the rod together was blimey it was heavy it also felt unbalanced even with the Rapidex on it. I guess we forget just how far Carbon fibre has developed lightweight gear. The fact that the rod is called the Featherlite made me grin. It also made me realise just how skilled an angler the old man was. he certainly handled it with more delicacy than I did. 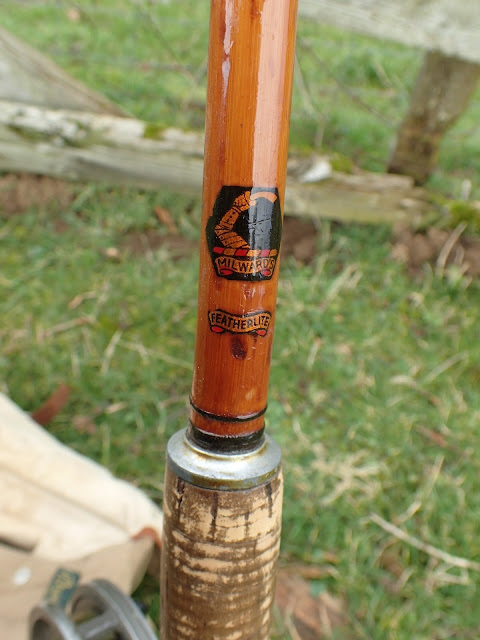 Also apart from the obvious wear on the cork handle ,  the fact that the original ferrule stoppers are there and the lovely condition of the rest of the rod reminds me of how much care Dad lavished on it. 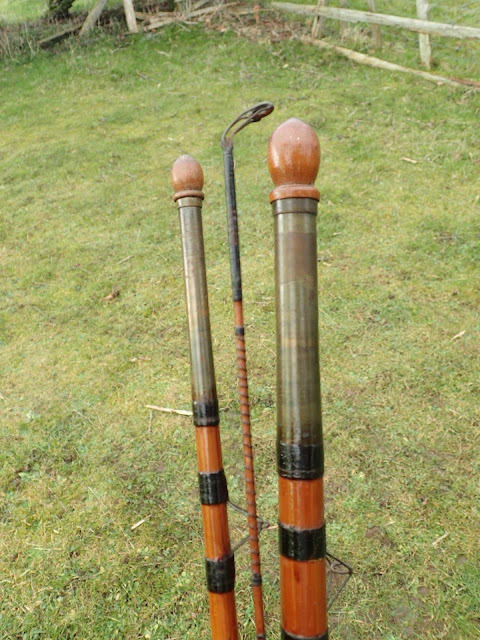 Once I had got the hang of float fishing with this strange gear.  It has been quite a few years since I ventured out with the trotting gear ,  I started to catch a few :  this was the first; I dont think I will ever tire of catching Grayling such a beautiful fish and in fast water hard scrappers too. 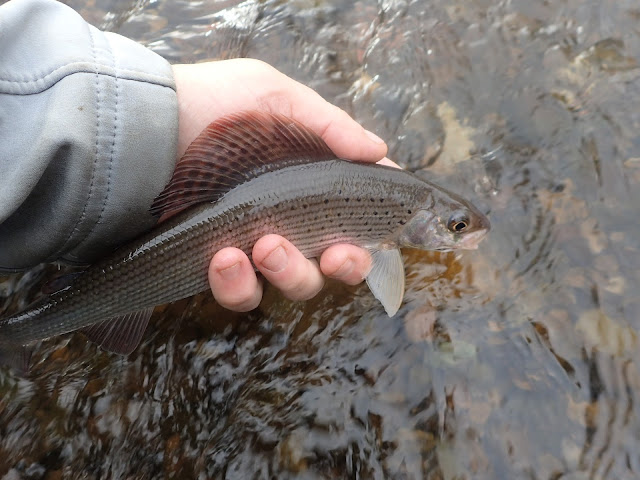 I had about a dozen in all the fish at the top was the last one of the day.  A beautiful lump of a fish from a small stream , Also one that made the old rod creak and groan alarmingly . I probably played the fish over cautiously but the thought of breaking the rod tip was a real concern , hence the single snap of the fish in the net as I released it it was pretty tired I just lowered it into the stream to recover a few minutes until it swam away happily. That moment was the final act of the day .  It will probably be my last trip of the year too.  I cant think of a better way to finish of the season.
Its a pretty stream I am sure Dad would have approved .. 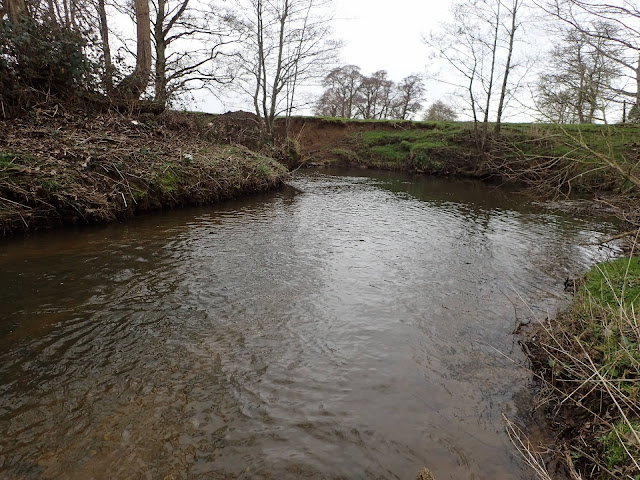