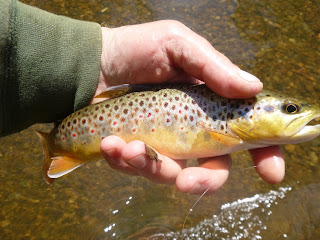 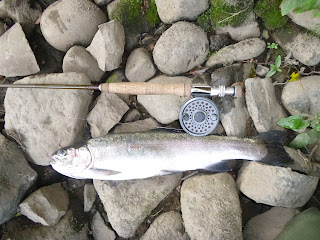 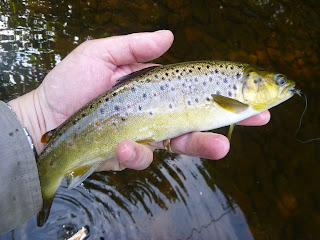 The Grayling obliged with beautiful boiling rise and the trout just sipped the fly making it sink with barely a disturbance.  I really must tie some SBJs ( small black jobs ) this winter right down to size 24 or so...  For occasions like that.
Posted by Becks and Brown Trout at 21:36 4 comments: