Recent visitors to this here blog will know that a recent gift from me to myself has been a small built cane rod that my good friend Chas Burns built for me. It has been in the rod rack for a good few months now.  I could hear it calling to me as I walked past. Well despite my intentions had been that for its intended christening was for flicking tiny dries to rising brownies on a warm evening on a favourite couple of small streams here abouts, last weekend I couldnt wait any longer.  The day was sunny enough to kid me not to take wear my wading jacket just a light fleece, but as I walked up the dale the Northerly breeze that last passed over the Arctic made it feel more like February and made my bravado seem all the more foolhardy. 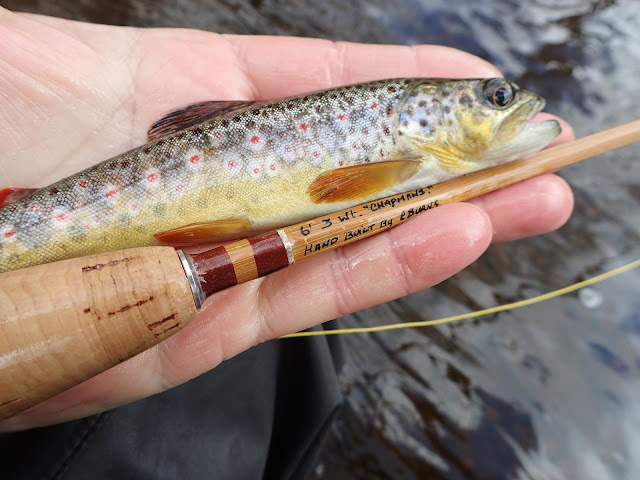 There was very little sign of hatching flies. The water was reasonably clear and fining down after the recent rains .  I had made a decision that on this rod the first fish would be on a dry even if it meant blanking in the process. After 20 mins or so prospecting with in the likely runs and riffles away from the main currents I had the little brownie above and it was quickly followed by half a dozen more.  All on the dry and all showing no sign of rising before the fly passed over them .  These small stream brownies are suckers for a a little dark dry drifting over them.  About then the wind speed increased a few notches, the clouds appeared and the rain started .  So far that day I had experienced typical weather from three of the four seasons . I packed up and headed back to the car . A few minutes later the three seasons became four as a hailstorm swept down the valley. 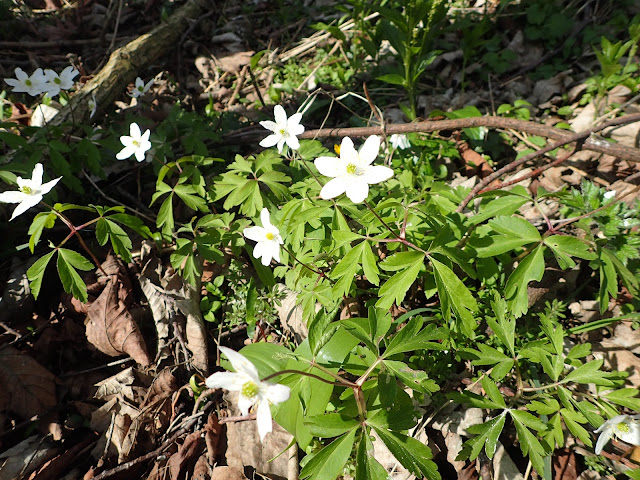 I have fished a few times this last month, when the biting cold or high water has allowed it. I had a day on the river Derwent with a friend of mine,  A strange sort of day where we seemed to have all four seasons in an hour never mind a day.  The signs of spring are unmistakeable enough ,  plain to see but here we are with May just a few days away and we are still getting hard frosts and snow . Global warming ...Yeh right 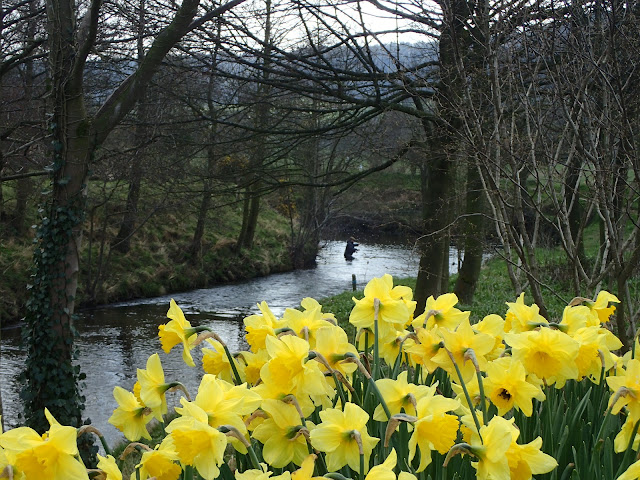 A feature of the early season this year is the amount of Grayling I have caught out of season.  I have been very pleased to see them as the cormerant plague seemed worst than ever this last winter.  They seem to be more active than usual and are rising freely.  Although out of season i couldnt resist a quick snap as it was slipped back in. 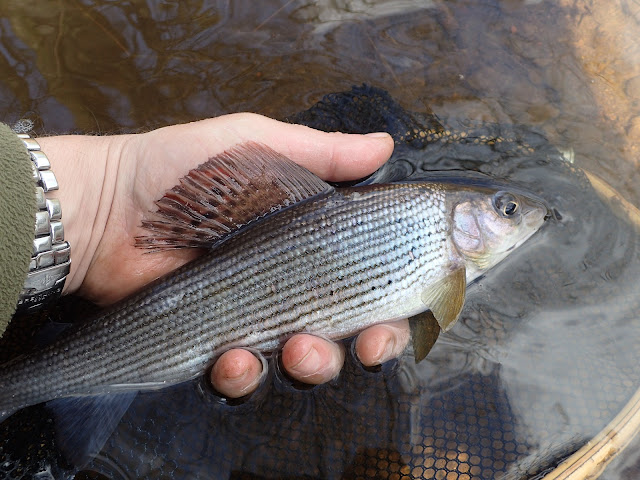 An aspect of the built cane rod has surprised me . When the rod is picked up without a line on it and given a wiggle I must confess that the degree of flex had initially if not unerved me certainly confiirmed it is very different to my usual carbon rods even the winstons that I use that are quiet an unusual action and very different to most carbon rods..  But unlike a carbon rod the rod almost seems to stiffen when its loaded with a line its almost like the rod becomes one with the line and changes completely.  Not a very scientific description but it is a fair reflection on how it felt. I can confirm however it casts a nice tight loop and is a delight to fish with. 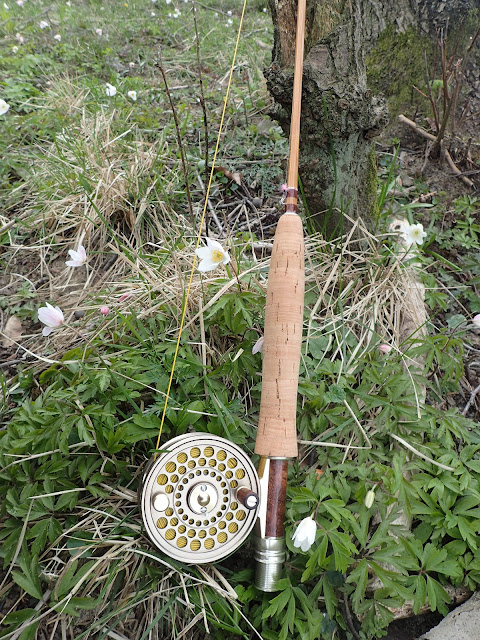