Dad , When we of fishing?


Its taken a while for me to hear someone say the above, In fact its taken twenty years or and I will be honest apart from a trip or two when my daughter decided she would like to come fishing with me when she was a kid.  None of my children had ever shown any interest in Dads passion. Until that is number two son home for the summer from University decided he would tag along one evening .  The prospect of a pint of best in the pub on the way back probably influenced that early decision. I am pleased to say that he enjoyed that evening and seems to want more . 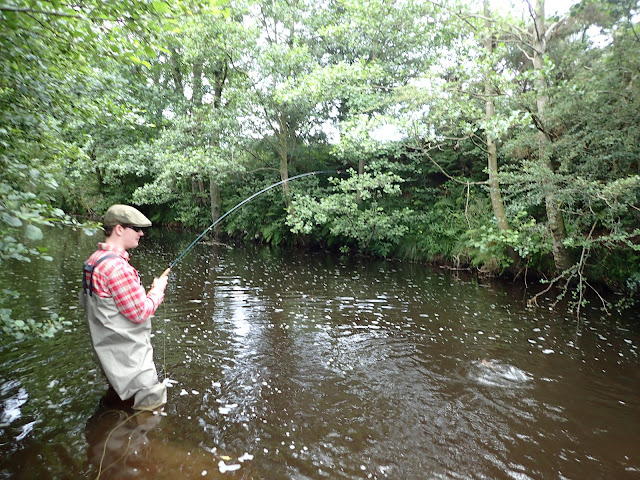 My poor long suffering wife even asked if I needed to buy anything for him  to wear or use. Obviously the multiple hiding places and hidden away corners that conceal countless boots,waders, rods reels and all the other paraphernalia have remained well hidden.  No i`ll manage was my shy response.  I am not expecting him to go down with the affliction as badly as me.  But his interest will be carefully nurtured with care not to overpower his enthusiasm,  After all he is a young man and lives most of his time in the big city with all its inherent distractions particularly of the beer and female variety. 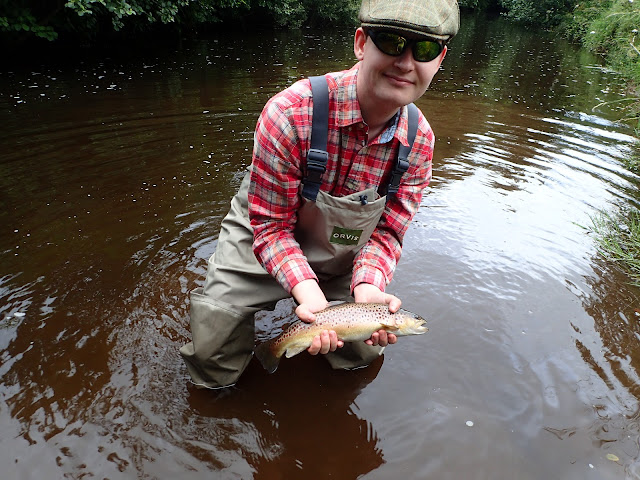 But when he returns home the river will be there and his access to it will be as free as the son of the fishing club chairman can be.  He has a houseful of tackle to go at.  He has however been told to keep away from the Split cane and Winstons. His casting isn't up to that yet.  I have already booked a day with a guide . Morning for my casting and the afternoon for his general introduction.  All of a sudden things are looking hopeful.
Posted by Becks and Brown Trout at 14:09 No comments: