At last we have some rain so my first and last trout session.

This summer has seen the worst drought for many decades, for the last couple of months the rivers have shrunk alarmingly , however a week on the Greek island of Crete did remind me of how even in a drought year the climate here is still very green and temperate.  This last week or so has at last seen some rain and the rivers have settled .  So awarding myself a day out of the office for good behaviour I went to one of my favourite little Yorkshire streams.  As you can see from the pics it was still carrying some colour ,  in fact the first river I visited had a couple of cars already parked up and as I had other places that may be quiet I moved on , then the second was very coloured , I decided that another main feeder must have had some serious water in it , Luckily for me I have access to four stretches of river within a ten mile circle. 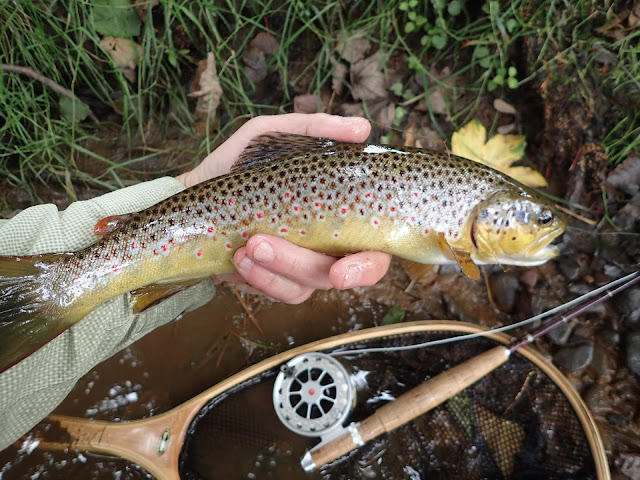 The season generally has been pretty poor for trout fishing the first day of the season started amazingly apart from the fact all I could catch was out of season Grayling.  Anyway this week there were no rising fish so nymphs were the order of the day and a little size 18 bead head did the trick larger nymphs were ignored.  This fish was the prettiest and also the hardest scrapper these wild fish are very strong and it needed a big bend in my old Hardy featherweight to keep it out of the roots . When i saw that the little nymph was right in the neb as I drew it towards the net I blessed the soft action of the fly rod .
I guess saying that about the fly rod people will immediately say its rubbish but The reason why I use such soft rods for this close range fishing as they do allow you to apply good pressure whilst also protecting fragile tippet and tenuous hook holds ,  I am not a great fan of hardy rods but this one is exceptional.  For the same reason I am a great fan of the Sage Circa range ,  they are a bit to marmite for many but I love them. 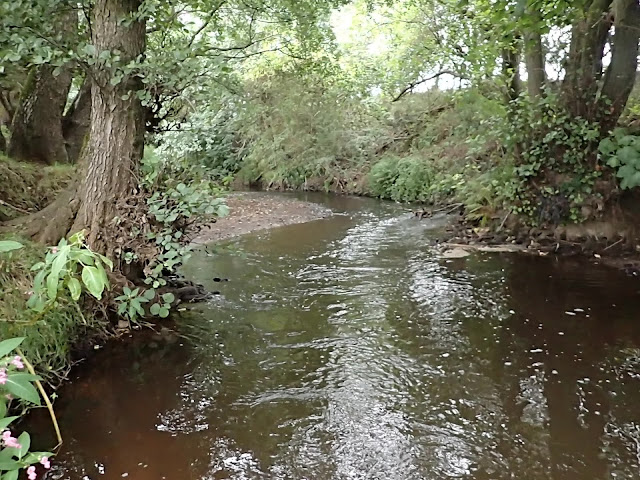 I was expecting that the day would end up being about Grayling ,  I sometimes think that there are more grayling in the river than trout ,  this season it has certainly felt like that , today only two showed there face . there were plenty visible as many sardine size fish were rising in the skinny water areas. 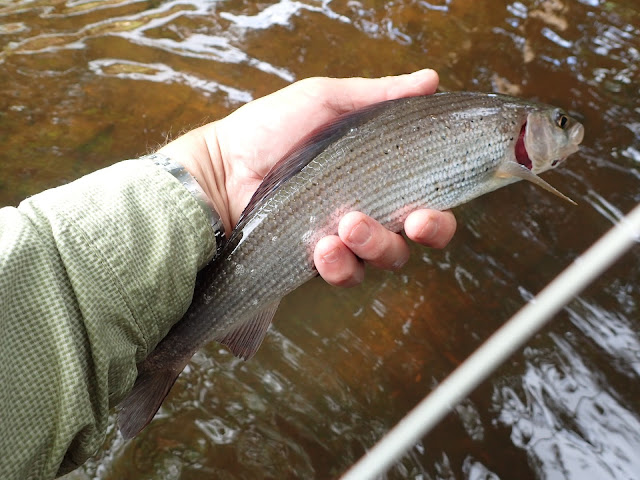 In the end today the day was about trout I was surprised getting into double figures of fish  and the two shown were very welcome .  Generally each season I expect a good few of this quality but this year even the mayfly failed to wake them up. 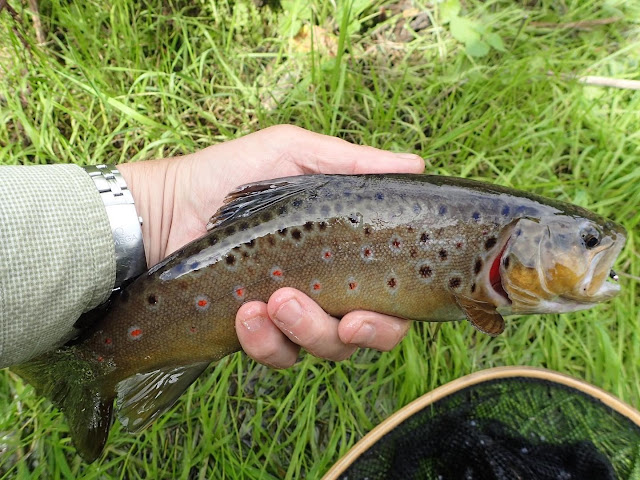 As the pic shows the river was still carrying some colour and it was dropping in level fast as the dry ground soaked up the water ,  We need a month or two of serious rain to refresh the ground water . lets hope we get a wet winter , 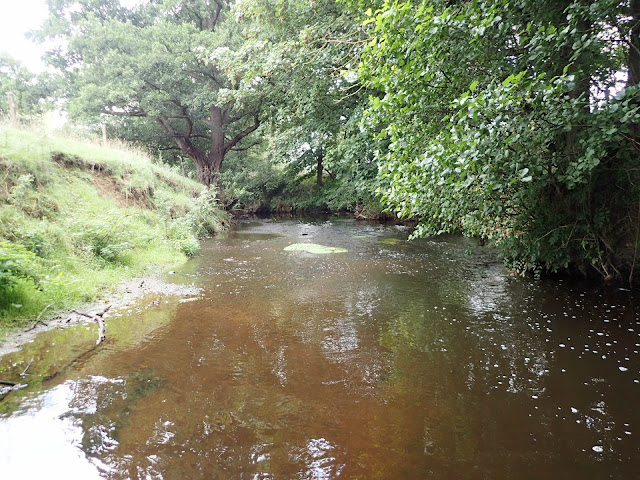 I have to say that seeing that trout makes me think I should make it the last trout trip of the season ,  So the first really decent day of trout fishing may also be the last of the season.  but that would be a very hasty decision. Lets see what the last couple of weeks of the season brings , 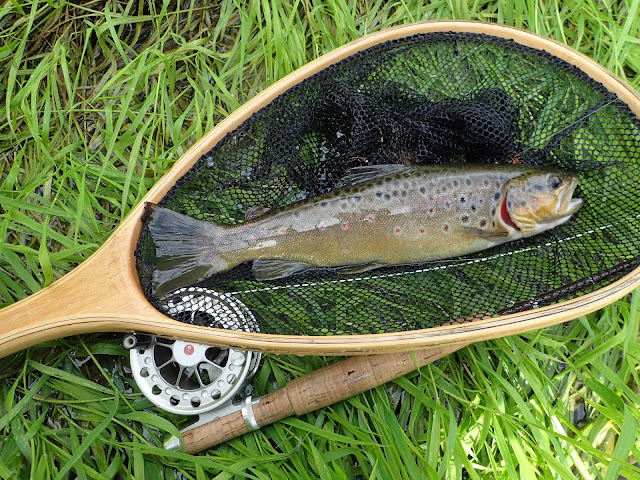 Posted by Becks and Brown Trout at 16:12 No comments: