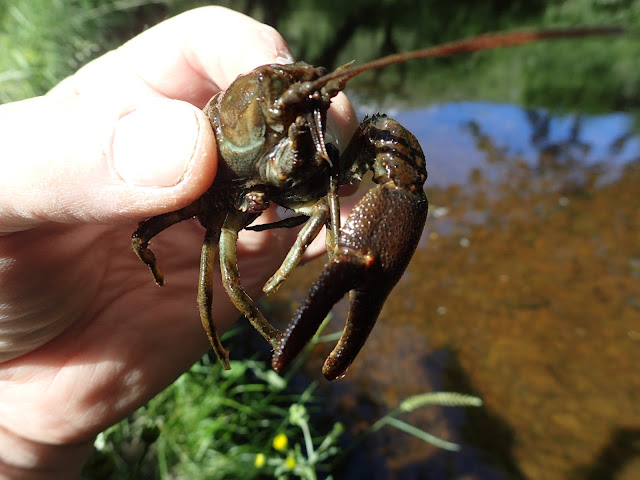 A bit of Casting and a bit of fishing


I started this post a good few weeks ago .  Since then we have had lots of rain so if anyone does read this and think what planet is he living on ?.  Thats the answer.
I realised the other day when chatting to someone that I reckon that when next year rolls around it will be 50 years since I caught my first fish on a fly .  I  sometimes wonder where all thise years have gone .  True , I havent fly fished all of those years , there were a good few years of been happy to catch anything . A good few years of trying to catch "Specimans" Barbel , Tench , Carp oh yes and Roach, I was desperate for a two pound roach as it turned out I didnt catch a two pounder until years later when I caught one by accident when bait fishing for Grayling in the Stour .

I suppose fly fishing has always been my favourite but cost and accessibility limited my early years .  I have always preferred river fishing for trout. I never really took to still waters,  Times have changed now and these days river fly fishing  clubs in these parts are desperate for members. mny of  the most exclusive ones are accessible to anyone who isnt a criminal and can pay their subs.   Truth is as clubs open their doors more people can be choosy . I see a greater desire for fishing unstocked wild streams and having the opportunity for Grayling fishing.   I think many of the posher clubs are going to have real issues recruiting members .  Times are changing even for fly fishing clubs , they need to change with them . 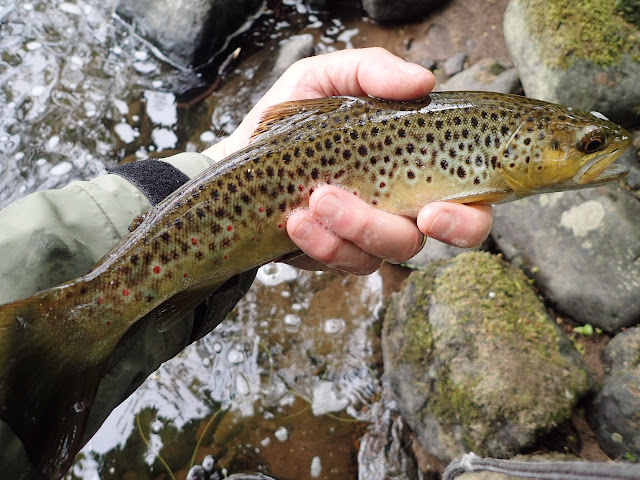 Anyway forgetting that and despite all that time Its only in the last two years that I have had a first casting lesson .  That was for a bone fishing trip  and to specifically learn the double haul. Then a conversation with a fishing friend led to booking another casting lesson with Brian Towers in the dales.  The plan was that the morning would have a few hours casting tuition . Then we could move to the nearby Swale and have a fish.  The river was pretty low .  Which in one respect makes the fishing a bit easier .  the contra view is it makes it harder.  Personally I find low conditions much easier to fish . 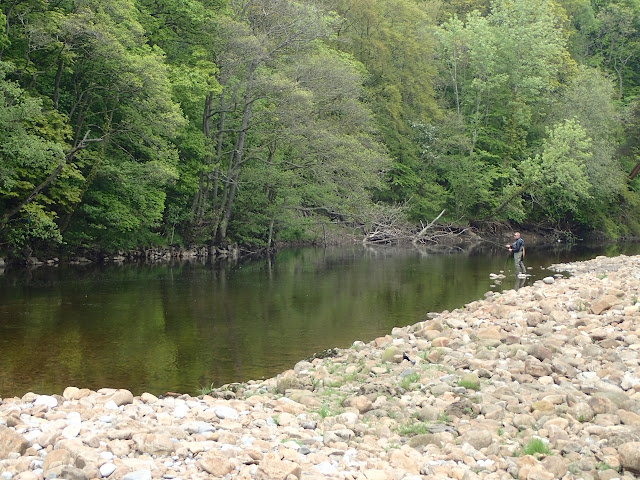 The water clarity was exceptional and in slack water areas like this it makes presentation pretty important .  Here my companion was suffering the dreaded scenario of lots of rising fish but struggling to fool one.   I had fished a similar pool and had also struggled so I was heading upstream to look for some faster water .  Fish are far easier to fool when they dont have so long to study your offering ... 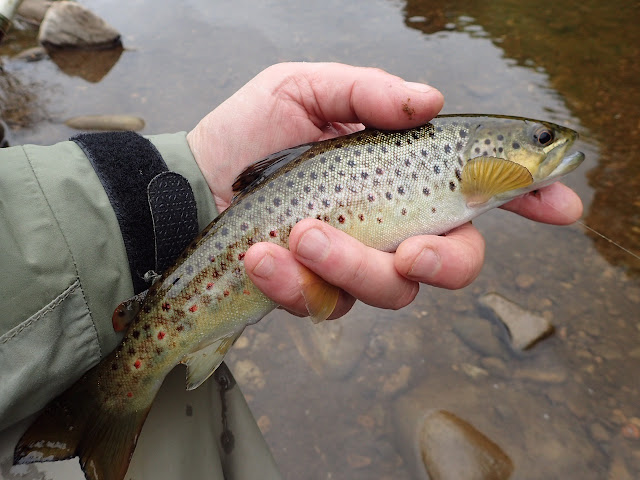 This run was typical of ones that gave up fish .  Broken water , more oxygen and less time for fishy to inspect your pattern and presentation meant more chance of success .  I intend to fish the river a lot more this year . The fishing on the day was difficult but my its a stunning river .   I have intentions of fishing here more this season ,  a friend of mine fancies doing the same  so we will e sharing the journeys . 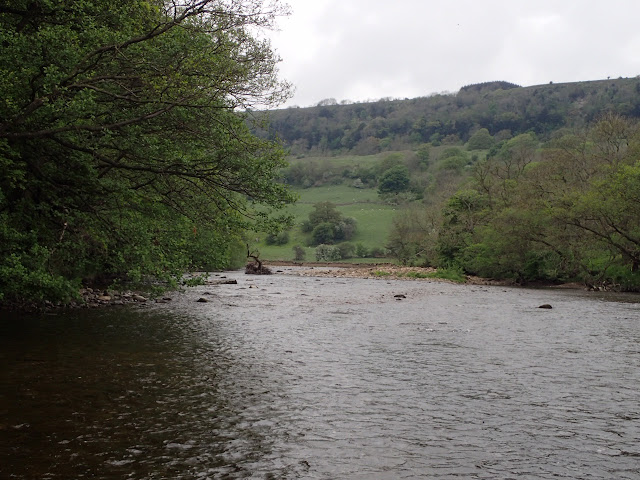 I have just got back from another favourite small stream,  The river looked stunning and there was plenty hatching ,  even the odd mayfly , but the fly that worked was a size 16 IOBO humpy .  A fly I use a huge amount and in my opinion one of the best generic olive patterns there is . 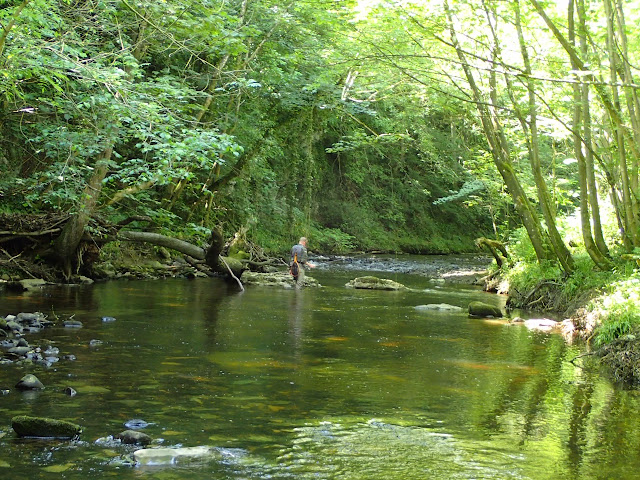 The fish in the stream are all wild and all pretty much perfect .  The first pic is the average size but there are loads smaller and a good many larger , 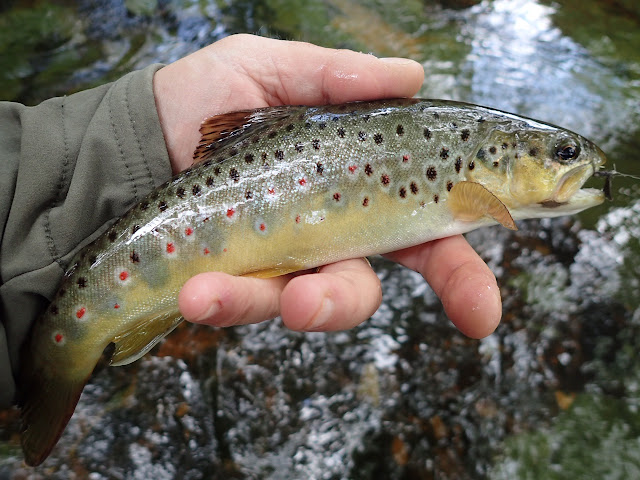 The last is a decent fish for the stream ,  there are bigger there are a few a lot bigger .  But this was great fun on the 8ft 2 wt .   A few years ago my fishing was mainly four weights on streams .  Light line rods were three weights now on small streams its usually two weights ,   Rod for that day was an Orvis superfine carbon  8ft 2wt . Truth is fish like this are what I love to fish .  Wild fin perfect perfection . 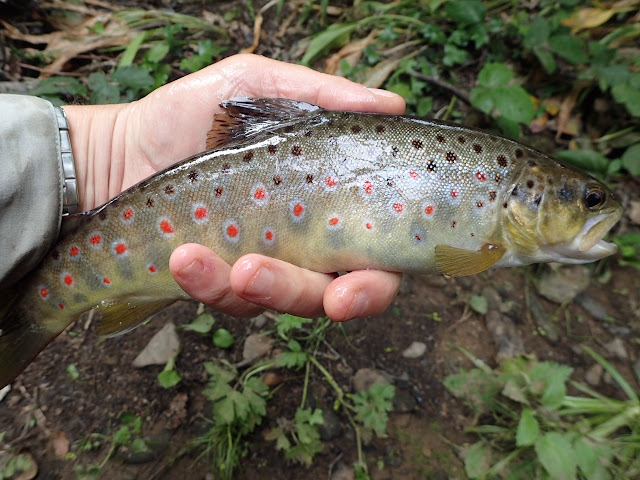