I have had a few trips in the last few weeks. All of them had a common denominator in that at this time of year expectations always exceed reality One trip was to foston beck on the easter bank holiday, surprisingly for a bank holiday it did not pee down all weekend ,  In fact weather wise it was pretty good.  Cool but not cold and not to windy. A friend had visited a day or so previously and had bemoaned the low water.  At first things looked poor .  A cold breeze and very low clear water was not promising and it was 15 minutes before I saw a fish.  Well actually what I saw was a rise , the Culprit was the small wildie a couple of pics down.  He fell to a size 16 IOBO humpy.  The humpy has become my go to general olive pattern imitation. 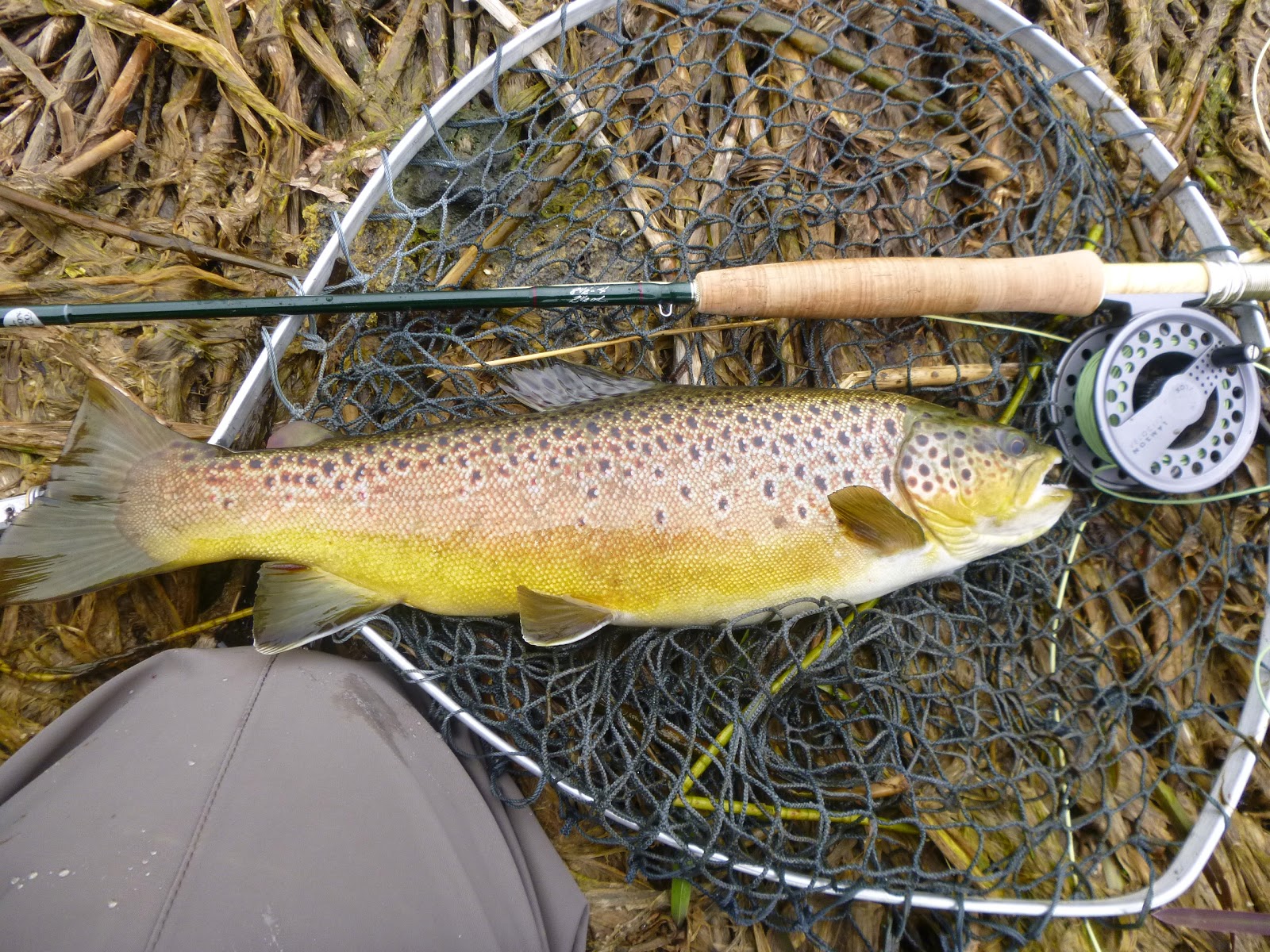 After getting a few hundred yards upstream I started to spot more rising fish.  There was a few olives trickling of the water.  and for the next 60 minutes it was as if summer had come and fish came to the net regularly .  A mixture of overwintered and new stock fish and a few wild fish .   It was nice to see enough rising fish to be able to concentrate on dries. 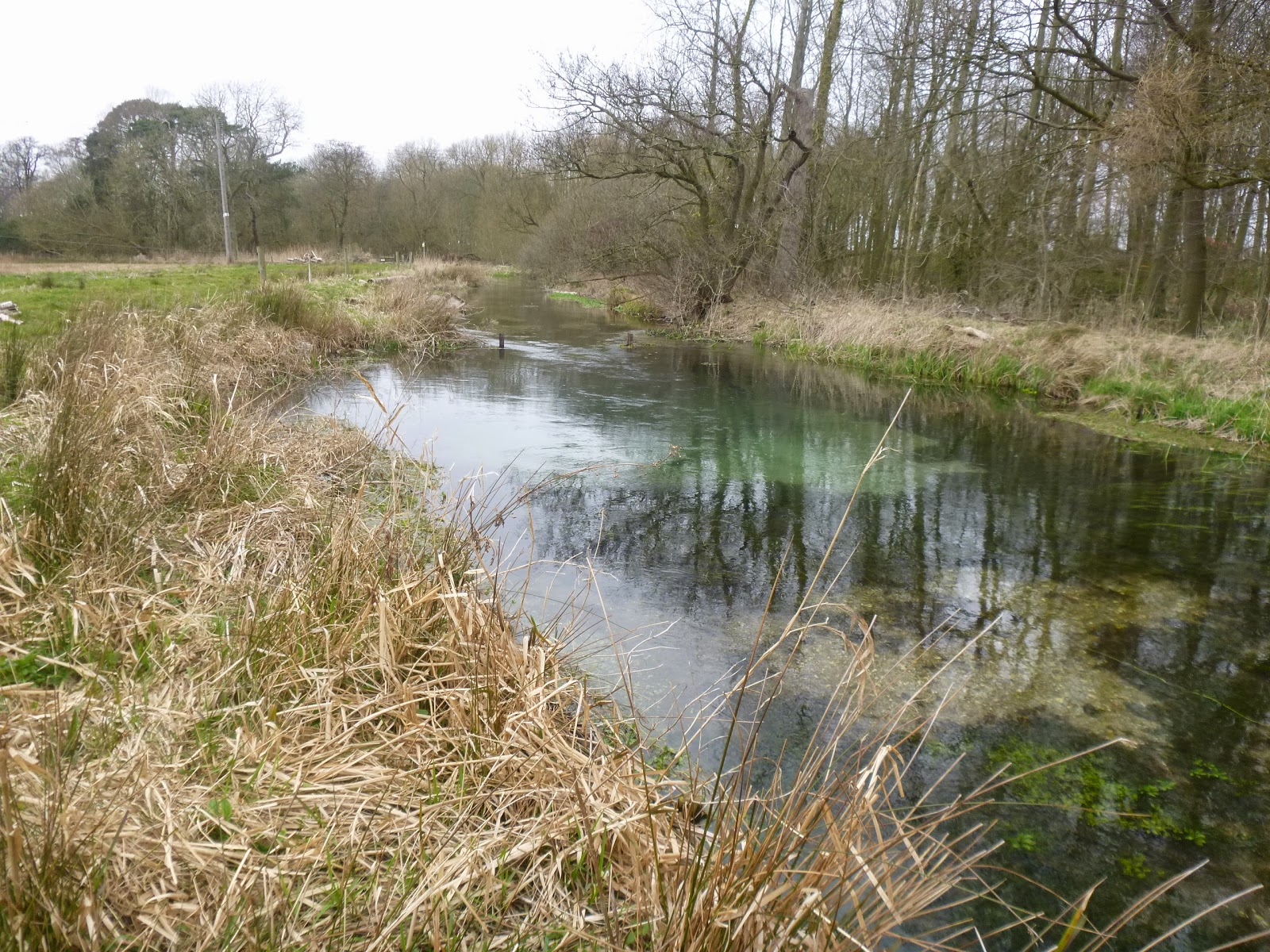 The river is very low , probably at a level not unlike where it was at the end of last summer .  This corner of the country has had one of the mildest and driest winters I have ever known and so ground water levels are very low .  For a stream that is totally spring fed thats not a good position to be in. 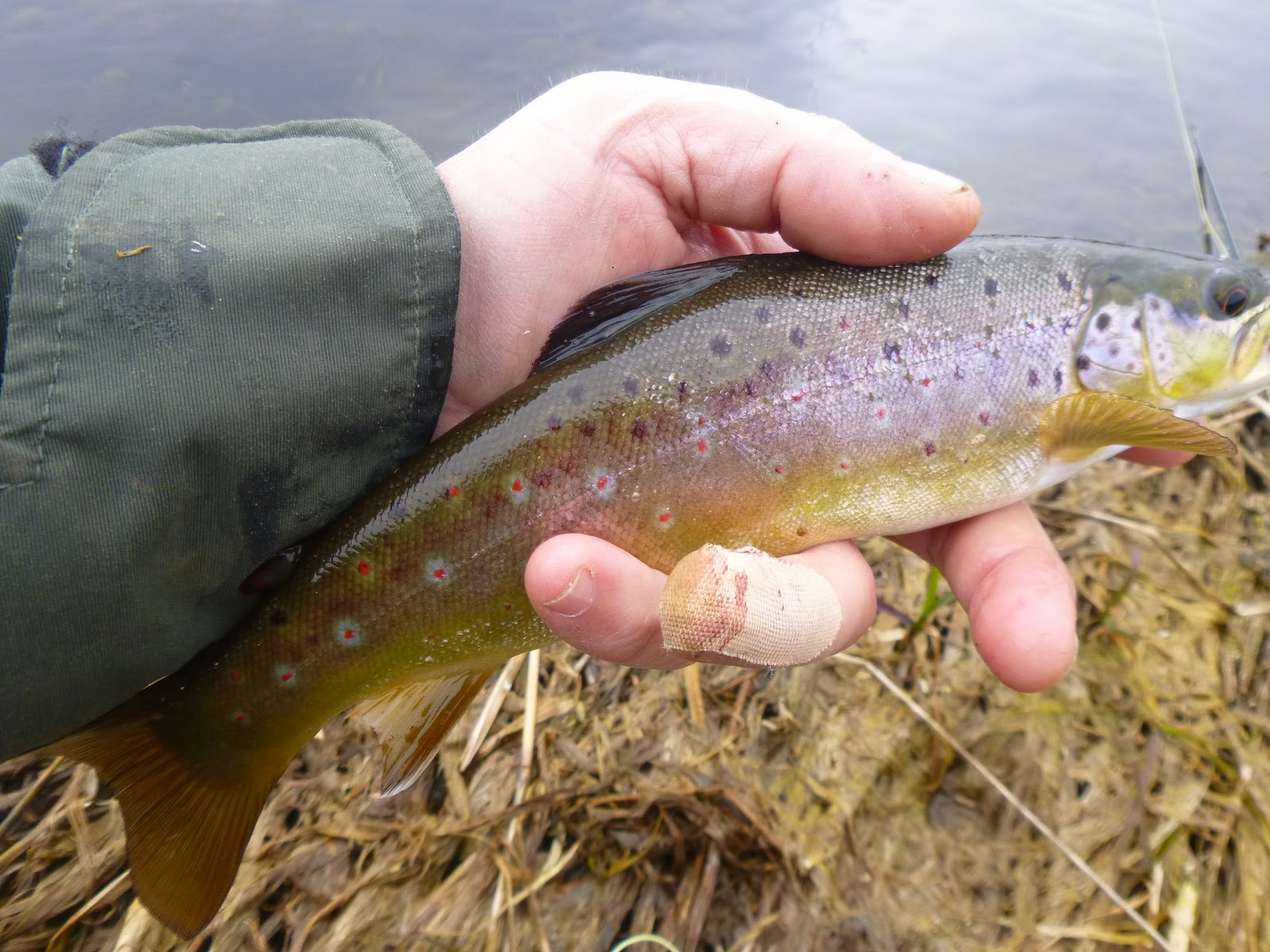 Whilst bringing one fish to the net I spotted a truly huge fish following it ,  That is a fish I will be looking out for as the season progresses .  ( Postscript) I returned for a very short session a few days later and went looking for the large fish .  I deceived it almost straight away with a small weighted nymph .  We remained in contact for some minutes until the fish got bored with the scrap and buried itself in some weed and we parted company.  The nymph was barbless and am sure will have been spat out by now. I will return to try again later in the season It is a very substantial trout and would certainly be a river PB for me if I get it into the net.This overwintered stockie was about the best of the day . 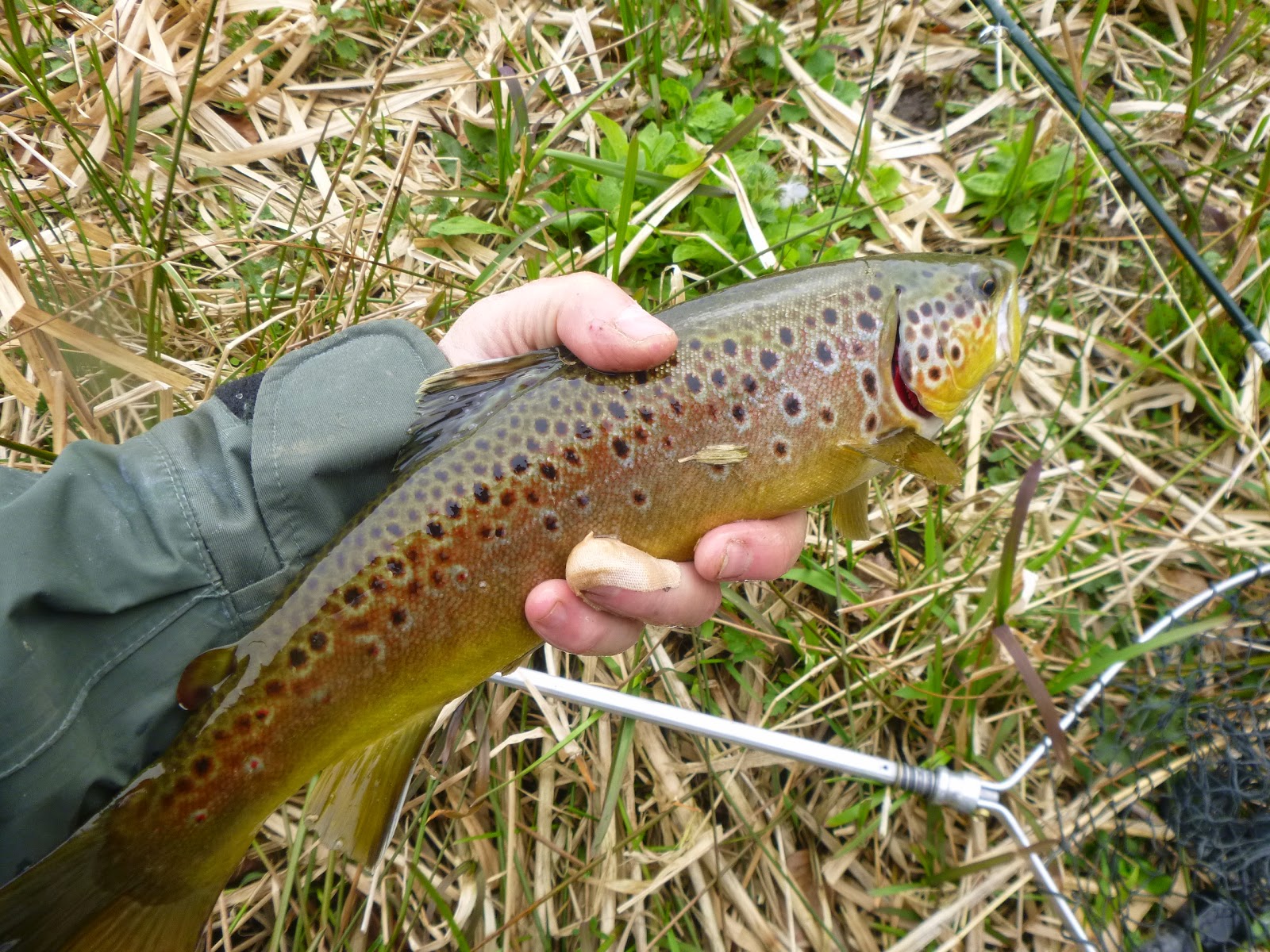 Another trip was to the river Dove ( the Yorkshire one ) it should have been a perfect day the weather and water levels looked right but to my bitter disappointment I discovered that the Environment Agency  have been in over the winter and whilst they have removed some almost complete river blockages they have removed swathes of superb bankside cover.  Although not permanent damage I fear that very many fish will have moved of downstream, certainly it will be next year before the fishing improves to its normal level.  It was interesting in that I managed a couple of fish from this untouched area. 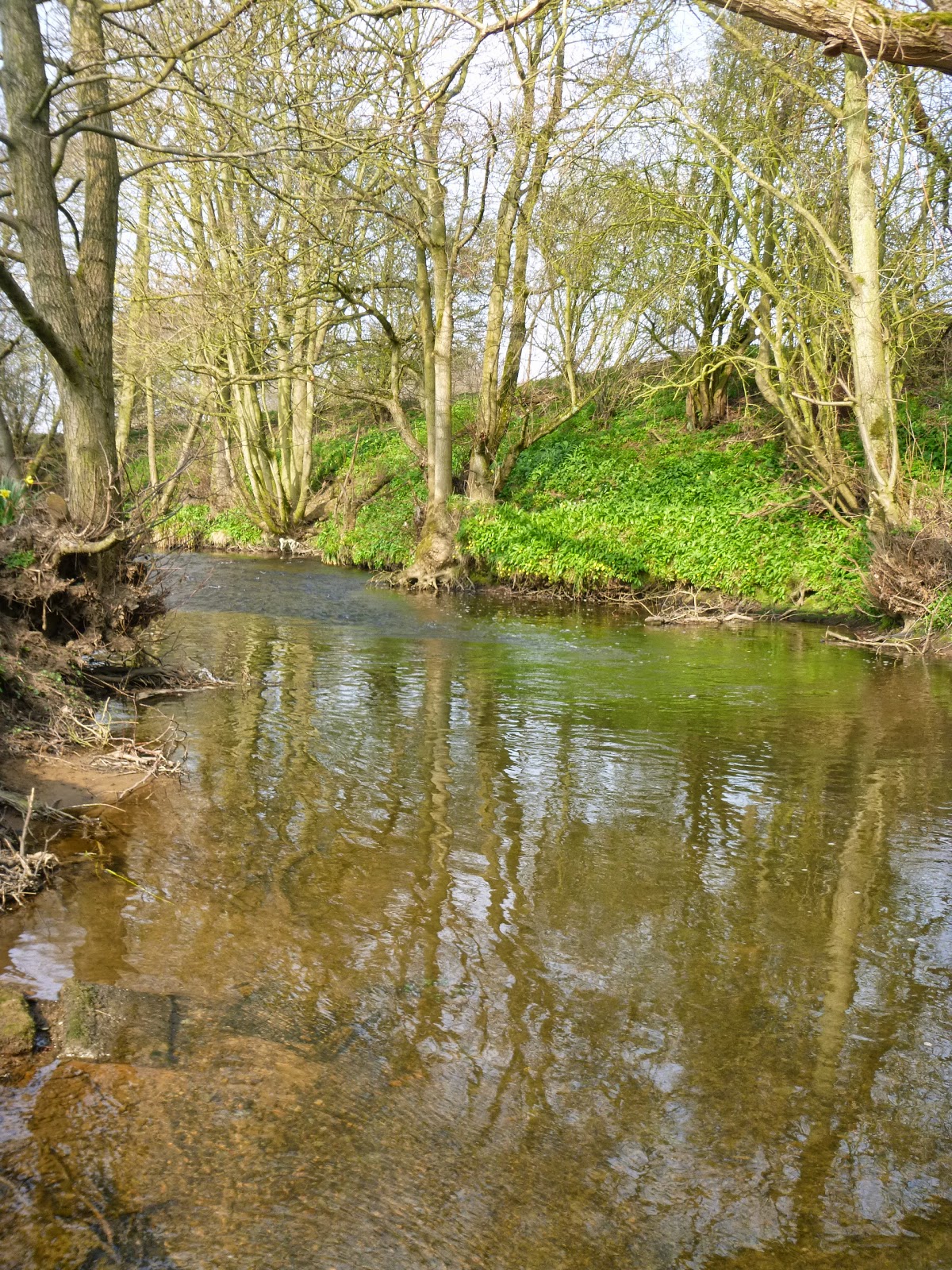 But this area which now has a few hawthorn stumps last season had a canopy extending halfway across the stream and always held many fish .  On the day I didnt even see a fish. 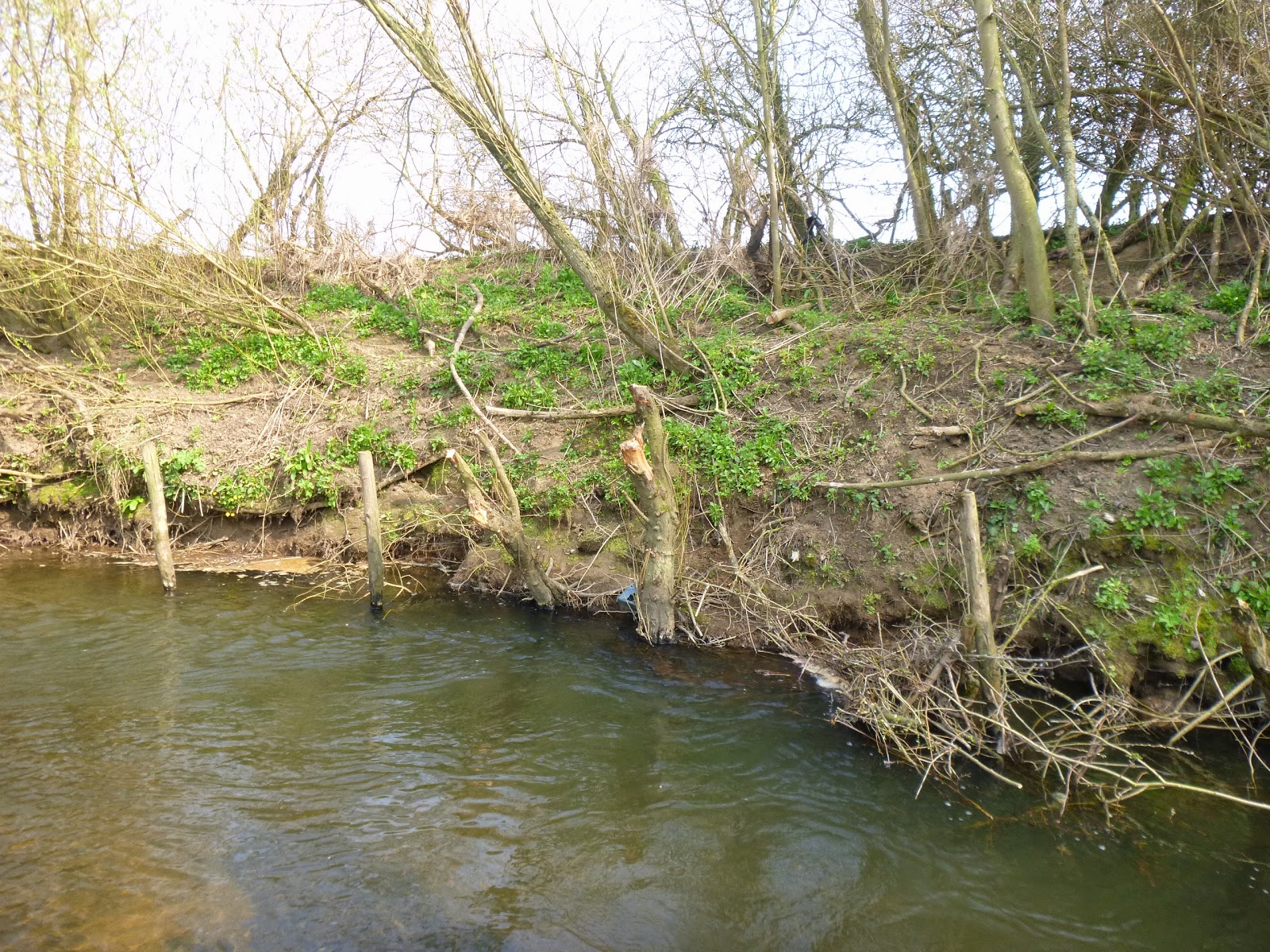 A highlight of the day and a real sign of spring was sitting and watching this ewe give birth to a pair of twins.  Not something I have seen before and was amazed by how quickly they were up and about on their brand new rubber legs. 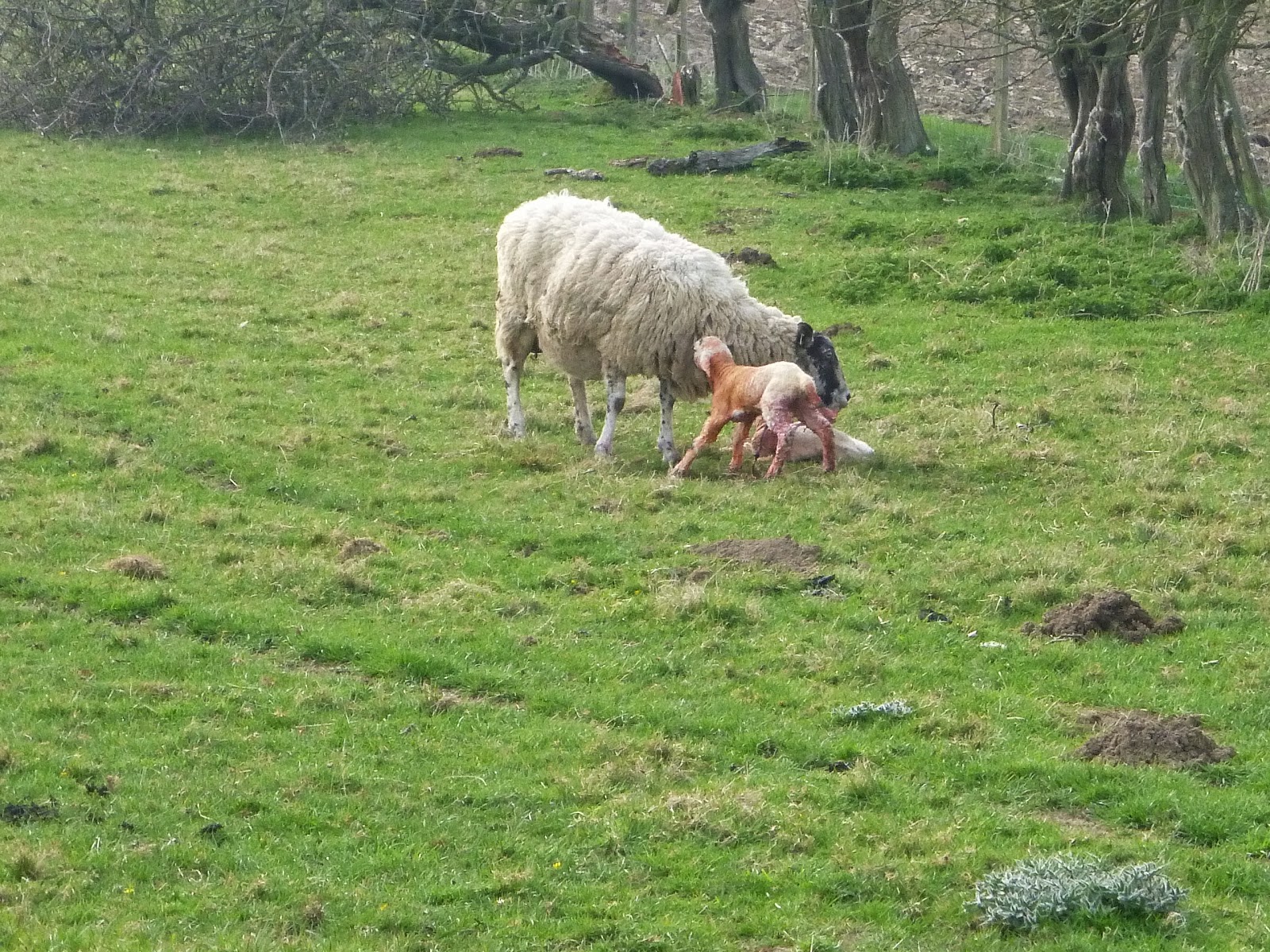