The season has at long last got underway .   The 25th of March heralded the new season in on my local beck. Which as long time readers of my blog will know is my preferred opening day location.  It also happens to be the only fishing I have access too that doesnt wait until April first to get going. Its been a long winter, I last cast a line in October last year. 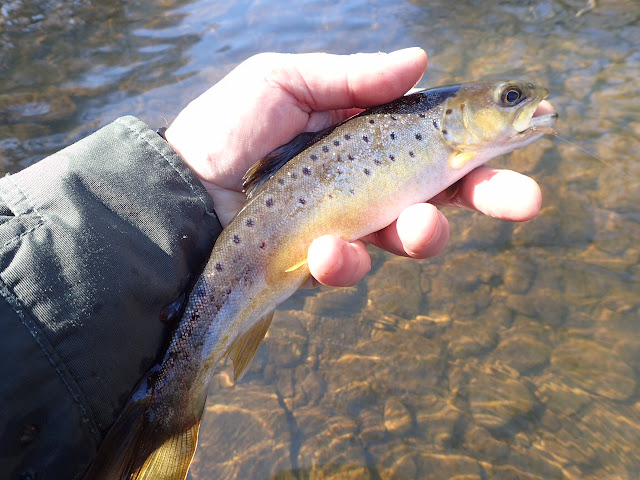 Usually the week before opening day is a tantalising clement period of warmth which culminates in an opening day of cold winds and driving rain and sometimes snow.   This year however the weather gods smiled and blessed us with blue skies , sunshine and a gentle breeze. Butterflies and bumble bees were awake and the wild garlic was starting to lay a heady fragrant carpet under the trees. 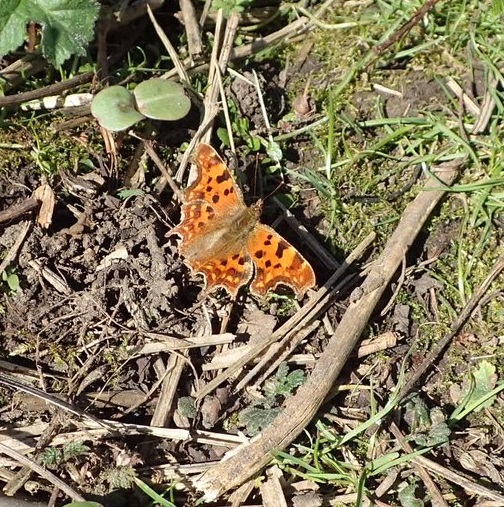 The river looked stunning it was clear and at a perfect level.  There was even a small hatch of olives a  at around 12.15 and for an angler on opening day  a more welcome sight than a good few upwing duns skating about is hard to imagine.. Perhaps for an hour they appeared and mostly drifted downstream unmolested . Rising fish were a real rarity but a net result of two fish to hand from four risers seen was on the day and for the few hours fished was a fair result, a size 16 cdc IOBO doing the damage,  The risers were all from tiny pockets in generally shallow bouldery areas, One riser was put down due to a combination of poor casting and the target been in a very tight lie under overhanging bushes, not helped by a rusty casting arm and I confess the best fish seen was  lost due to user error and an over eager strike. Apart from targetting the odd riser  despite searching all the deeper pools and runs there was not a sign of a fish. Nymphs , spiders all untouched. 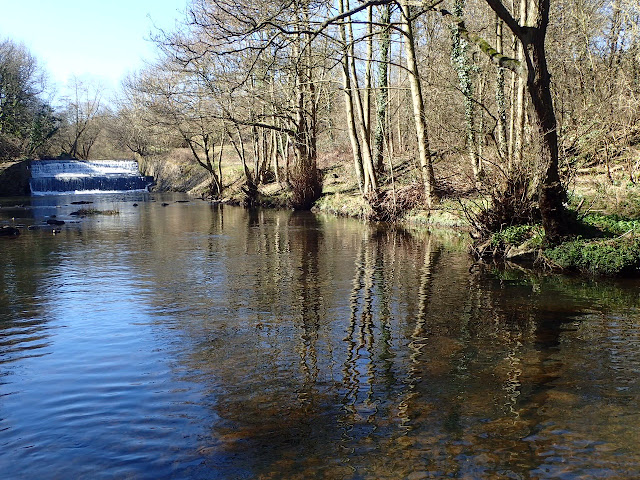 During the winter the beck has undergone some significant changes , the obvious ones are the landslips, the new obstructions and even the odd new pool and gravel bank left behind by the winter floods.  The less obvious are the sudden large rabbit and greater deer population , no doubt a result of the very large housing development in progress across the fields You could say we have a touch of the watership downs.  Already the bankside areas are showing signs of rabbit browsing . except that is where the young hogweed are coming through.  All  these things , these changes are effects with a cause. 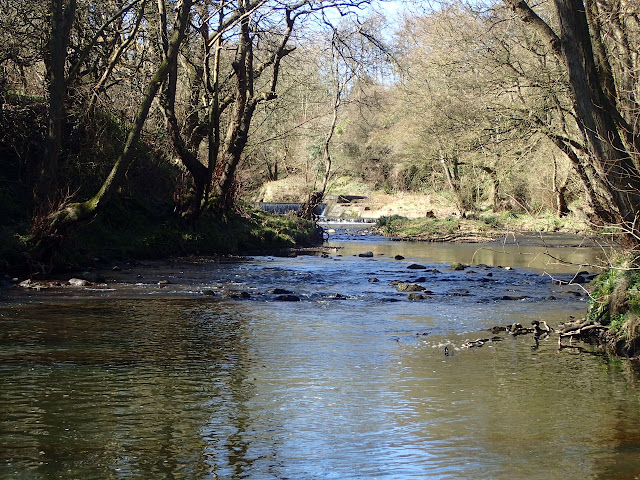 We  have witnessed all winter the ever present cormerants and goosanders on the beck and in greater numbers than ever before .  The worry to me is that the effect is a stream now largely devoid of fish.   I am not naive enough to say that because the river showed little sign of life on opening day then conclusions can be drawn ,  but the beck does not carry a huge head of fish and I do know this small stream intimateley and the very marked absense of fish in good holding spots was difficult to ignore lets just hope that the rule of cause and effect doesnt hold true in this case .  Sadly the steady decline of grayling over the last few years is a fact, the total dissapearence of chub is also a fact as is the now banning of stocking diploid trout , So now we are totally dependent on the future breeding success of the native stock,  lets just hope that authorities have got their facts right and that they have factored in the increasing population of sawbills which seem to be growing fat on a diet of wild trout. Somehow I doubt it.

Posted by Becks and Brown Trout at 11:09 No comments: 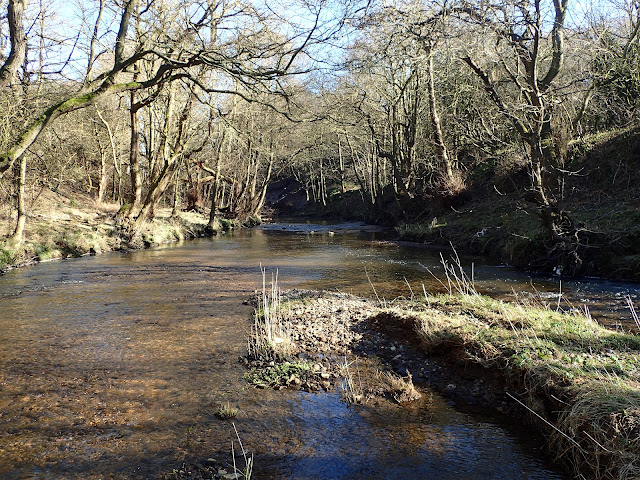 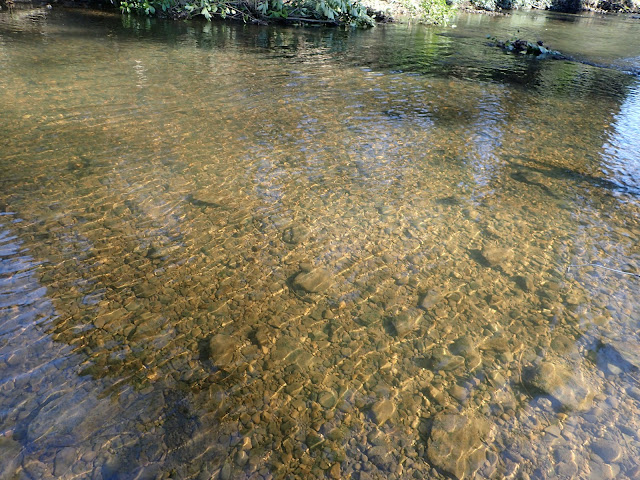 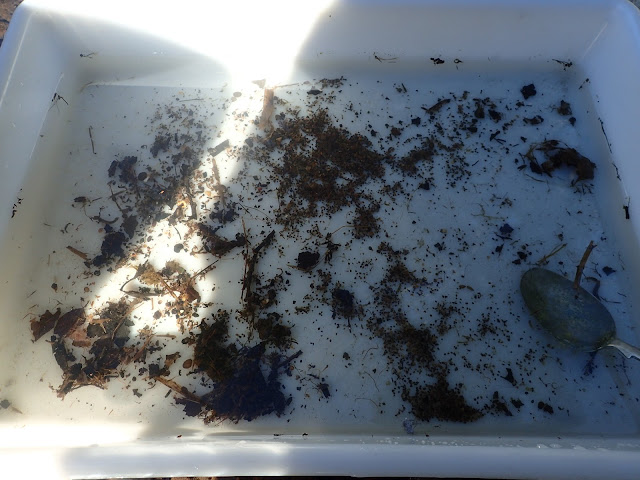 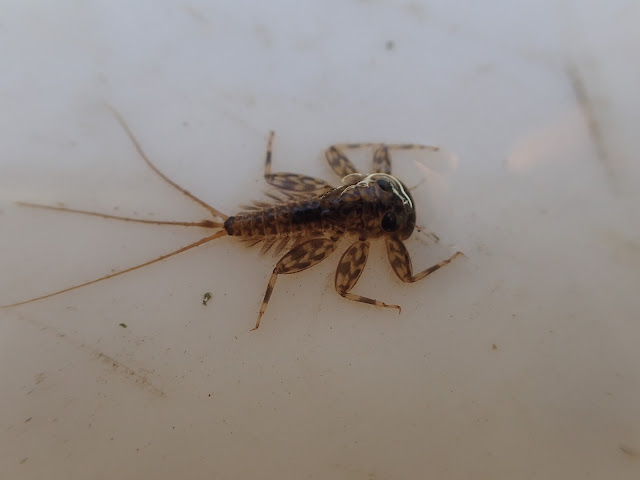 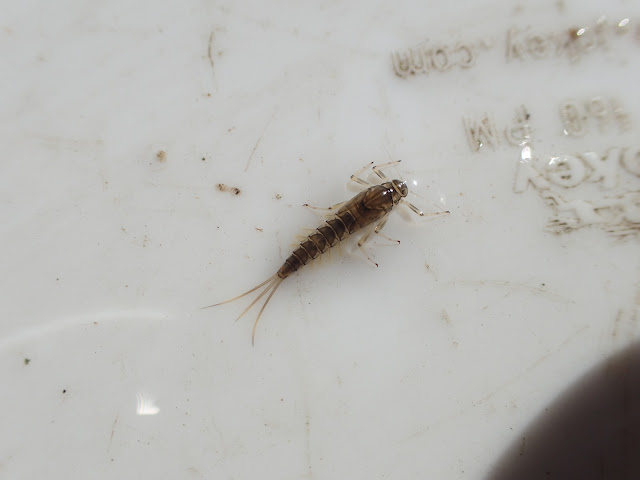 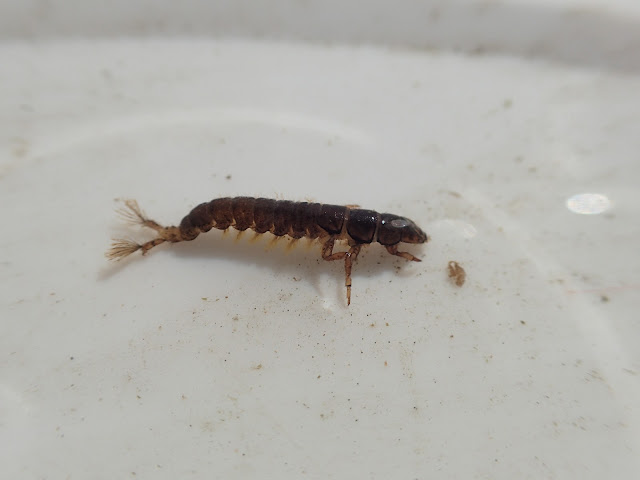 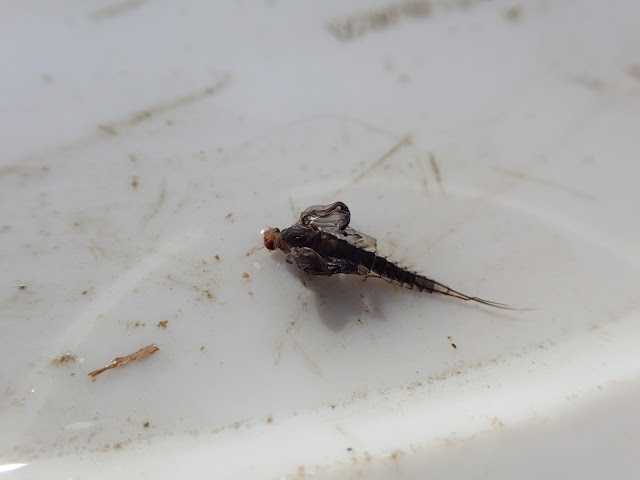 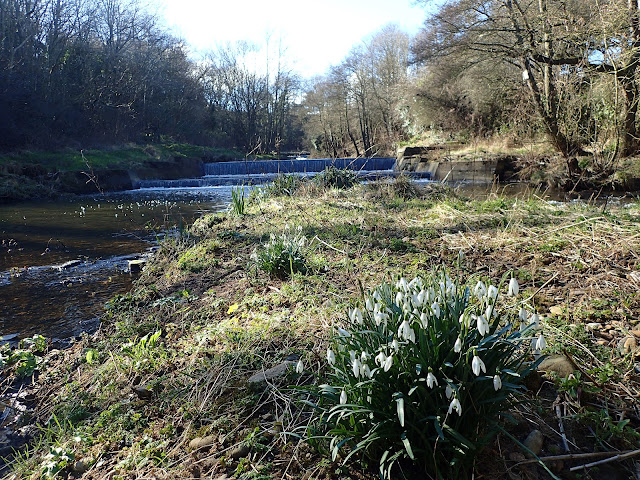 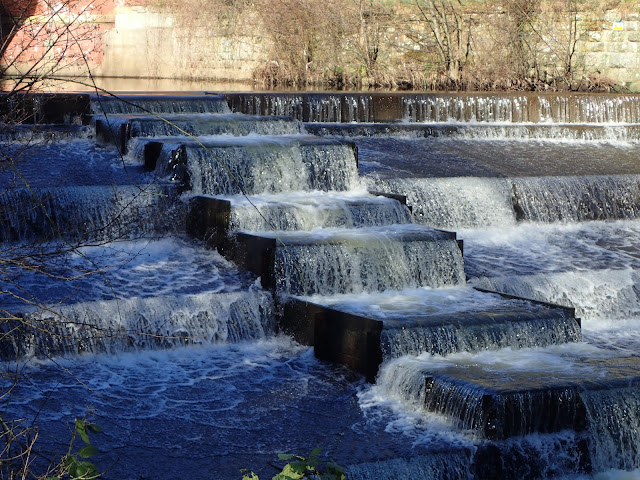 Posted by Becks and Brown Trout at 20:27 No comments: