A touch of Italian flair....


Due to work commitments I often find myself away from home for several days at a time in hotels.  Where time tying a few flies in the room is very preferable to spending every night in the bar.  Also where fishing with holidays is combined a vice to take with me is a real bonus.  I am not a great tier but enjoy tying and not been able to tie flies on the spot frustrates me.

Anyway I have had a couple of so called travel vices the only thing I can say is that they were great for travelling but rubbish as vices .  Then some time ago I became aware of these............. 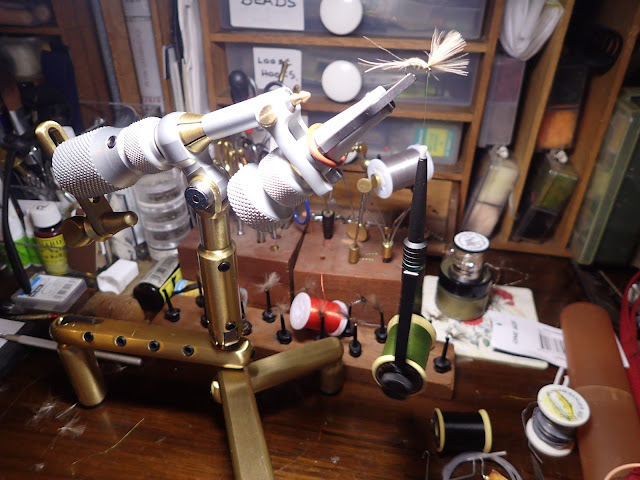 These fold up flat and the head assembly detaches as does the handle .  The engineering is very fine the hook hold is brilliant and it looks like a million dollars or perhaps i should say Euros ,Better still it is very transportable .  The tripod base in very stable and the hook hold very good .   So far its handled size 12 to 20 hooks with equal ease.  The vise is by Cottarelli lets hope that it doesnt rust like the Italian cars of my youth does... 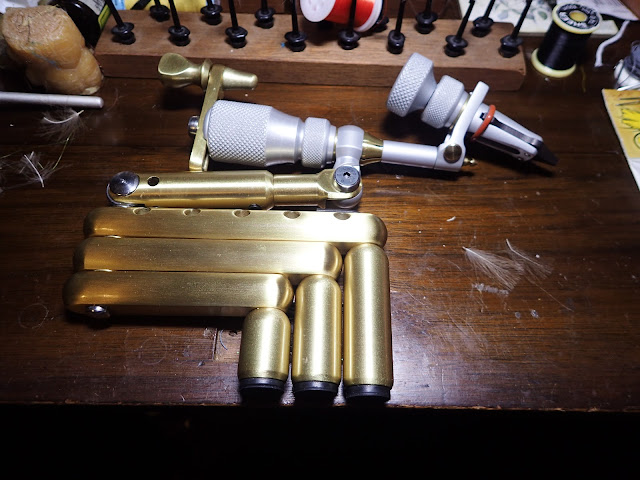 Half a century of fishing and books.


I recently had a bit of a sort out on the bookshelves I have a few hundred fishing titles mainly dated pre 1950 mixed with a few modern titles too. but pulling a few random titles got me reminiscing.  Mr Crabtree was without doubt the first proper fishing book I ever read.  The copy below was one I picked up years ago . Sad to say that the original one owned by my Dad long since disappeared.  To the modern reader of fishing books it must seem shockingly naive , but at the time to a young kid it was a wonderful book .  Fishing books at the time were a scarce commodity and to have one that could be picked up by a youngster and pored over was a real rarity .  Probably more than any other this one fired my imagination. 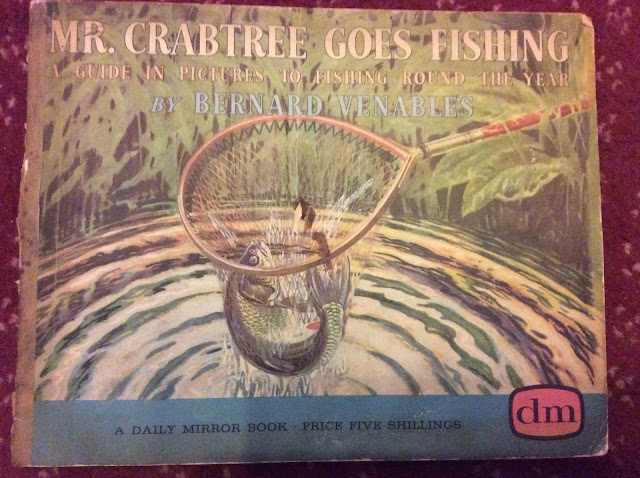 I think the first fishing book I ever bought was the "northern anglers handbook " yes the one pictured below published in 1968 I bought it new and somewhat miraculously it has stuck with me through the last nearly 50 years.  I remember reading with fascination of the local fly fishing clubs with their astronomical fees or it seemed so at the time .  It gives me some considerable satisfaction that I am now a member of a few of them and chairman of one.  The period from then to now has seen some memorable days .  When I was 13 and at boarding school I was introduced to fly fishing and there was a copy of Trout and how to catch them in my local public library,  well it was there when I was on holiday then first day back at term it was mine again.  I remember with some fondness the frustration of trying to cast a fly line for the first time guided by the little stick man drawings inside it,  It was though a decent guide and a flick through it again confirms that yes pretty much everything you need to know on a "how to" basis is inside the covers.
After boarding school came the big bad world of work.  Which for me was a training in a chartered surveyors office .  Salary was a pittance, my annual salary then was just a bit more than I charge per day now .   However despite my lack of funds and finding the fancy fly fishing clubs fees way out of my bracket the "Rough river and small stream book " opened my eyes and realised you could fly fish for coarse fish .  A pastime that filled the gap nicely till the commercial still water scene developed a bit in the late 70s and the 80s . 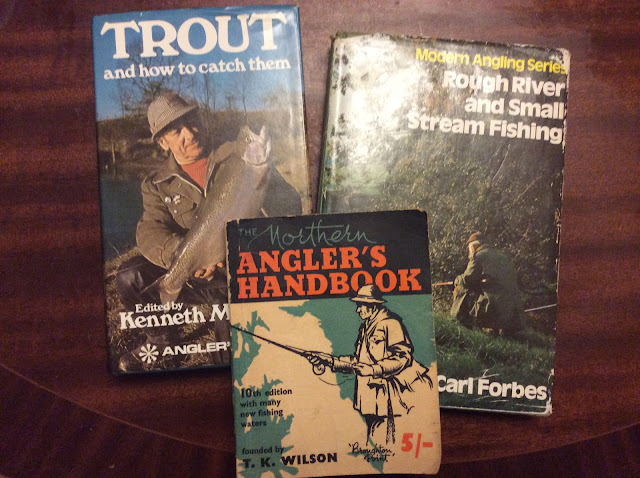 Over the years my fishing has focused more and more on rivers I am fortunate in living within a few miles of some really first class fishing .  My love of books is bound up with that and so many of them can conjure up fond memories .

My passions for fishing literature is still there but modern books whilst gaining in sophistication and technical detail seem to have lost must of the real naive charm.  I was asked by someone at Christmas what fishing book could they buy their young son ( age 10 ) who was expressing an interest in fishing . After doing a bit of a web browse there was only one answer I could give .  I bought a Mr Crabtree of the internet and gave it to them for him .  I understand it was a big hit and its a regular read for him.  So that's another angler in the making I hope .  These days I enjoy my now extensive library with a real mix of old and new .  But am sure that none will ever inspire the same memories in me that the titles above do.

The two below are a couple of my bookshelves .  Modern yes but at the time I read them they certainly made me think especially "In the ring of the rise".  Quite a rare thing these days a book offering genuine innovative thought on a pastime that to some extent has been done to death by many books which just seem to regurgitate a variation on the same theme.  When you read books like "The way of a trout with a fly" by Skues on the chalk streams and "The Practical Angler" by Stewart on our northern rivers you realise how they were pretty advanced for their time and are still remarkably modern in some ways .  Timeless classics a title that that very few modern titles will achieve. 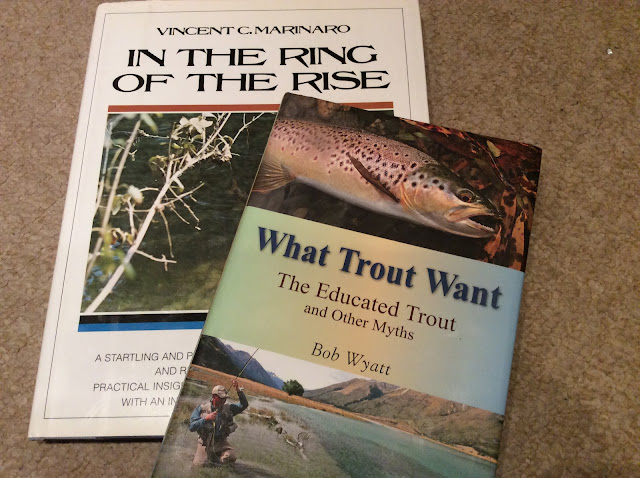 Posted by Becks and Brown Trout at 13:29 No comments: