Alarmingly as the years pass by annual milestones seem to come ever closer together.  As February draws to a close it marks for me the passage of the dark nights of winter into the light days of spring . The first week in February has always seemed to me the week that the lengthening days really become noticeable ,  the grayling are now spawning in my local stream    The  snowdrops are blossoming in the hedge bottoms and under the midday sun the water starts to look alive again.

Although the season is still in the future March then becomes a time of frantic fly tying ,  checking lines and counting days .  Each new dawn increasing the anticipation of opening day . " Opening Day" that first day of the season. An annual  test of  reality over anticipation.  The anticipation is of a warm spring day with a smattering of large dark olives  taking to the wing around lunchtime with an accompanying chorus of rising fish.  The reality is that the day will probably be cold, windy with that miserable driving fine rain that soaks you through.  Not a single fly will take to the air , but I will fish the dry fly in hope and then spiders in anticipation of a moving fish  before opening my account on opening day becomes  urgent enough for me to cook the books by using a nymph.  Although I no longer resist fishing the nymph, in fact I have embraced the art over the last couple of seasons . I still cling to a romantic notion that a wild brownie on opening day on a dry fly is the perfect start to a season. 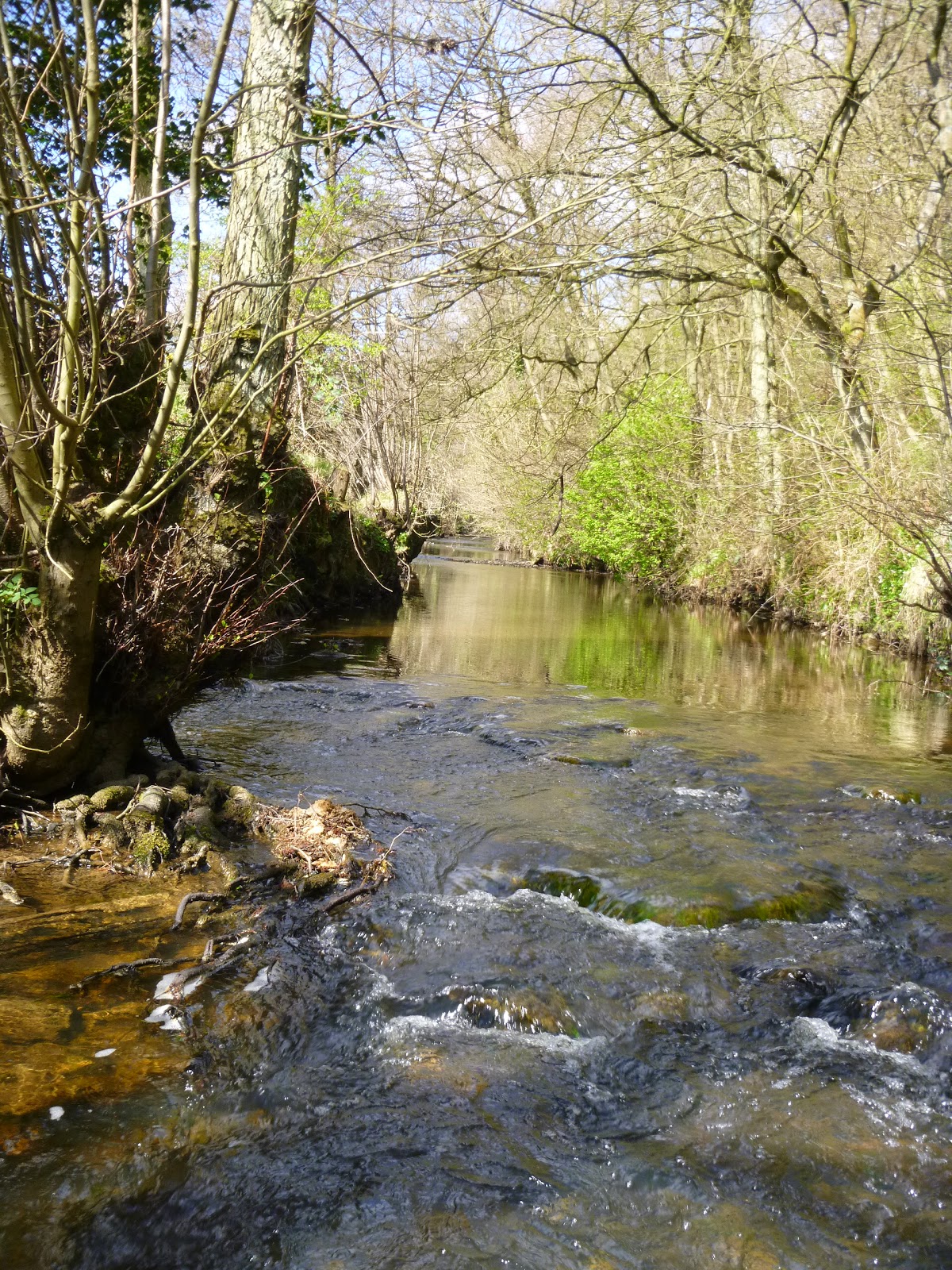 This year the lethargy that has been on me since christmas has meant that my fly tying has been non existent .  There are many jobs that need to be done.  There are a few new patterns that need to be added to my fly tying.  Lessons learnt and favours given by fellow anglers need to be added to my fly box. There too there is change my fly box of years ago had a multitude of flies mostly 14s and 16s . Now I find I have very few patterns but in sizes from 16 to 22 .  God bless Dave Southall for introducing me to his minimalistic micro midge a tiny fly thats long name is at odds with its astonishing ease of tying and a fly that caught me many fish last season.  It is one fly that will be an ever present in my fly box .  It will take its place among the old faithfull patterns I fish with the confidence derived from seasons long past.


As winters go so far this one has become the crappiest ever.  After suffering the flu at christmas , With Christmas dinner becoming half a slice of toast and marmalade. Then after just about recovering from that in early January I was rushed into hospital for a couple of weeks of been confined to bed with drips , tubes in the most uncomfortable of places and sensors galore.Now its the first time in my life I have ever been in hospital , I think I can summarise my stay as follows. Nurses are wonderful creatures , hospital food is revolting and morphine is quite simply wonderful. But laying on your back pretty much immobile for the first week gave me lots of time to think and dream of summer evenings on the river. 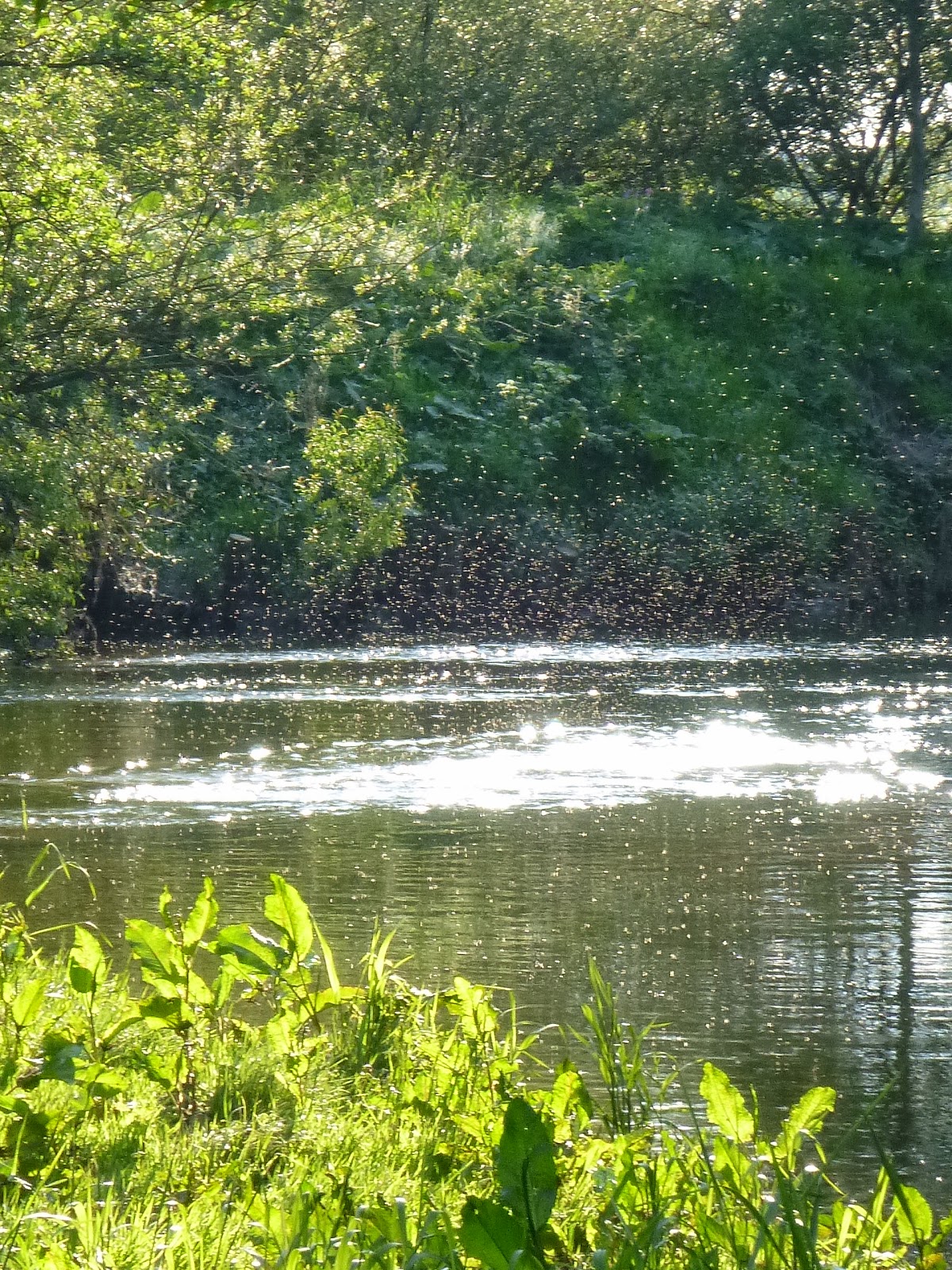 Now what does yours truly think about when hes immobile well yes of course fishing: I had hour after hour checking through all my fishing gear in my head, in my mind putting rods to reels and sorting lines and flies every last detail analysed and thought about.

Clubs I am in were considered and some decisions made, after joining the chalk stream late last year after I had paid all my other subs I really ended up with a club to many, this year I will be leaving Masham angling on the Ure. As much as I enjoy it last year I visited on a very few occasions, once to find levels were way to high and twice late on in the year I had my sessions spoilt by Salmon anglers getting into the top of the pool I was already working up and proceeding to fish down them , harsh words were said . The truth is that salmon and trout angling dont really interact easily on the river.  Well not without a greater degree of consideration than was shown by the two dick heads I encountered.

During the long periods of dozing and staring at ceilings I even tried to go through the trips of the season.  Making a mental note of which flies worked and thinking ahead to restocking the fly boxes. Then trying to plan my spring tying to restock the boxes.

The best and worst bit of the stay was the drug induced dreams.  The worst was down to something called tramadol which gave me two nights of dreams of such lucidity I felt they were real . The third night the dream was such that I ended up out of bed, I would like to think I was imagining I was on the river bank, the reality is I cant remember but the reality is I ended up in a heap on the floor complete with drips tubes and a fair bit of my blood and other bodily fluids. After that the tramadol stopped and the morphine dose got greater and the dreams got pleasanter. During one morphine induced fishing trip I managed a brown trout of humongous proportions well into double figures caught on a home tied size 22 cdc on a hook that appeared to be invisible,  It even made the national newspapers.  If only life was like morphine, well you know what I mean.