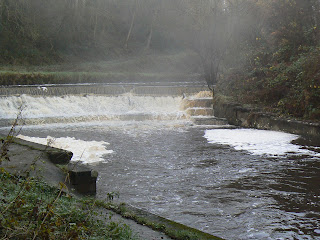 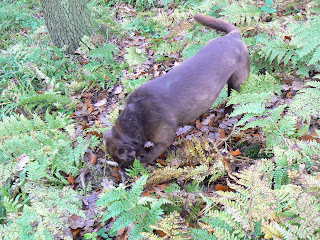 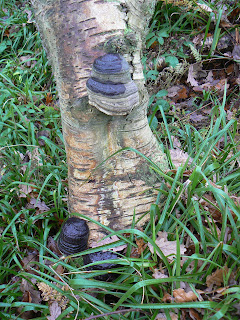 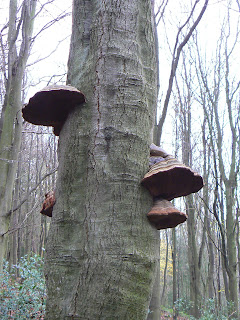 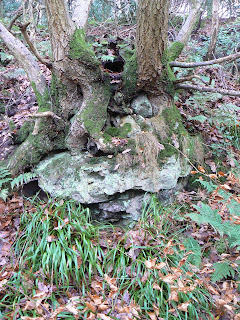 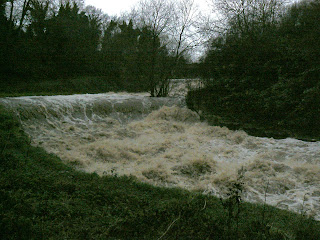 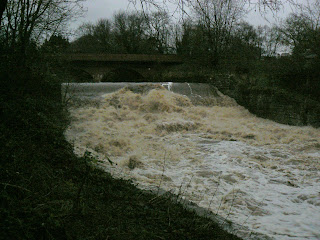 Our new fish pass is under that lot lets hope it survives.  There was nearly a metre of flood water on the gauge this morning if it survives this it should be ok for years...
Posted by Becks and Brown Trout at 11:10 No comments:

Recently I  posted on here showing the completing of our fish pass. Following its completion there have been many anxious hours waiting to see if fish can use it.   I am now assured by several members that fish have been seen ascending the ladder.  Something that I am very pleased indeed to report but bloody irritated that despite visiting it on a number of occasions I am yet to see anything using it...... 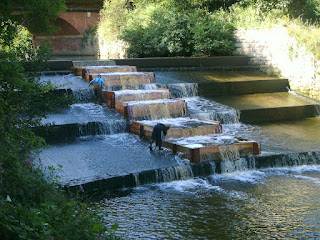 What I want now is some pics of fish jumping out of that top box.....