My first and best fishing buddy


I lost my Dad yesterday.  He was 91 years old and he had a good life . There was no defining illness at the end. Old age gradually just wore him down . However those simple words do nothing to describe him.  He was an honourable gentle man a good Dad and Grandad that I only felt I really got to know in the last few years of his life .   Truth is he and Mum were totally wrapped up in each other most of their lives. Sadly we lost Mum a few years ago. But since she passed away I have spent a lot more time with Dad and seen a different side of him .  Mum was lovely but  a bit of a prude, I knew Dad had a well hidden wicked rude sense of humour but have seen a lot more of it lately.  I guess what with me sent to boarding school age 11 then after school starting work I missed those teenage years with him . Marrying and kids then meant our lives naturally drifted apart. I think truth is like most people we both have faults but as you get older those faults don`t seem to matter anymore . These last few years has allowed me to connect with him again .  Seeing him every few days has made us closer.

He passed away with incredible dignity three weeks from the first call to get to his bedside.  On that first call our arrival at his bedside prompted a smile from him and a brief conversation and some surprise from his carers at his sudden recovery. There have been several calls to his bedside since and one evening I held his hand with the transparent skin every tendon and bone visible ,  but under my fingers the rock steady pulse told its own story.  One Day I was told there wasnt even time to go home first .  Dad left us just over a day later .He certainly wasn`t going to rush of.

In life he taught me many lessons , I confess I didnt always listen but at the end of his life  he taught me a final one, that is not to be afraid of death he passed away without a complaint. I spent many hours with him through those last 21 days his only worry was for his family and wanting constant assurance that everyone was ok.  He knew he was dying we talked about it and when my time comes I hope I deal with it as well.  I missed the chance to see my Mum at the end I was half way up the motorway when my wife rang me and told me not to rush .  Sadly at the time when the call came I was hundreds of miles away .  Spending time at the end with Dad has given me a real sense of closure that was missing with Mum 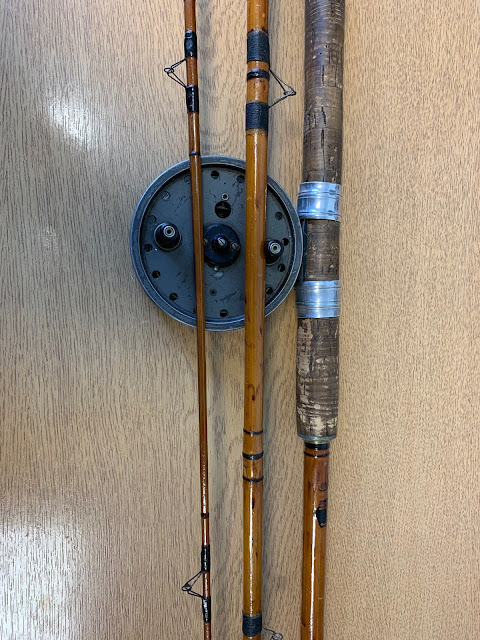 He was my early fishing friend and mentor . Dads take their kids fishing that is how it should be. The sight of him bringing a fish home is my earliest memory and the spark that lit my lifetime passion .  He started me fishing and we went together often but like all kids  not as often as i would have liked.  Dad was a coarse angler and his favourite fish were the Roach and the Grayling.  We fished together often many years ago and it was on a stretch of a local river I watched him catch beautiful fish and teach me the same. He was a fine angler trotting a float with skill and delicacy .   He was also passionate about the well being of the fish and how they should be treated with respect ,  it is a lesson I hope I still remember every time I fish . 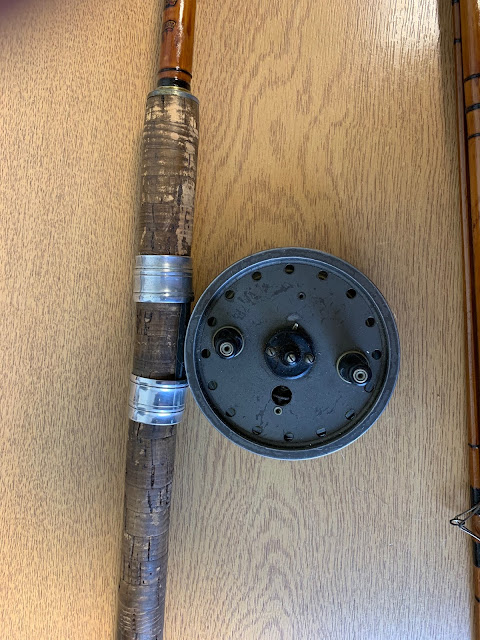 Another lesson i could do with learning from him is that tackle doesn`t make an angler , patience , application and thinking tend to be much more productive .  A lesson that applies to many things .He told me he got his Millwards Featherlight match rod and Rapidex reel in his early twenties that would make them 70 years old , it was the only rod I saw him fish with. When I look at all the rods , reels and other stuff I have I am a little embarressed  the rod and reel are now amongst my most treasured possessions ,  next winter on his birthday I will take that rod and reel and go and catch a Grayling on it , I cant think of a better way to remember him .  Thanks Dad..

A fitting tribute to a wonderful man. The loss of a parent is tough but you being there at the end made him as well as you feel much better.

Go out next birthday and do dad proud.

Please accept our condolences for the loss of your father. We always feel we didn't spend enough time with our fathers prior to losing them. I spent a good deal of time with my father as a teenager fishing in South Florida and think back on those times quite often. I've thought about how it would have been spending time with him as an adult. Unfortunately I lost my dad when I was only 21. Like Alan said, next birthday, do him proud.


The uncle who started me fishing left me his Rapidex and Hardy Perfect Roach. It's been restored but I still use them once or twice a year at appropriate times but they should be on the Swale or Tees. One day I'll manage that pilgrimage. My sympathies to you. John

Andy my condolences and Im sure he will be up there watching over you & smiling when your out after that Grayling, be safe.

So sorry to hear your news Andy. What a beautiful eulogy, I hope that you get to do your dad proud and land a good catch of roach on that rod when the time comes for it to work the river again.