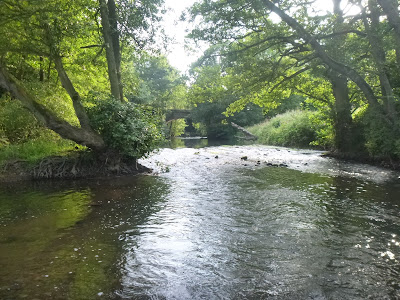 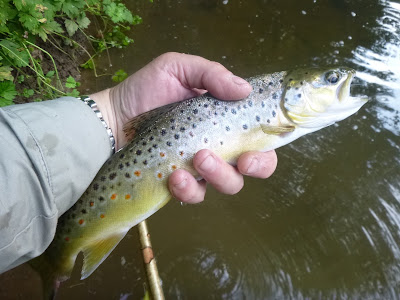 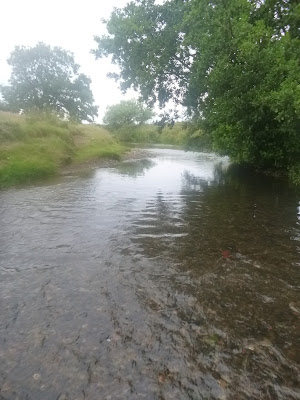 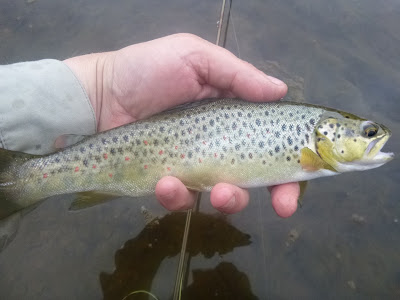 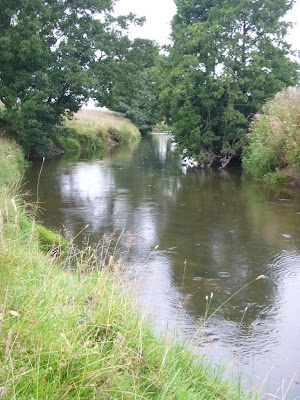 Posted by Becks and Brown Trout at 21:27

Nice Andy. they are both beautiful rivers. You'll probably have had some decent rain now, the thunderstorms we had down south were moving north!
Regards
Peter

It all seems to be missing us peter . One short shower in the night is all...
We could do with a lot more..

Very nice Andy, that's what I miss, a small river like that , I used to fish one in my younger days & there was always something special about it.

Your welcome to fish it with me George...

Hi Andy. Looks like great fun. Where is this on The Dove and are there day tickets? We're staying near the Dove for a few days Ian couple of weeks and might try to get a few hours of fishing in (if I get permission). Thanks, Mike (troutvsfly.com)

Send me an email.