This strange year moves on .  Here we are nearly half way through it and the usual rythm of the seasons seems to have disappeared,  by now evening sessions should be the main pastime and yet not one evening has been spent by the river. The cold and windy weather has meant that the evening rise has become only something that is read about, the mayfly hatch shows no sign of appearing. It should happen any time soon and around here any time means  from the last week in May to the second week in June .  But as it should be its gloriously unpredictable.  Meanwhile I shall wait patiently for the summer to arrive and herald the start of the evening rise. 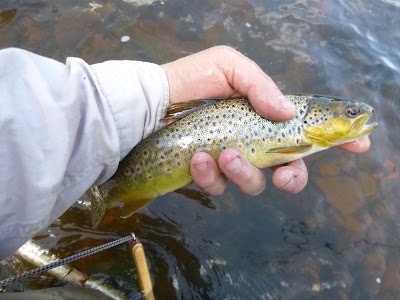 Today was a chance to get over to the Ure .  The river had dropped to a nice summer level and on arrival was seen to be extremely clear. Its normal strong tea stain replaced by the clarity of spring water.  Bright sunshine a gin clear river and low levels are not a usual recipe for success.  But a french leader and a 12ft 2 wt rod gave me confidence that I was equal to the conditions.  The 12ft 2 wt is a result of an impulse at the tail end of last season a bulk buy opportunity on an online forum encouraged me to invest in the blank and Chas Burns did an impressive build to produce a rod which certainly offered the capacity for a different approach.   A  french leader well more leader to hand ala Jeremy Lucas allowed for a delightfully delicate presentation and the ability to hold a 10m leader clear of the water allows a drag free presentation across multiple current lines. The approach certainly worked but the 12ft ? well we will see . 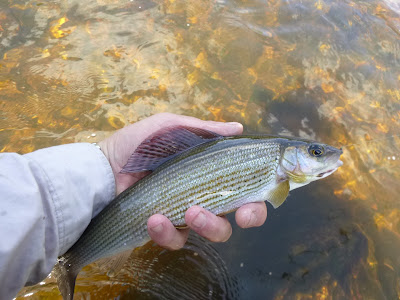 I show this matched pair of out of season Grayling only for their perfection. They were in the very peak of condition and rose to the dry with abandon.  I had six grayling during the afternoon these two and the lower one were the best of the bunch . Just a shame they dont realise its their close season.  The two fish summed up the day. No fish of real note came to hand but those that did were bright solid and very very welcome. 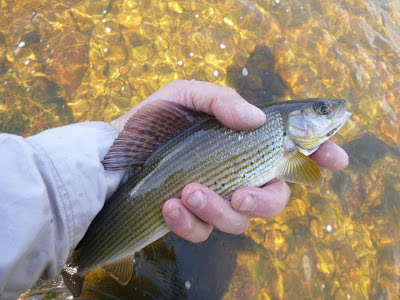 There is something about the green of spring that is enchanting it has a newness and freshness that fades all to quickly,  combine this with bluebells, wild garlic and bracken you have a delight.  What is it about a unfurling bracken that makes me think of sea horses ? . 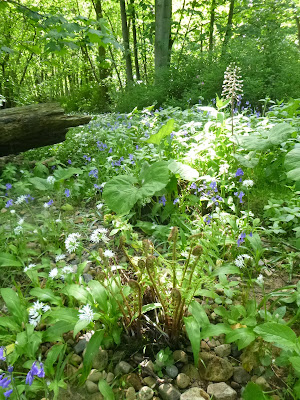 It was a good day finishing with around 8 brownies and perhaps the same grayling , all on the dry fly .  The largest fish of the day was this Grayling which appeared to be still recovering from spawning and was returned quickly. 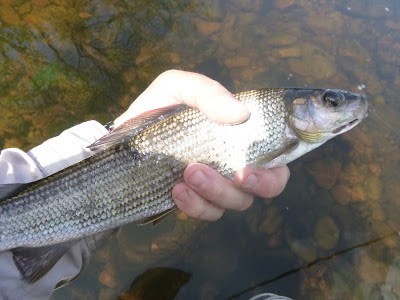 The best fish of the day should have a been a brownie that fairly screamed line of the reel .  Jumped once to show me that I wasnt messing with a kid then in a final flourish threw the hook. I am sure that it was blowing a raspberry at me at the time .  At least it seemed that way to me. 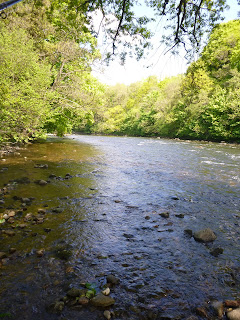 A fellow angler was on the bank today ,  it was good to see you Richard check your emails....... 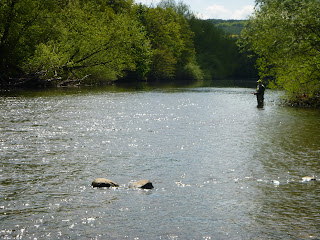 Posted by Becks and Brown Trout at 22:59