I have just returned from a weeks holiday in the Yorkshire dales,  refreshed and inspired . Refreshed as it was just me and the long suffering Mrs T and boy did we both need a holiday .  Its amazing that the poor woman never complains that our holidays in this country involve rivers or even countryside that may include rivers or Lochs .  That the car has to include space for fishing gear ( just in case) as well as 5 stone of labrador and possibly some fly tying gear as well.  This time however I only fished for a couple of hours in the whole week .  As for inspired well... 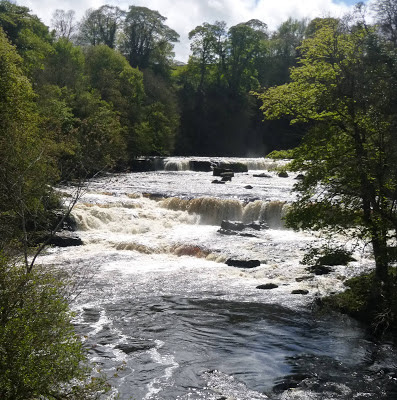 After fishing the Ure for a few seasons now I have become a huge fan of the river and whilst the vale of York will always contain my home rivers and  the Dove , Rye and Derwent and the many becks will always be my first love . The Dales rivers are becoming an increasing fascination . The rivers have a character which is totally different and are wrapped in a countryside which is stunning . 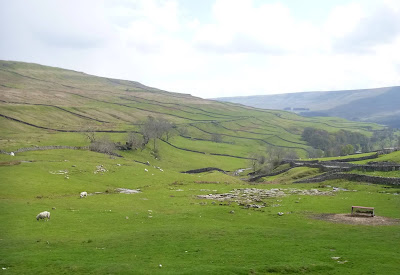 During the week we did a fair bit of touring around , some great walks across stunning scenery and I did a lot of bridge leaning and trout spotting not easy on rivers that were largely swollen from the frequent rain ,  as a result a list of rivers have now gone to the top of my "must fish list" these include the Wharfe , Cover,  Bain and others , What you you say ? I have never fished the Wharfe well its a mistake I hope to rectify soon. Its at the top of the list. 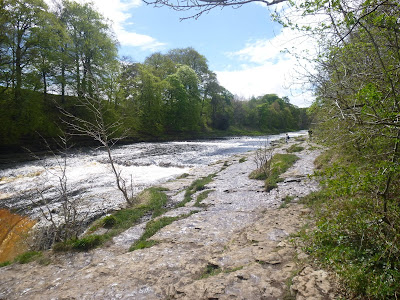 Despite looking beautiful the Ure was running very high and in a couple of hours of fishing very few fish were rising, I saw two decent fish rise in two hours , both were well out of reach .  Small parr were rising in the shallow pool tails and after catching a couple I ceased , I always feel guilty catching parr . A bit like the older school bully picking on the first formers. 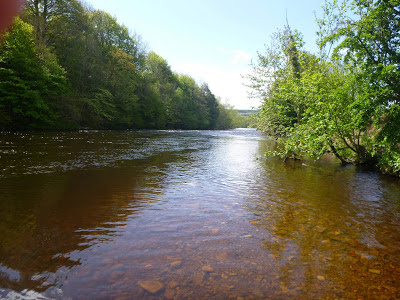 The valleys and rivers around here are about as perfect for fly fishing as I could imagine , thank god they are in Yorkshire.  Its a strange thing but despite visiting the area many times whilst walking , cycling and just driving I cant say they have ever left such a positive impression.. 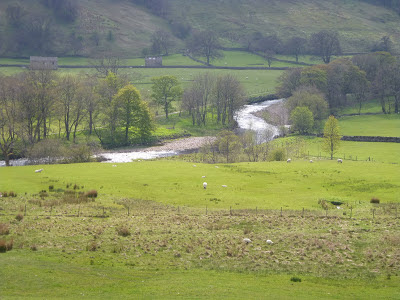 I will leave you with a view from Wharfedale ,  At the time I was eating a pork pie from Kendalls butcher in Pateley bridge and the sound of a Curlew was echoing over the valley .  A moments perfection ? well maybe not quite but damn close.

Posted by Becks and Brown Trout at 09:38

Well done Andy, Shame about the rivers being up but if ever you want to fish above Aysgarth falls then give me a shout
best regards
George

"At the time I was eating a pork pie from Kendalls butcher in Pateley bridge and the sound of a Curlew was echoing over the valley . A moments perfection ? well maybe not quite but damn close."