Yesterday was "Yorkshire Day"  .  A day to celebrate our County and its heritage and Beauty .   By coincidence I had planned a day of fishing .  To the river Ure in Wenslydale.  A more Yorkshire fishing destination is hard to imagine .  I had invited a friend along for the day .  Part of the fun of membership of Fly fishing clubs or syndicates is that it gives you the opportunity of sharing days with friends .  Apart from good company  on the day the cries of lapwings , curlews and the occasional buzzard overhead added to the scenery.  As for fishing conditions , well low water , bright sun and a cold downstream wind made fishing challenging . 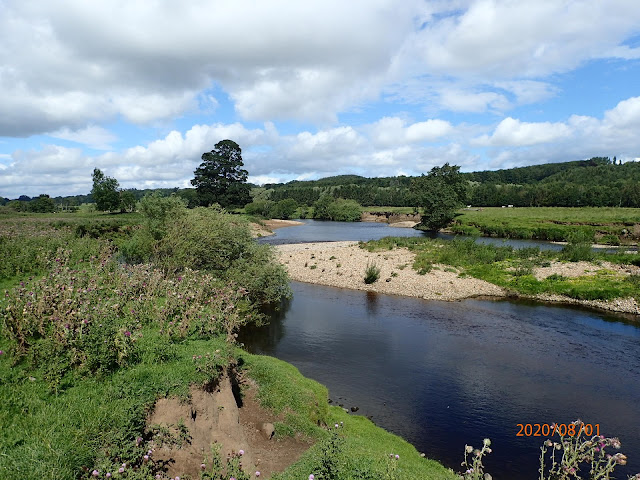 We both were hoping for dry fly fishing but on the day the conditions told us"Nymph" . But after a bit of fruitless Nymphing in the faster runs I switched to a duo .My fist decent fish was a Grayling which came up and hammered the Klinkhammer.  After that we both pretty much reverted to dries occasionally casting to the sparse visible rising fish but mainly casting to likely lies and holding places .  here is my Guest for the day happily exploring the Skinny water 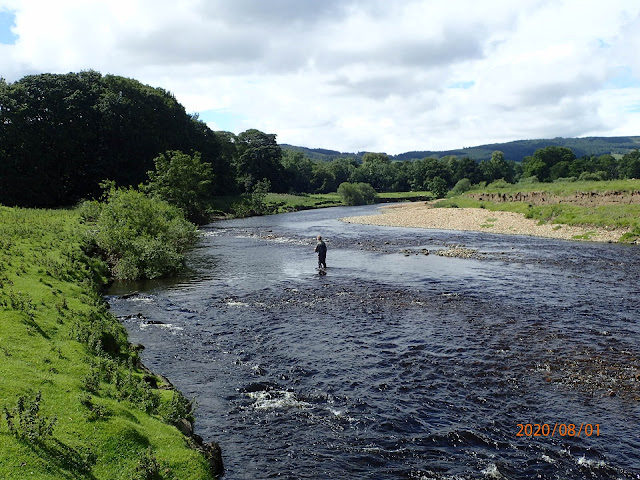 My first few fish were dwarfed by a pretty average Cuban Cigar this was the first decent fish to show .   On a dry fly despite both of trying nymphs extensively all fish came of the top  despite there been very little evidence of rising fish .  It was a case of putting a fly where you thought a fish should be . 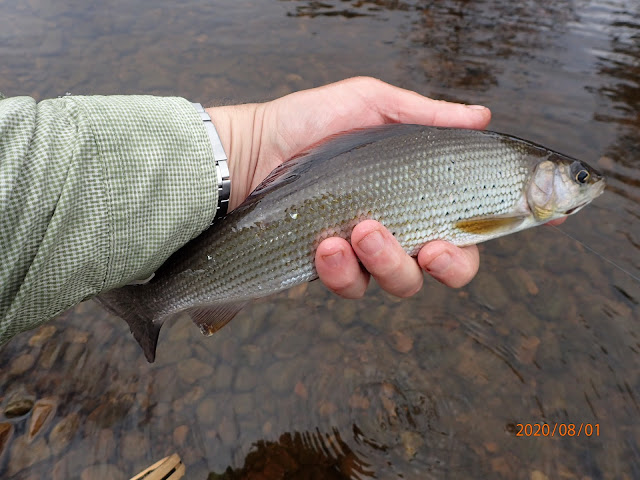 Apart from a couple of little wildies the other trout that showed up was this one and one a good bit bigger .  Pretty sure that despite the colours this was a stocked fish .  Pulled well though and was welcome on a pretty slow tough day. 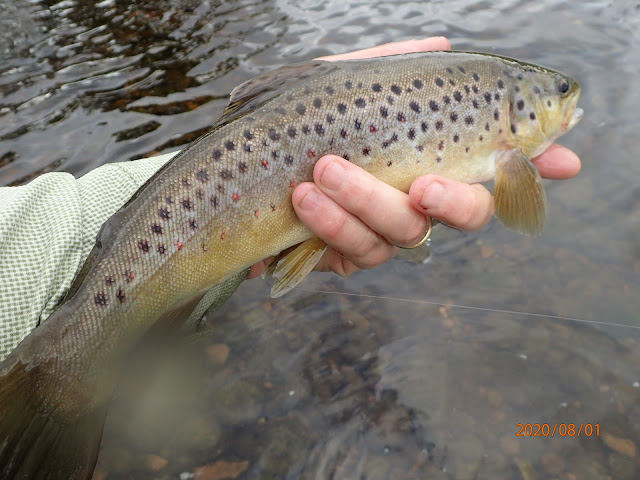 I suppose the winner on the day was Wenslydale . Tremendous scenery a beautiful river and the sounds of Curlews , lapwings and Oyster catchers , even a kingfisher put in an appearance.  On the day we sort of ended honours even I had six trout and two Grayling ,  my guest did the opposite with six grayling and 2 trout. He has a well deserved reputation of been able to sniff out a grayling in a puddle. 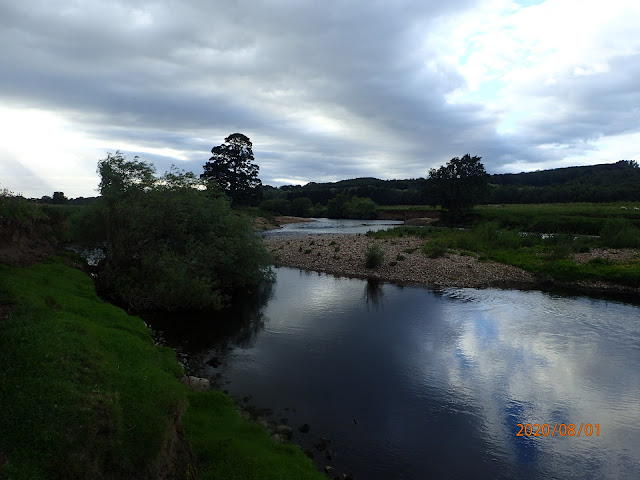 Posted by Becks and Brown Trout at 09:24

Even Steven. No boasting necessary.

A fly fishermen paradise, I envy you!! Thanks for sharing