When it all comes down to it ,  as a fly fisherman who loves small streams I guess it does not get any better than a summers evening on a pretty stream with rising fish .  When you analyse it all there are really only a couple of months maybe three at best when the evening rise has a chance to develop properly .  This year apart from Covid lockdown we have had a strange year ,  months of unbroken sunshine which followed a very wet winter , then after the recent hot spell the last few days has seen heavy downpours with rivers rising several metres almost overnight .   Anyway last Friday after viewing the weekend weather report which was for thunderstorms starting that evening and getting worse over the weekend  I decided to risk the weather.  The rivers were fairly settled and it was very warm and sticky. I decided on stretch of river based on how near I could park my Jimny if I had to exit quickly in case of downpours. 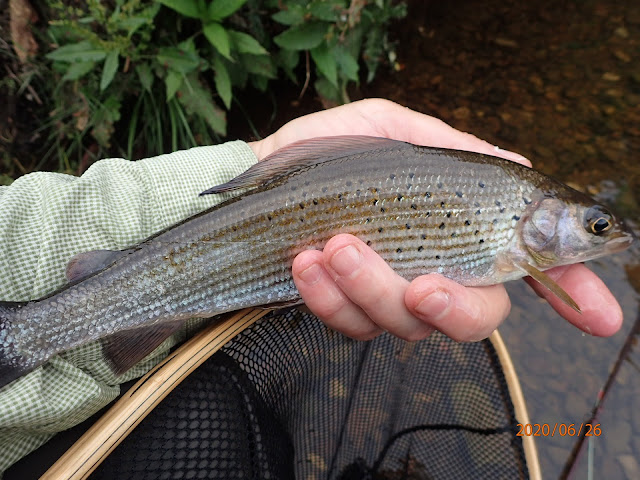 Not big but from a tricky lie and on a dry , it will do nicely 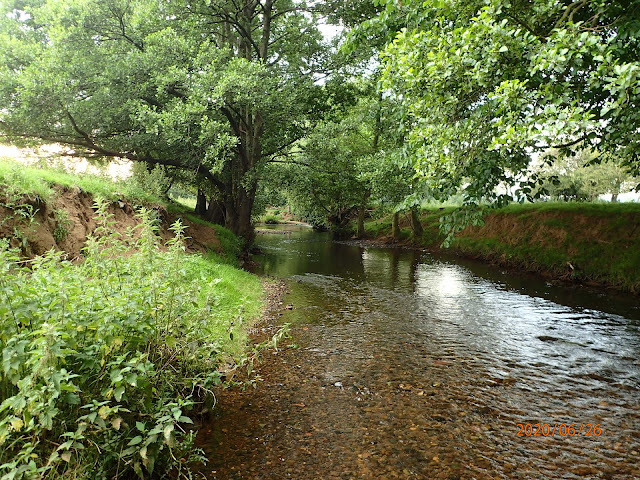 I love this stream pretty wild and challenging  but a lovely place to be .  It has a good head of fish to 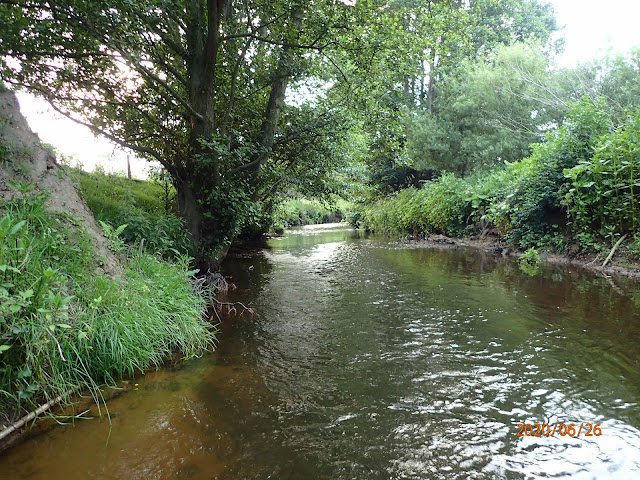 It was nice to see rising fish almost immediately ,  not huge numbers but enough to promise an interesting evening ,  there were BWO coming of and so choice of fly was easy .  A size 18 fly fly with a dubbed seals fur body.  Well seals fur and artificial dubbing , I find just seals fur a pain to dub on small flies.  but mixed with some artificial dubbing it works much better. 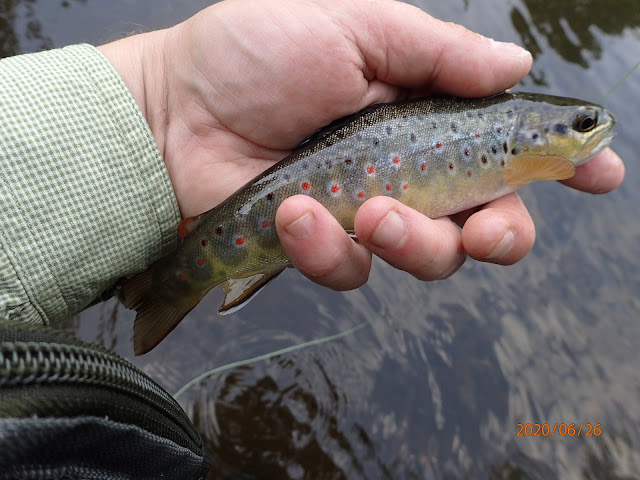 My only company were these sheep.  They were very curious . 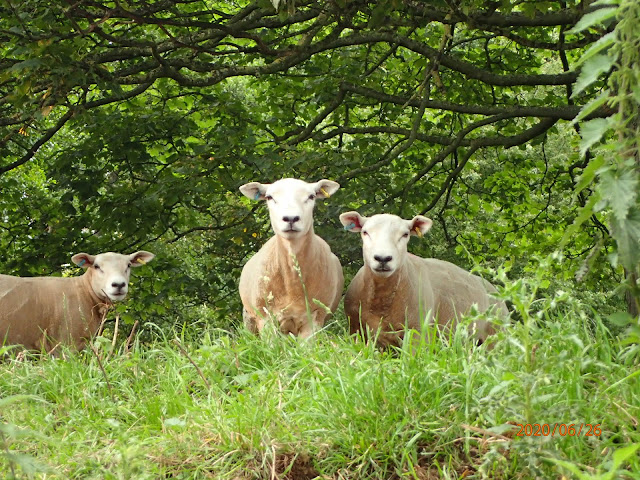 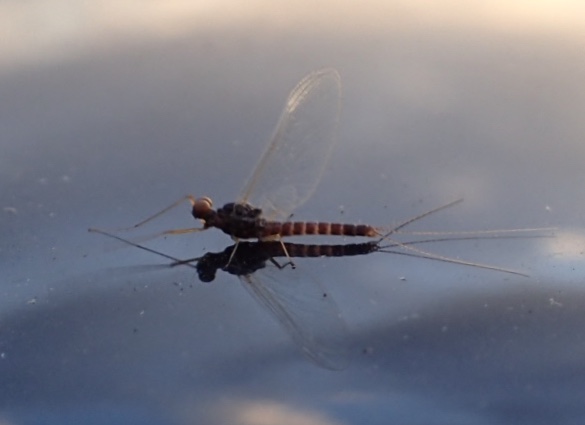 This is the F Fly pattern I use this is a size 18 .  Love the spikiness of seals fur.  Body dubbing colour varies orange , olive and black are all good depending on whats hatching ,  also plain black thread body and stripped quills ,  It is a hell of a pattern 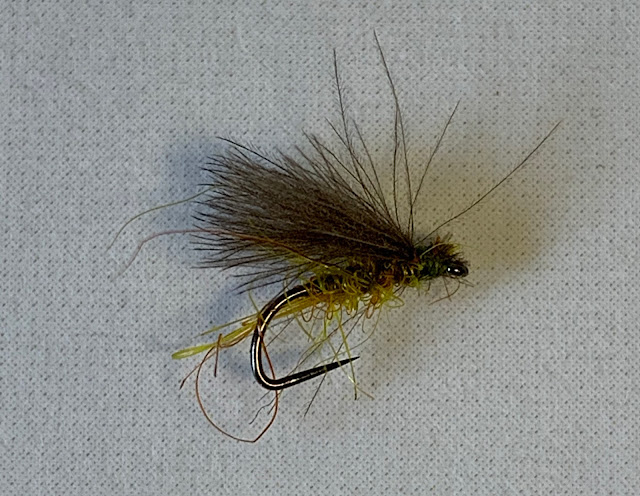 After a dodgy first 10 minutes when I caught a tree and two clumps of Grass I got into my stride. the fish were rising well but were very spooky ,  generally you only got one cast and in the very tight surroundings you have to get pretty close often roll casts between bushes were the answer ,  but you tend to do a lot of improvised casts , also you seem to spend more time checking behind your arm than aiming at the fish ,  which is why roll and spey casts are so useful as least you can keep the line in front of you. 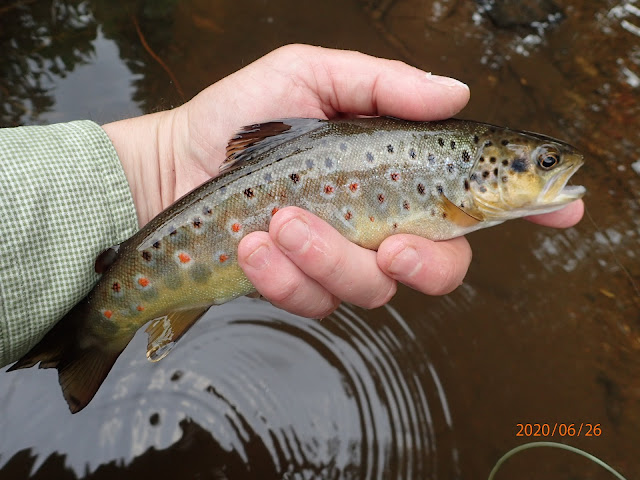 Lots around this size were caught ,  The bigger ones were hiding . 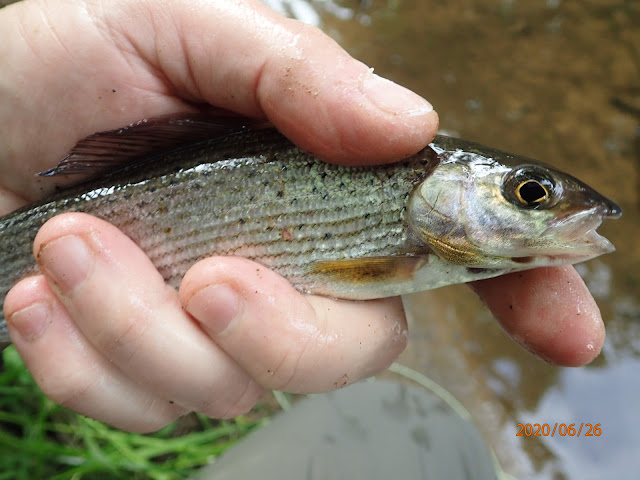 My car was well populated with resting fish food when I got back to it . 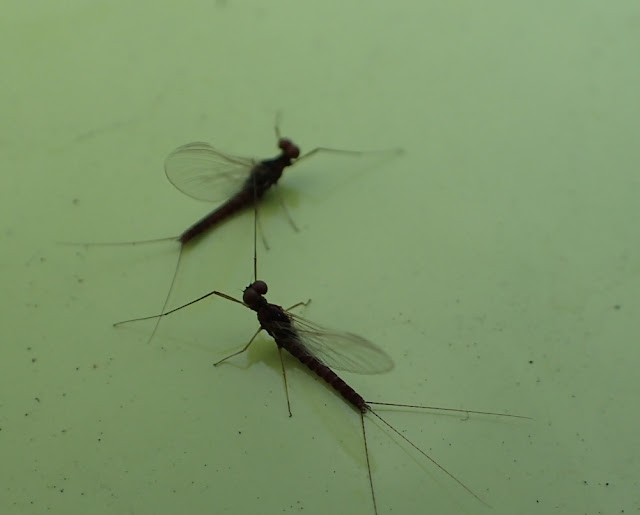 The highlight of the evening was the fact that the Grayling were rising to dries to . Sadly the best one of the evening was the best one I nearly had after shaking the hook and saying goodbye.  When I got back to the car it was covered in Flies, Mainly BWO but also a few Sedges and I think Olive Uprights .  I drove home after best part of four hours fishing ,  saw a few rain drops and heard the odd rumble of thunder but very little wet stuff. Only three or four miles into my Journey and roads were awash so not just a good night it had been a lucky one .

Posted by Becks and Brown Trout at 10:39

I hate trying to fish when I'm having to dodge rain---a beautiful stream you were fishing there. Really impressed with the fly pattern you were fishing---do you fish it sometimes letting it drift just below the surface film? thanks for sharing


That was a pleasure to read and view. Delightful views of the stream or beck. All the best, John