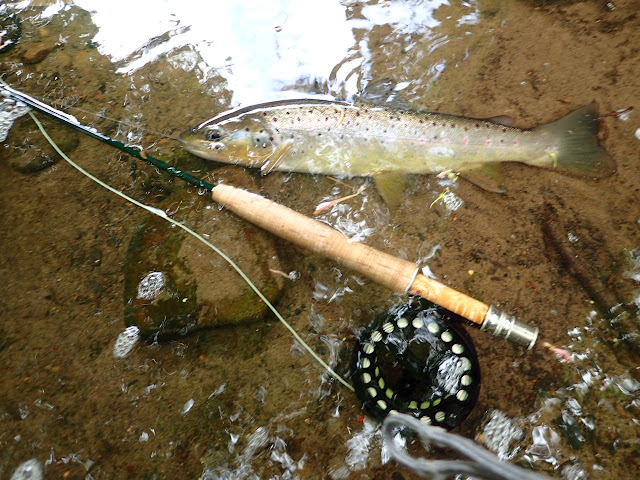 So things are gradually returning to normal, or should I say things are settling into the new normal .   There is this new thing called Social Distancing . Well its new to some folk .  Personally have never been a lover of crowds and given that casting a fly on a secluded stream  is probably near  the polar opposite of being in a crowd . Anyway apart from that  given how Society normally works there are some pretty fundamental changes to how we live heading our way.  In a lot of ways not a bad thing I guess .
Anyway this last week or so has seen me get back to my local streams a couple of times ,  The streams are very very low . We have had no rain of any consequence now for several months .  But at last we are allowed out to play . The rivers although low are full of lovely free rising trout.  Even Grayling appear to be free rising at the moment . 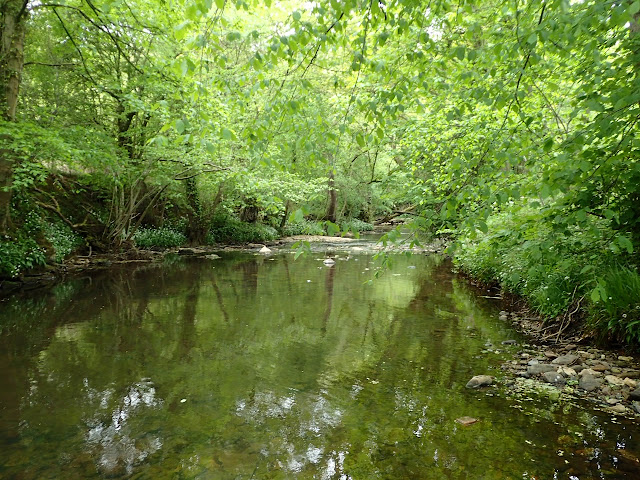 I always feel immensely privileged when I fish my local streams . We still have several that are relatively unspoilt and no longer stocked .  Sadly there are still many clubs and syndicates that stock quite heavily. This impacts on both the Native Trout and also the Grayling . It is also becoming more apparent  that it impacts on peoples desire to fish them .  The club that I am Chairman of has seen a noticable change in what people are looking for. .Increasingly people are enquiring if the club waters are stocked or wild , with a preference for the latter .Also do they contain Grayling . I really believe that there are enough put and take fisheries stuffed with willing stockies and people are looking for something a bit different .  Quality over Quantity I suspect. 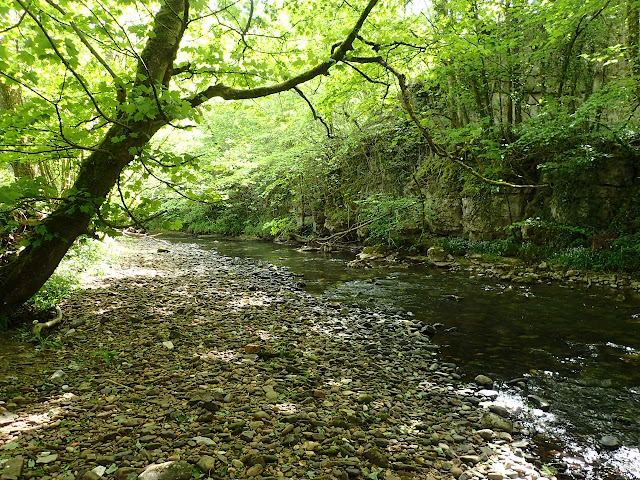 Anyway for now the sun is shining the rivers are buzzing the Mayfly are starting to hatch and I have a trip planned for the weekend to one of the Classic Dales rivers. So for now all is well with the world . 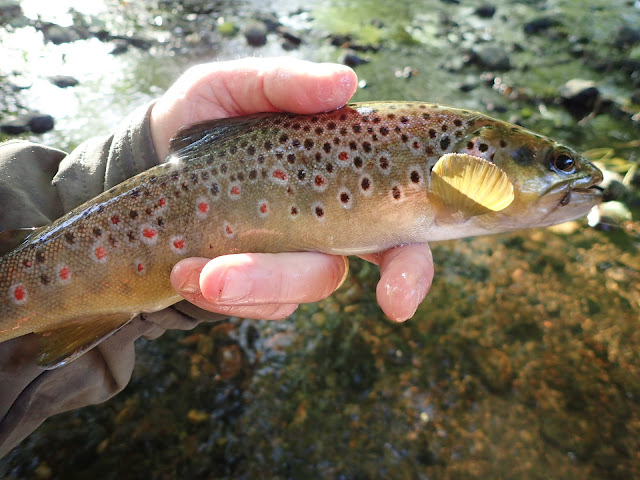 Well a little bit of a late addendum .  The weekend trip to the Dales didnt happen due to the ultra low water levels there . Also hearing some bad reports of the area been overun by visitors .  So as the Mayfly were starting to do there stuff and the local streams are always quiet it was another weekend spent locally.   So the pictures below are all from a couple of trips on another local stream. 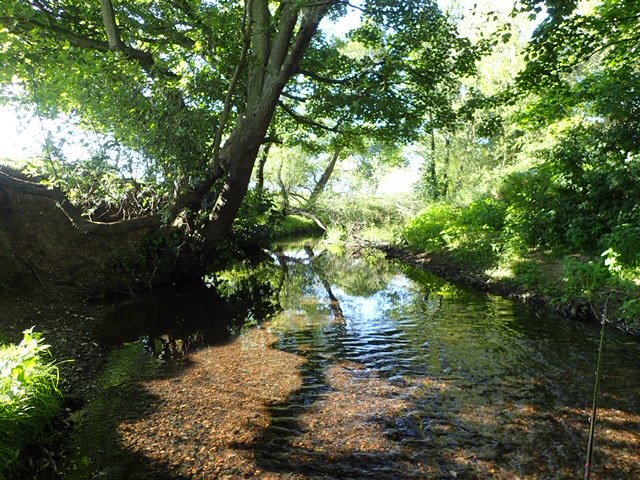 Just to confirm what I said about the Grayling I was surprised to catch this on a dry fly the other day . Out of season as well. The fish was lifted very briefly from the stream and I could not resist a photo and to briefly reflect on what a beautiful fish they are .  Interestingly on both these local streams the Grayling grow to a better size than the native browns do. 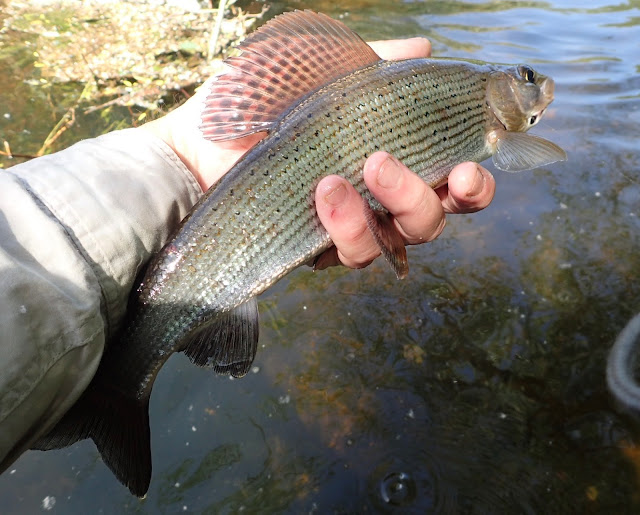 In places the fishing is very tight . Roll casts and short rods are the name of the Game . 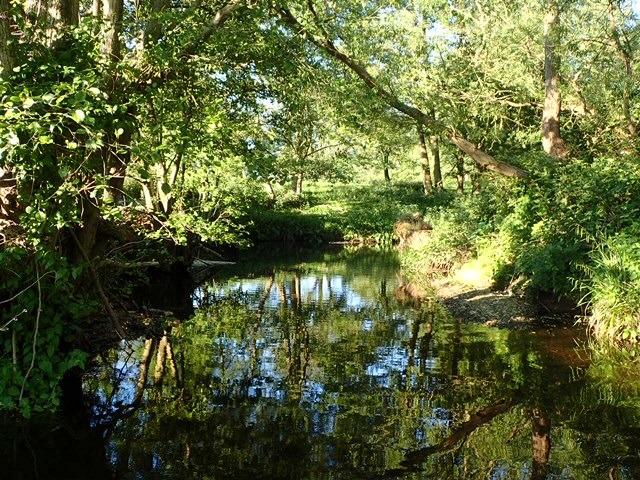 The fish are small but free rising and fight harder than there size would have you expect. 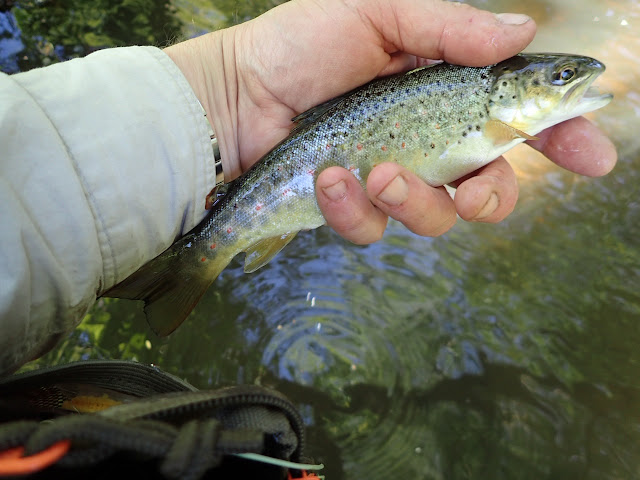 On this stream and those like it this is may favourite outfit .  A very light 7ft 3 wt . 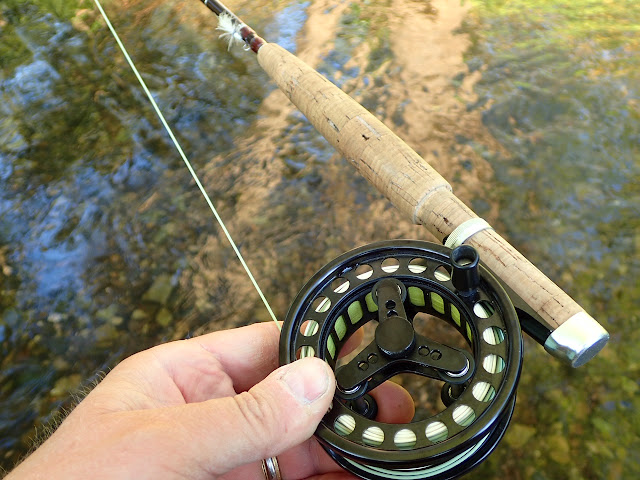 The lack of any rain for many months have left the streams very low ... 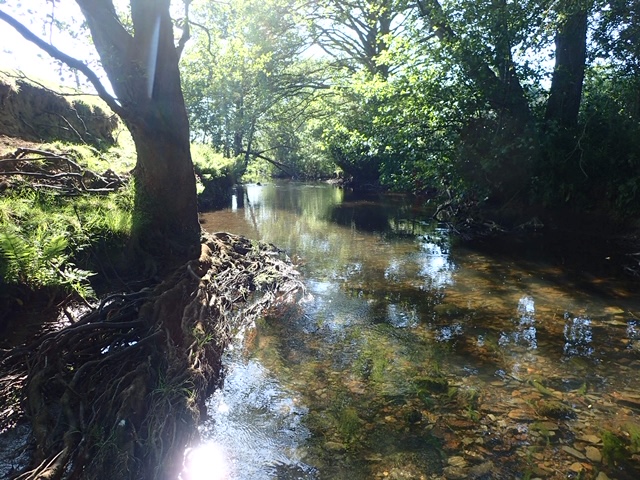 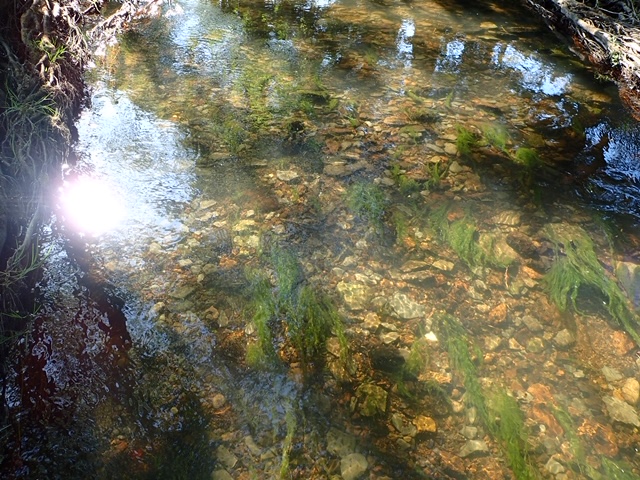 Posted by Becks and Brown Trout at 16:00

Glad they let you out. We got released just before Memorial Weekend. There was no way I was going anywhere that weekend and as it turned out, those that did said it was PACKED Everywhere. Glad I stayed home.

Glad your out Andy, as yet Im still not fishing, just lost my mojo and cant be bothered right now so may just hang off until after 16th June when the Grayling are back in season. Tight Lines George