First of heres the good .  We have a good few of these on the beck.  Marsh Orchids, delightful things
its just a shame they arent more prolific and about 16ft tall. 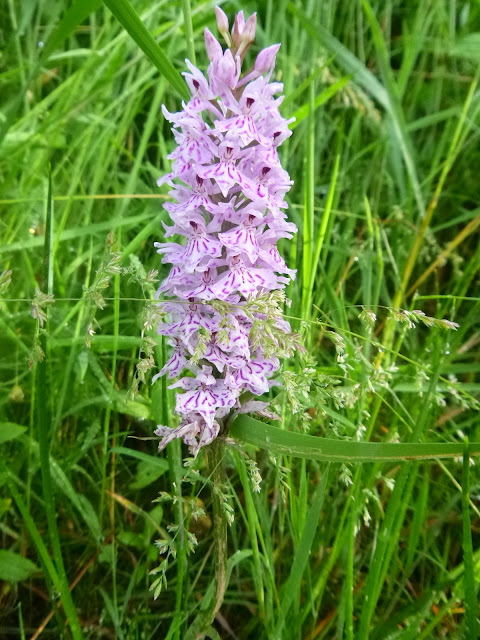 Now the bad and the ugly...Went on a work party the other day ,  well it was more of a skirmish in our clubs ongoing battle with invasive species .  We have the full set down the beck , himalayan balsam even a little patch of knotweed and of course Mr triffid himself the Giant hogweed.  Again this year the clubs brave volunteers have been employing the usual armoury of physical and chemical weapons since spring to try and get to grips with this stuff ,  spraying started early at the upstream end but even then as we worked down the becks watercourse plants have had chance to get established at the bottom end . During this skirmish two members ( myself included) donned hats,gloves and full clothing to attack in an advance party cutting flower heads to prevent seed ripening.  Followed by the chemical weapons swat team . Spraying to kill the rest of the plant. 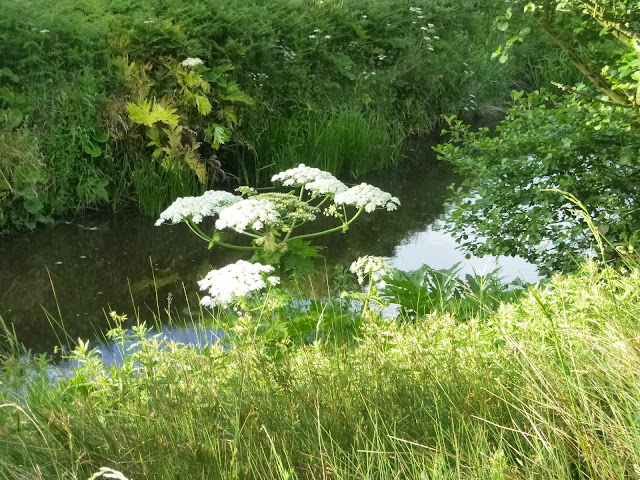 Its a battle we are determined to win .  Its just a pity that the local council whos land it is arent doing it for us. 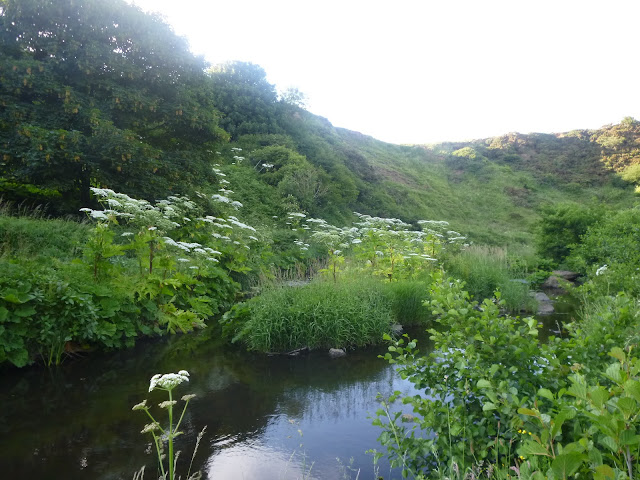 Posted by Becks and Brown Trout at 14:02

What can you say, invasive species are always a fight. Just depends on where you are, what invasive you're fighting.