The good the bad and the ugly

Well its now at the end of the season and  I was just checking some kit that wont get used till next spring . It made me think about the good and bad stuff that I have used this year.  I have thrown in a few pics to help the post along

First the good.
First  The vision Mycket bra has been brilliant and will continue to wear it and abuse it waistcoats are now a thing of the past.  Very well designed and tough to boot.
Second Once again I go through a season and realise what a fantastic small stream rod the Hardy featherweight 7ft 3wt is.  yes the warranty is shite and its overpriced but it is a gem to use I love it. Lastly
Orvis Endura waders I have had a pair now for over three years and they have had some serious stick they are very breathable and they dont leak.  Truly great value. 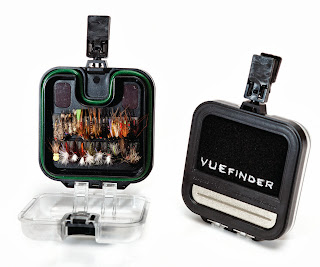 Now the not so good :
Firmly in the Shite category but actually at the top of the shite pile is the wychwood viewfinder fly patch a more useless piece of angling equipment I have yet to find ,  badly designed and with a clip that doesnt clip a truly awful product .

Next are two items that I purchased at a reasonable price but stupidly I assumed that they were fit for the purpose how wrong can you be.  I give you the Airflo Zip- lok delta waders and the X stream wading boots with a stealth studded sole.   I say stealth because on the two pairs i have had the studs dont protude from the soles which seems to negate the whole point in having them, but if by some chance there is a button somewhere that you press to make the studs appear like the  the ejector seat button on a James Bond car.  Then someone please tell me but do it quick as once again the soles are parting company from the uppers.  A trick the first pair did and to be fair fishtec exchanged them but this time I have decided to glue the buggers back on .  The other half of the "good deal" a phrase that has never been used under such false pretences .  Is the waders, they are brilliant until you actually enter the water , yes if your aim is to ponce up and down the bank and be able to stop and have a pee when ever nature calls then the zip design is fantastic. But if you venture into knee high water you will find that the double layer of fabric to the  lower leg fills up nicely with water and makes your legs about 4 stone heavier which isnt a great idea when you are trying to haul yourself out of the river up a muddy bank wearing stealth soled wading boots,   The only plus side is that when you do reach the bank top you can have a slash if you havent already pissed yourself in the exertion of getting out of the river with 4 stone of water trapped to your legs wearing stealth soled boots.  Recently the waders have played their final trick the zip now leaks under the slightest provocation. So although the zip is excellent in allowing us to prevent moisture from the inside it is useless at preventing it coming in from the outside . 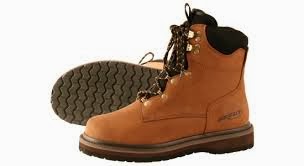 So here are the cold hard facts I have Orvis endura waders that have had more than three full seasons hammer and a pair of Hardy boots that are now 5 years old but although looking pretty beat up perform well. The Orvis waders are still waterproof and are far more breathable than the airflo ones ever were .  The Airflo Boots have been worn probably a dozen times and are now again dropping to bits and I am still looking for the stud ejector button.  The waders are leaking and I wont be spending money to get them repaired.they have probably been worn a few more times than the boots simply because the stealth soles are dangerous on wet grass and mud.

Made me smile Andy! I had a pair of Airflo waders and boots one time and exactly the same happened to the boots (soles dropped off on two successive pairs); and the waders leaked within minutes of entering the water. I actually had the waders exchanged 4 times before losing my rag and demanding they replace with Simms Freestones!

Thanks Andy, reading that has put a smile on my face this morning :) I couldn't agree more about the Wychwood Fly Patch. I had high hopes for it, but it turned out to be an utter pile of shite. I've some Orvis waders + boots that've seen me through 4 seasons now, little bit of Aquaseal needed but nothing serious.

To be fair if the clip was sorted the Fly patch would be pretty good but as it is its hopeless...