Well thats it.  Another trout season over.  It seemed to be a shorter season than ever , but there again time does seem to rattle by these days and this year has certainly seen many changes for me.  For now I feel happy for the season to end it allows me to focus on other things .  I actually like the winter its a time for me to draw breath and clear away the tasks not done in the summer . The fly boxes need refilling and for the first time I reckon I actually know for certain what I will be tying.
Lots of CDC emergers more in sizes 18 through 22 than ever before , the traditional dries will still be there Greenwells and Kites imperial are still flies that I hold great faith in. Among the trans atlantic patterns the grey wolf and Adams always find a place. Here is one of the last trout of the year for me one out of season fish caught on Sunday rising as freely in the Autumn sunshine as they do on a June evening. 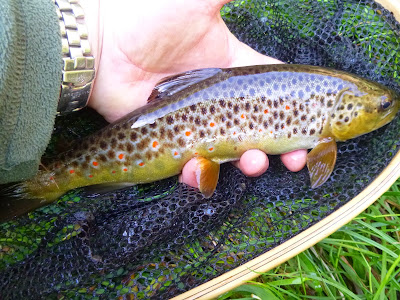 Last weekend I went to the Dove getting out of the car this was the view ,  the sunshine was just burning away the last of the morning mist and the dew was thick on the ground.  I live in a beautiful part of the world.  A simple view but in its own way perfection. 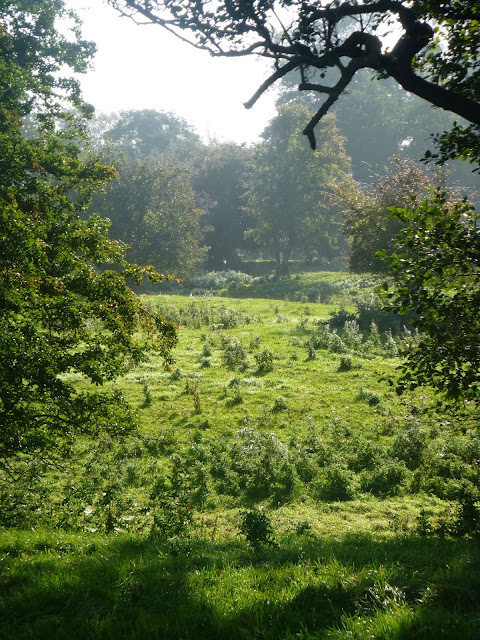 As it happened the grayling were conspicuous by there absence at the weekend perhaps the ridiculous low water levels are to blame.  But I am sure that over the next few months they will show up more.  One thing to happy about is the numbers of tiny grayling I am seeing in the 4 inch category .  The Ure, Dove and Rye seem to be stuffed with them this year. Anglers elsewhere seem to reporting the same so at last we seem to have had a good year for them. 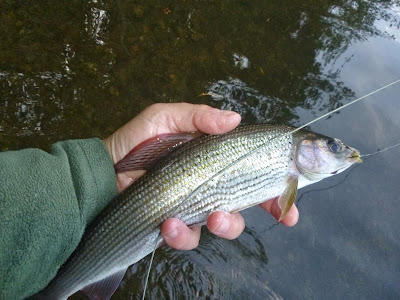 The grayling above is one of the first of the season I hope its the first of many.   They are a beautiful fish .

It always seems trout season is far too short. It's about to end here in New York as well. I am already dreaming of next year. Here's to a sort off season!

I must come up from Lincolnshire next year and have a days fishing with you, are you up to it buddy?

Very nice Andy. Get yourself out chasing grayling now!