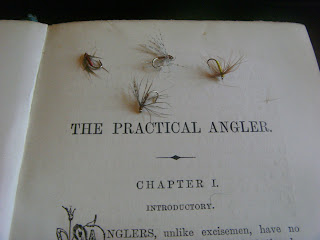 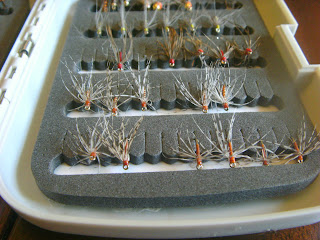 Posted by Becks and Brown Trout at 09:26

North Contry spiders are outstanding flies and I am left to wonder why they are not used more often here in the US. I always have some in my fly box. I have Harding's book and think it's excellent. I look forward to hearing how you do.

I agree 100% with Kiwi. I seem to always have success with them. Guess there is a reason they have been around so long.

Those are some great books to read, so thankful they are still available. The north country spiders are tops in my book and I enjoy fishing them often. They can really shine in heavily pressured rivers where they are very rarely fished. Besides they are beautifully elegant and fun to tie. Glad to see others rediscovering them.

Stewart was light years ahead in his thinking. But he also had to catch fish to eat, makes you think?