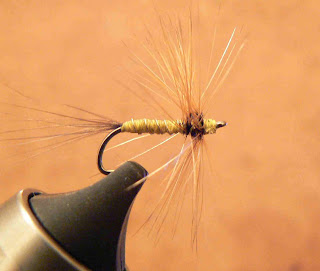 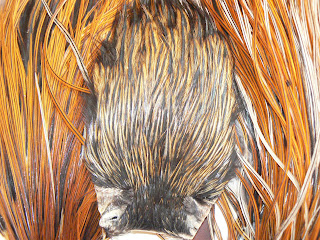 Posted by Becks and Brown Trout at 22:25

I always have a soft spot for the Greenwells Glory because as well as being an angler he was one of the founding fathers of the study of British Archaeology, writing is opus British Barrows in 1877 which has pride of place on my bookshelf.

Would love to see a picture of one of your ties, its not a pattern you hear about very much over here

I will dig a few out and put some pics up.

I have added a shot of a Greenwell . You can vary the body shade a lot I tend to have a range from the one illustrated right through to dull Olive green

thanks for adding the picture !

thanks for adding the picture of the Greenwell's