An interesting effect that Covid has had is that fishing has been mentioned on the news and social media a great deal, with  fly fishing in particular being hailed  for its therapeutic qualities . It perhaps feels strange to some  that such an abstract obsession can have such a positive effect on your psyche, for me it just reinforces what I have always known that it is the closest thing to meditation I have ever indulged in .  My wife also acknowledges the benefit always referring to it as my Prozac.  The effects are very real and the club I help to run has seen a big increase in membership enquiries ,  the waiting list is longer now than I ever remember clearly people are looking for something different . 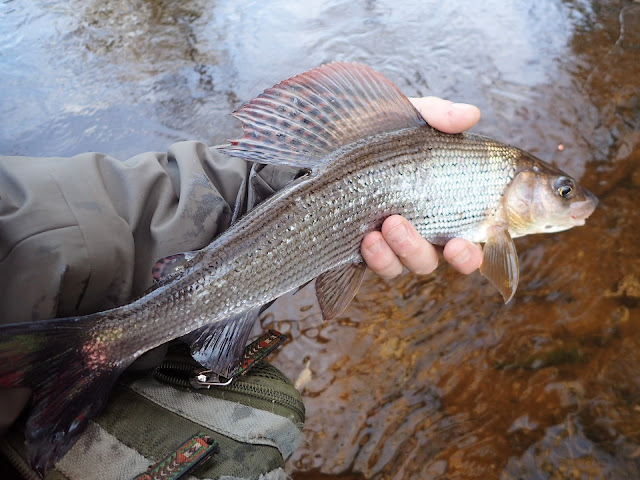 Anyway as i have mentioned on the blog before the blame for the obsession sits firmly on the shoulders of my dear departed Dad . It was seeing him bring a fish home that triggered the obsession and then it fell to him to take me out fishing, not nearly often enough for me as a youngster but I guess like all Dads he had other things to worry about. Indeed I owe my very existence to my Fathers love of fishing . He was fishing around the local lake as a young man and met my mum when she was introduced to him, she was the sister in law of a another fishing friend. My mum even used to fish with him when they were courting.  I have a few photos of them from their early days ,  rivers and countryside feature in many .
However apart from the love of fishing and the memories What he did leave me was his love of a certain fish and now probably my favourite too. he was a Coarse angler and loved the Roach but the Grayling  Ah the grayling that was his favourite river fish and these days it is mine  ,  I remember fishing the Yorkshire  Derwent with him about half a century ago and he caught one that at the time seemed huge and was probably around the magical 2lb mark I really don`t recall him ever being so excited at the capture of anything else.
Apart from his rod and reel There was just one other thing passed to me and it came in the box of possessions from his room at the care home and that was his favourite flat cap.  I must admit that the box remained  un touched in my office for a year or more. There is something very sad  about the clothes and most personal possessions from a passed loved one.  But when i eventually felt like sorting the box out I spied the hat and I thought the best thing I could do with it was to take it with me fishing especially for the old fellas favourite fish.  So the hat now lives in my tackle bag I am sure Dad would approve. 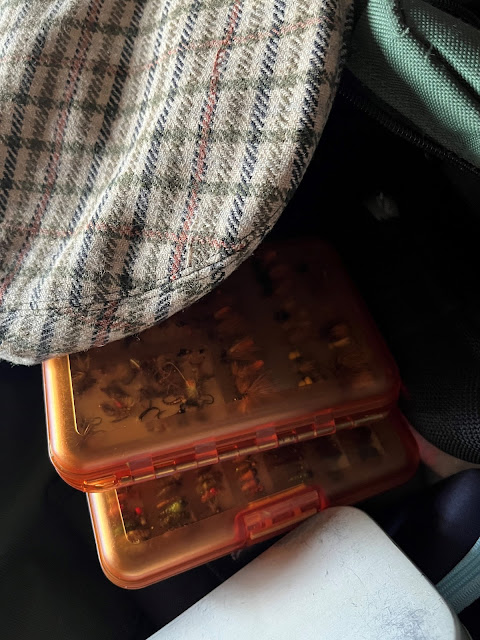 So last week I was out on the river fly fishing for Grayling ,  The day was cold , a little breezy but the grayling eventually came out to play for an hour or so. My dads hat was doffed to the best fish of the day pictured above ,  I am sure he would have appreciated the gesture.  I think it brought me luck. It will definitely be on my head again when I pursue the lady of the stream.

Posted by Becks and Brown Trout at 12:08

A lovely gesture and post. My son has just turned 1. I hope we get to spend time fishing together in the future.

Although I can't thank my dad for getting me into fishing I definitely owe him thanks for helping me with it! My dad had fished in his younger days, but he was never a big fisherman and when he did it was mainly boat fishing off the Yorkshire coast. However he did help me get started and fostered my passion (obsession?!) for fly fishing. Unfortunately due to Covid and and autoimmune disease I don't get the time with him I would like.

Keep tight a hold of those wonderful memories.

I was very lucky I had a Father who fished freshwater and a Grandfather who sea fished and I enjoyed fishing with both of them. these days I fish with my Son and my Daughter has an interest to