Waking up at last

So it has been a very strange year . It is as if  the weather was waltzing it wasn't quick quick slow it was cold cold hot then cold again..  After a long cold early spring Easter towards the end of April was the warmest on record ,  bringing out thousands of tourists and a few rising fish.  Then the beginning of May has been cold again .  With that horrible lazy cold wind , lazy because it couldn't be bothered to go around you it just went straight through you . 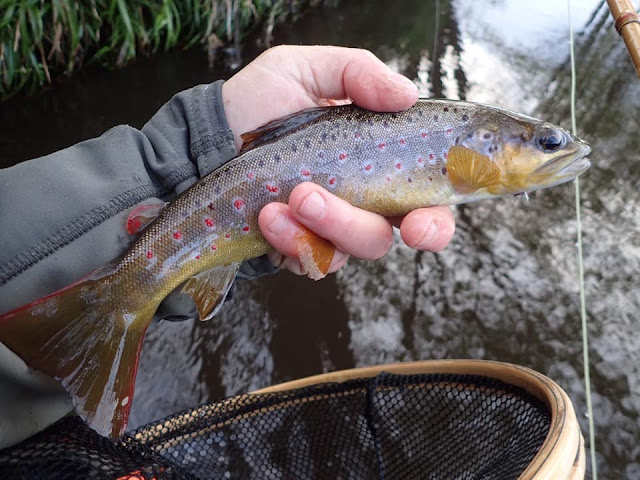 My usual early season rampant enthusiasm has been tempered somewhat by the cold weather , fishing has been hard the rivers are very low after the dry winter and they are crystal clear, combine that with bright sunshine and cold temperatures fly fishing is going to be slow.  Although this year we are already seeing huge numbers of aphids and yes the fish are taking them upwing hatches are rare.  Size 24 s and lower are the order of the day for them.


As I write this the weather has at last warmed up .  Heading towards 20 C today , I must make an effort to get out one evening . The "evening rise " you know  it makes me feel better just saying it .  There is something very special about being on a river as the light goes and the Olives are hatching . Listening t the sound of rising fish . 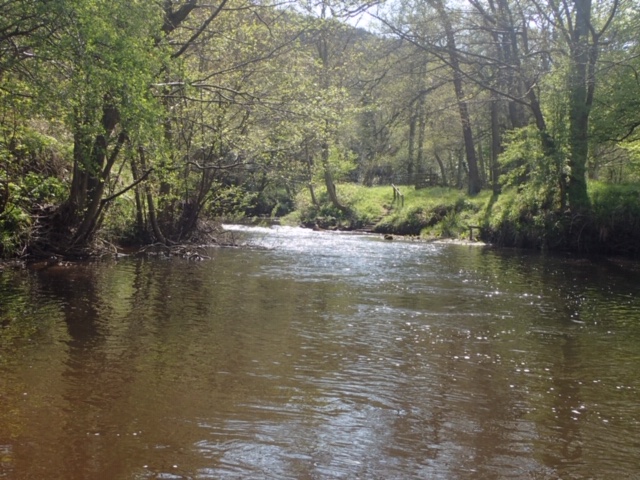 The above was a fish from the other evening , A perfect example of a wild fish .  Someone asked me the other day what was the biggest fish I had caught last season ,  you know I really couldn't remember .  I could remember a few different ones . I can remember the fish I got to take a dry after making a hero cast under a overhanging bush where there was about a 9 inch gap.  I can remember the fish I caught high up in the headwaters where the moorland feeder stream was brown and the fish was almost black and the spots were like drops of blood .  But the largest well actually i can remember it was on the Itchen a southern and very posh chalk stream .  Probably about 4 lb and noteworthy only for its size . It had obviously spent a long time in the hatchery .  Although it had been in a while and slimmed of a bit ,  in Hogwarts terms to would have been a mud blood and definitely not pure blooded . 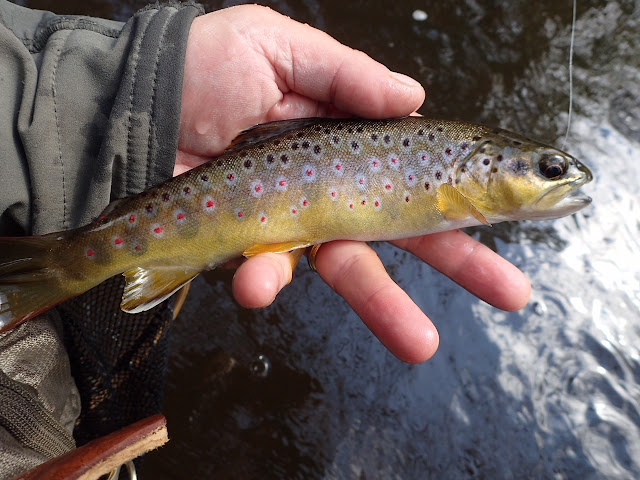 One factor that I find encouraging is that these days the enquiries we receive to join the fly fishing club I help run is the tendency for people to want wild brown trout and grayling , I hope it is a sign of people wanting more than the flabby stump tailed stockies that seem to grace so many social media pages .  Most of the rivers I fish these days have excellent wild fish stocks and in those a pound fish is a good one . A two pounder is something to celebrate .  Which is partly why I have started to fish two weights more and more .  They are absolutely a practical fishing tool.  Not a toy as I sometimes read in the fishing press .  I have four now ,  from a magic wand of a 6ft 2wt Winston all the way up to a 9ft 6" 2 wt which is a very effective nymphing rod .  I think getting the right line for them is a bit more of a challenge than rods with a heavier weighting ,but get it right and they are brilliant.  A fish like the one above gives a good account of itself on such tackle..

Living in Norfolk I miss those, becks and rivers. Fantastic. Kind regards, John