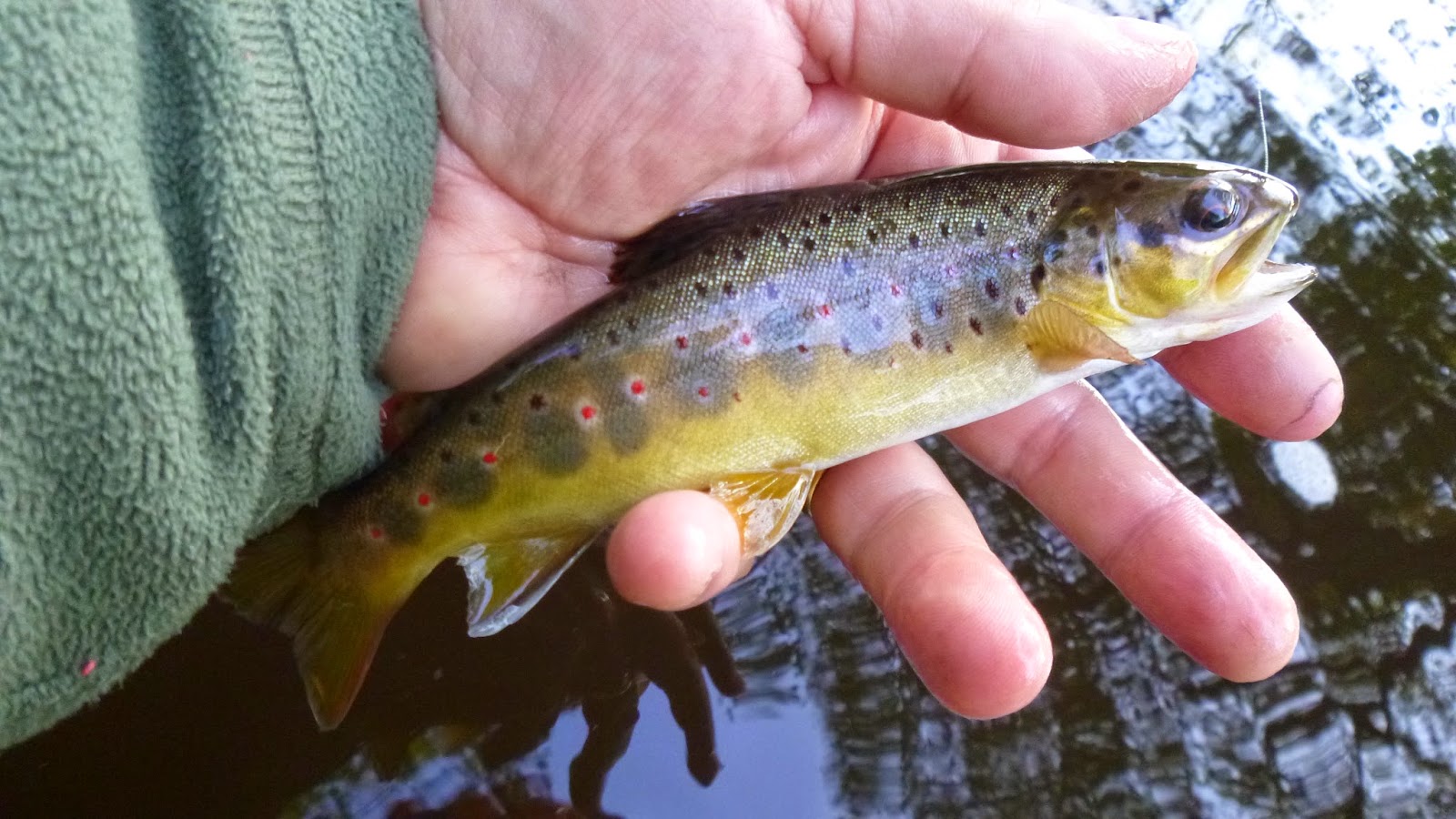 We have all fished in that delicious time of day when the daytime just seems to leak away and as the colours of the river change from their rich vibrancy into the monotones of night time there is a window when, just sometimes every fish in the river seems to start to feed.  Yesterday was such a time. 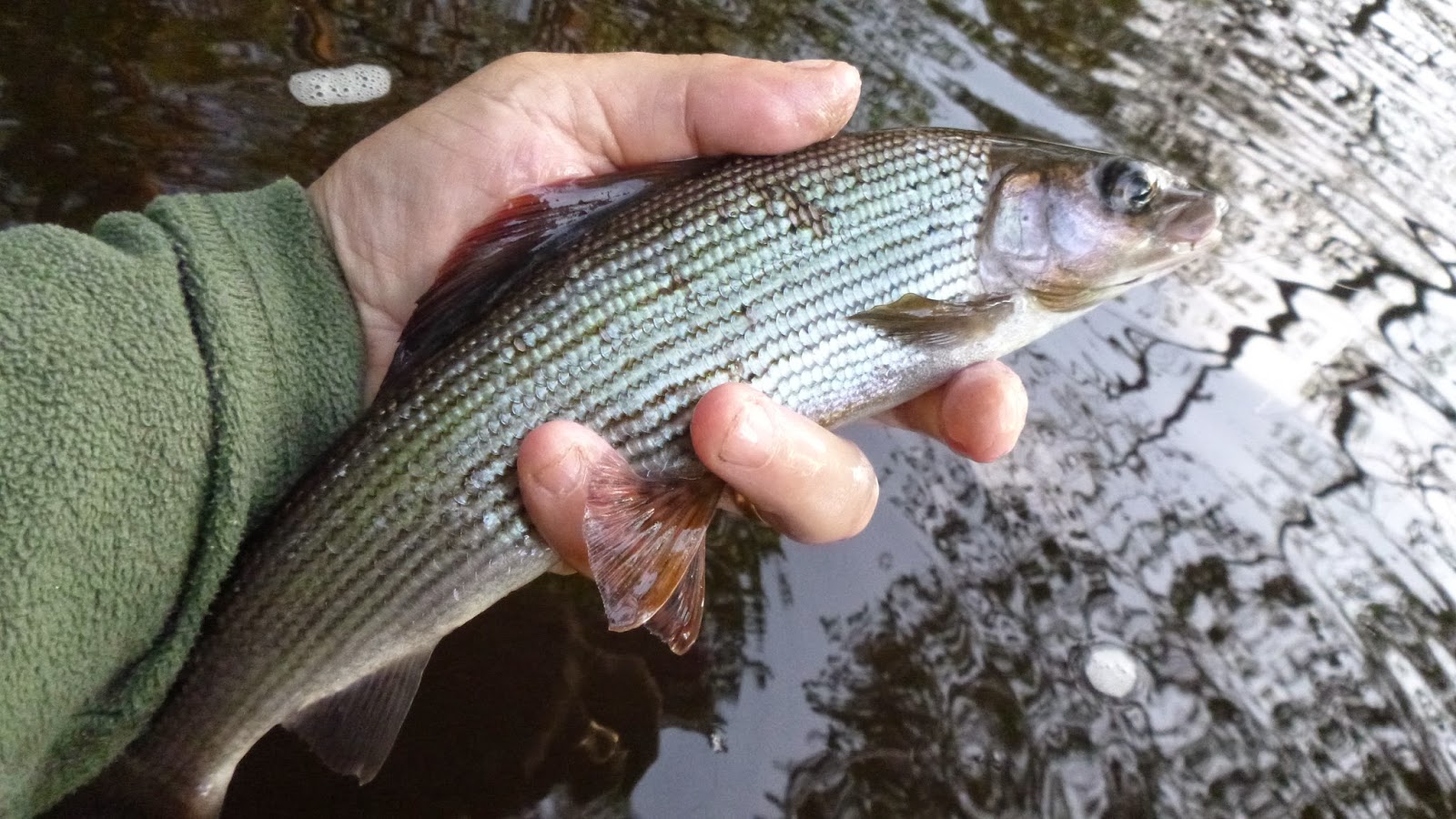 Although the river was still high and somewhat coloured my brief after dinner trip to the river was rewarded with an enthusiastic response from the piscine inhabitants .  Initially when I arrived at the river I was surprised to see a few other anglers around but most were leaving the bank rather than just starting to fish . I soon sussed that a short stretch upstream of me was pretty much  untouched and would keep me amused for a few hours . On this type of stream a couple of hundred yards of stream can keep me occupied for 2 to 3 hours.  There is so much variation and so many potential lies to fish the stream properly is pretty slow going.  I am constantly amazed as to how fast some anglers seem to fish through a length of river. 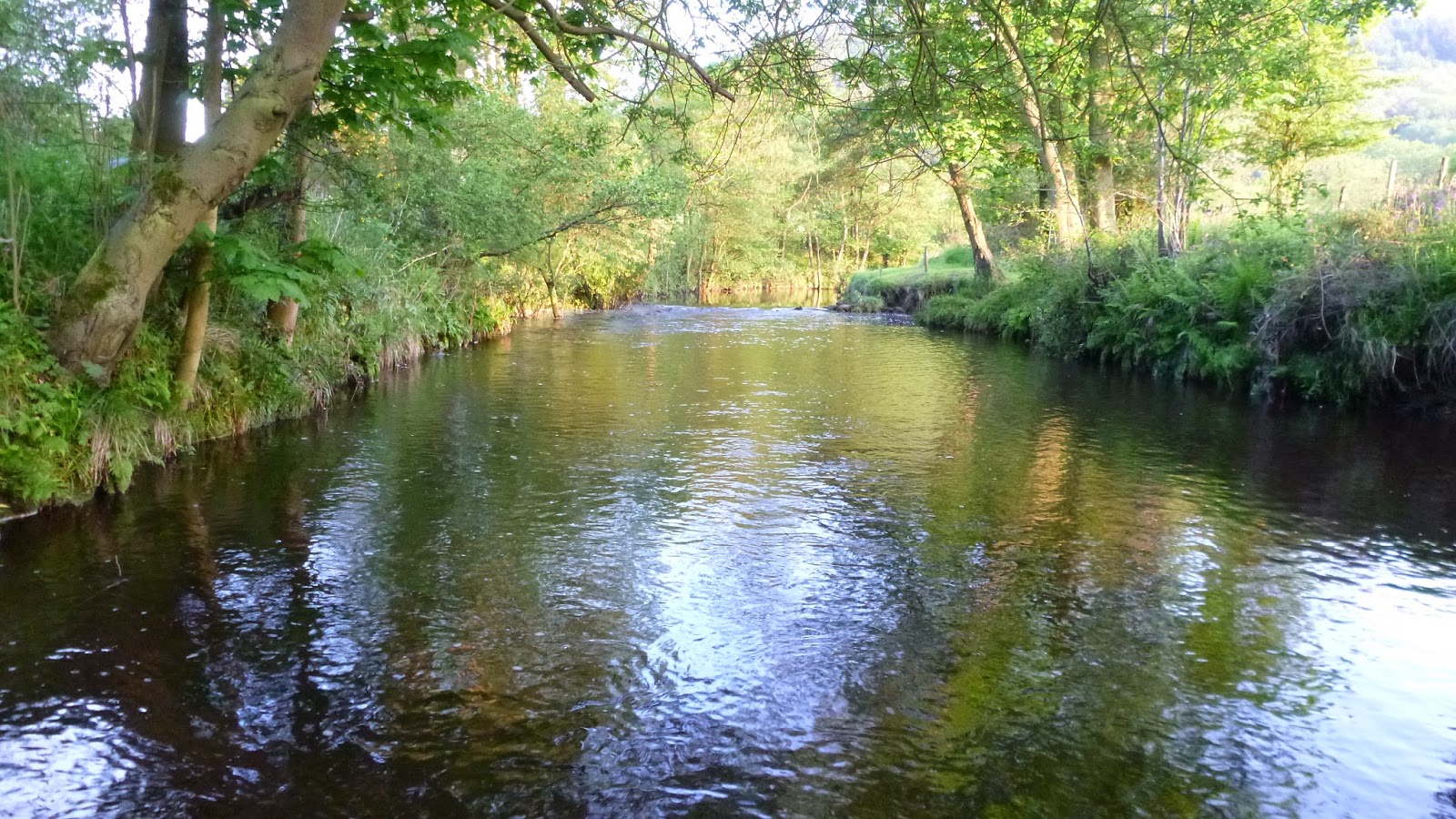 Although this stretch may appear pretty mundane but it is full of rocks and pots with the fish lying right across the stream and also tight into the bank. 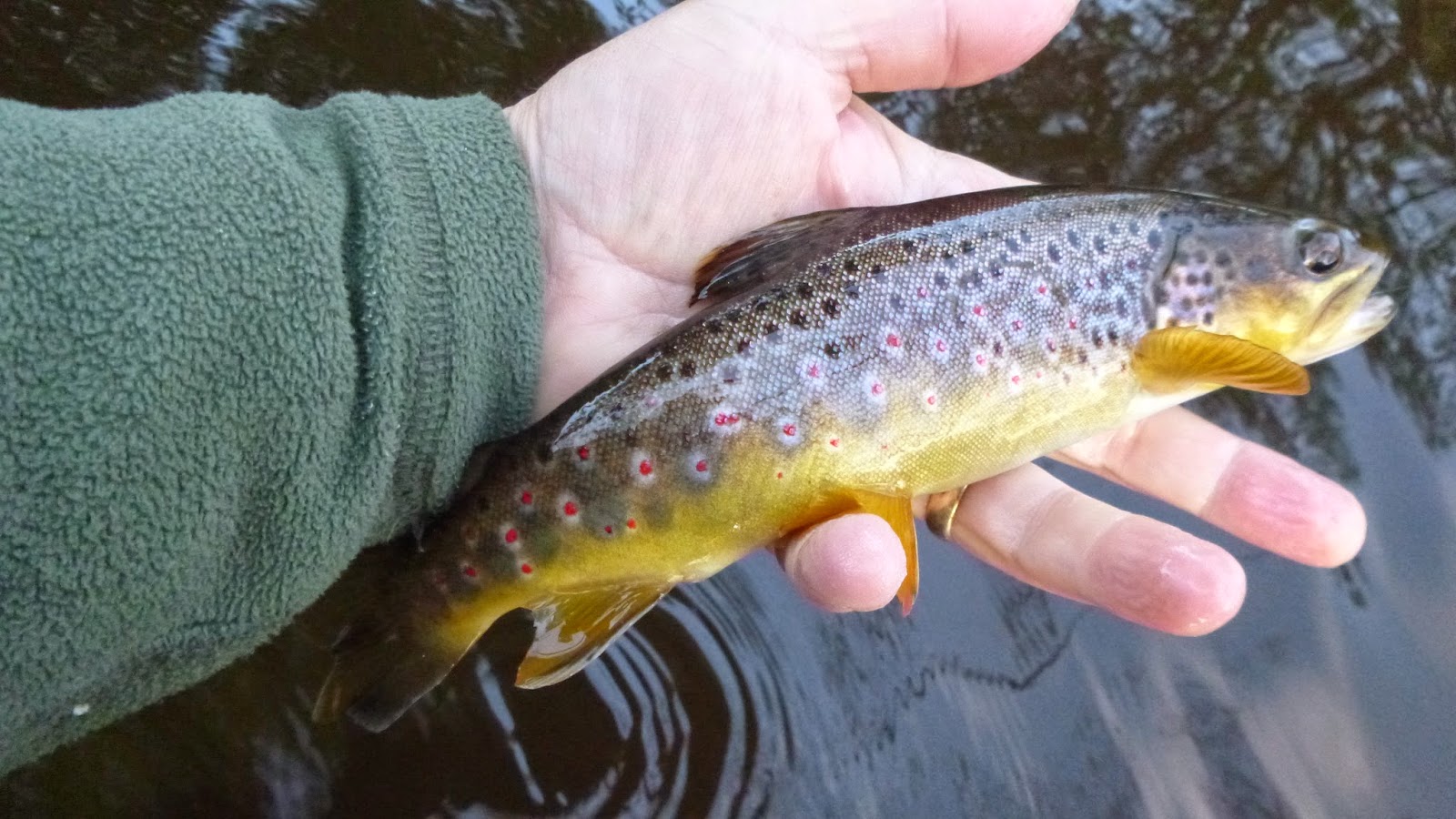 The little native brownies are all dark and heavily spotted ,  They are all plump and well fed and everyone was returned no the worst for the experience,  They rise freely and are great for sharpening ones reflexes,  On here a 12 inch fish is a very good one. On the evening all the fish came to a F Fly emerger size 18.  In under 3 hours I had about 25 or 30. 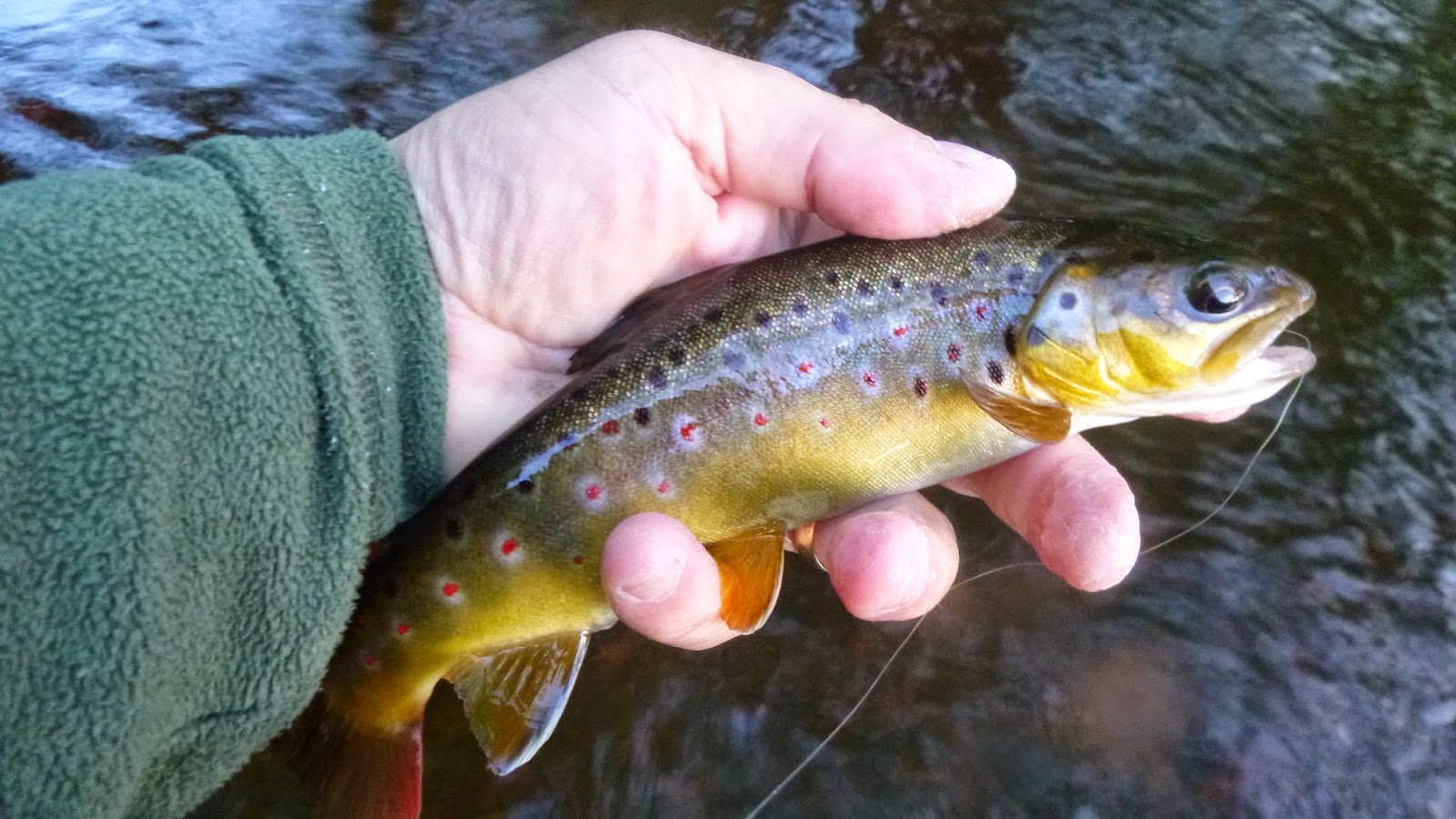 Before I started fishing I stood and chatted for 15 minutes with a fellow angler and club secretary this pre start conversation among other things endorsed my opinion that  we believed very many anglers waste too many opportunities waiting for those perfect conditions that all to often fail to meet expectations. Last  night just showed that. the river was too high and too mucky, the temp was to low and the wind was cool and downstream.  But apparently for an hour or so the fish thought conditions perfect. 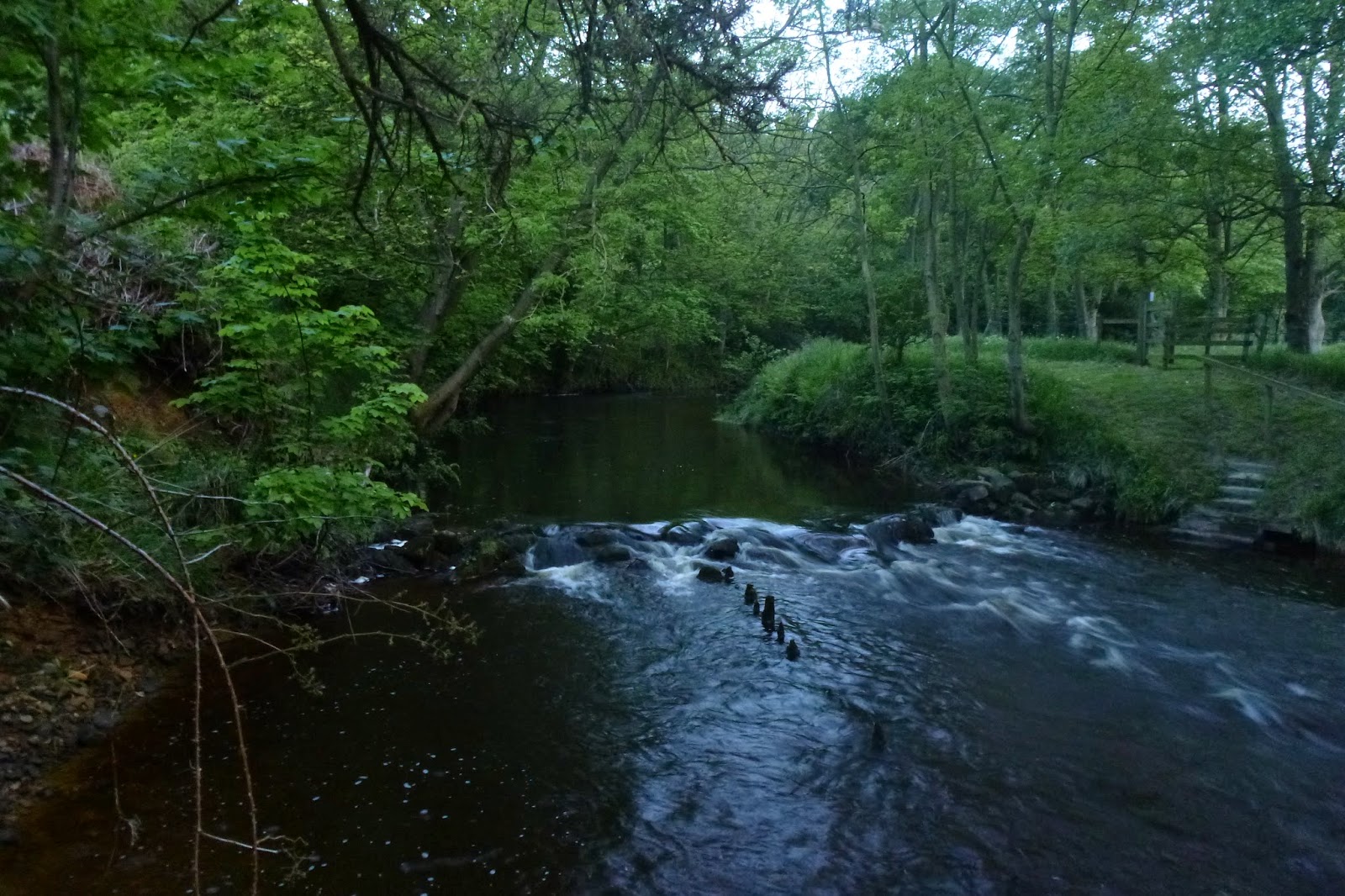 Posted by Becks and Brown Trout at 19:37

Very nice that you were able to enjoy casting to rising fish at a beautiful time of day!

A great way to spend the evening Andy, love the red spots on those trout.