Was just answering a comment on here and noticed page views just passing 50000.  From the look of the stats it was a visitor from Doncaster.  So thanks to him or her and to all the people who read my ramblings. Strange thing this blogging . I never thought when I started it so many people would read it and from so many  places.

Anyway who and wherever you all are thanks.....

I reckon most who read this from the UK will relate to this.  Apologies from those of you from the nice warm places in the world  whom I know read these ramblings.   This winter has been wet , cold and downright miserable.  The couple of fishing trips I have managed since the end of the trout season did little to fend of the encroaching shack nasties.  Trips to the river are largely  ltd to walking the dog.  I have even struggled to get the invertebrate monitoring done.  Something that at least gives me chance to have a paddle about in a stream. When I have been able to do it I have now got a new trainee. She is getting the hang of it but its slow work. 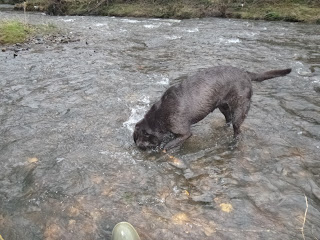 She thinks I am a bit of a tart bothering with waders and thermals she thinks you should just get in and go for it... 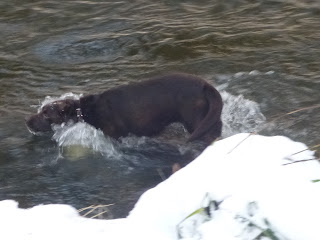 I reckon I should learn from her though it doesnt matter what the weather is doing or what else is going on nothing meets just messing about in the river.... 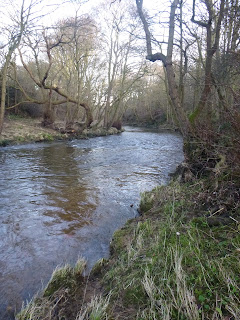 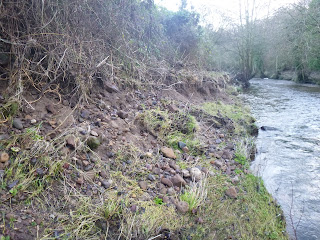 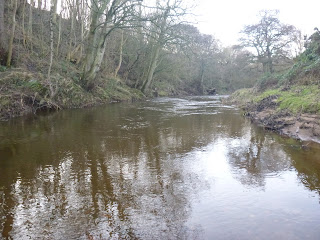 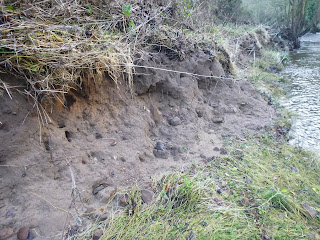 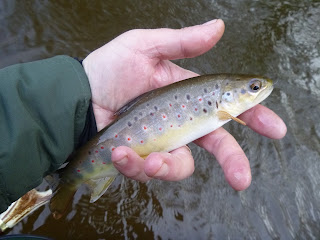 Right then in the Spring I prayed for rain and we ended up with the wettest summer on record... So now I am praying for a year of good fishing , I am not greedy not after British records maybe the odd PB ....Lets see how that prayer is answered.

Resolutions well....I intend to fish more and make more of an effort for Sea trout and Salmon on  the rivers of North Yorkshire I also want to try a few rivers that I have never fished.  The Wharfe, Eden , Clyde and Annan to name a few.....Oh yes and to continue to improve my tying which can be best described as functional. 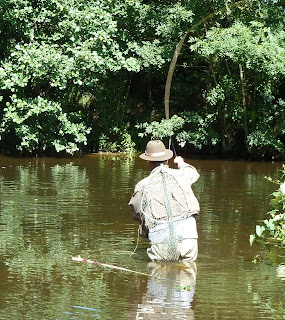